Poland may have stepped away from Eurovision for a few years, but now they’re back and in it to win it.

Mikolaj Dobrowolski, the head of the Polish delegation, recently spoke with our friends at Poland’s eurowizja.org. In a wide-ranging interview, which you can read here, he reveals that TVP decided to choose its contestant internally this year because of Poland’s poor showing in recent years. He pointed out that when the broadcaster bypassed the public and chose Edyta Gorniak back in ’94, she placed second.

“It was very hard to pick the best artist to represent Poland in 2014,” he says. “TVP didn’t participate in Eurovision 2012 and 2013, but the Polish broadcaster followed the contest to analyze everything. Now TVP really wants to win Eurovision and to change the bad PR of the contest in Poland.”

We really hope that the juries will respect their efforts this year. Donatan & Cleo are master satirists, and their song Slavic Girls is a brilliant send up of Polish stereotypes. The lyrics crack us up. “Cream and butter taste so good, we prepare for you delicious food.” Y’all make good songs, too!

Mr Dobrowolski also confirmed plans to continue their relationship with the Polish folk ensemble Mazowsze—the pretty ladies you see wearing traditional clothes in the video. The group helps them bridge old and new, traditional and modern. And boy do their dresses look nice!

Here’s the group in action.

What do you think of Poland’s chances? Can they overcome conservative juries and make the final? Do they deserve to? Poll: Who will win the second semi-final of Eurovision 2014? 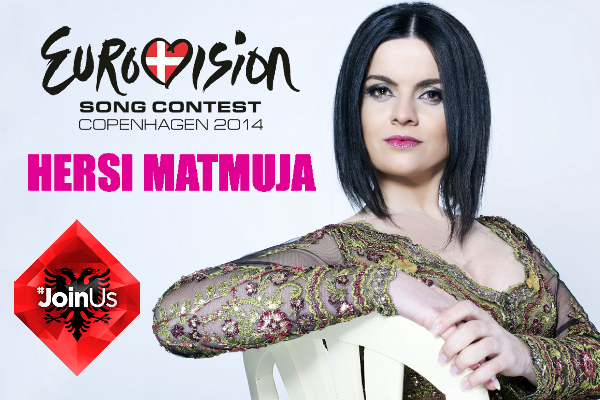 the official version is stiil unrevealed, however there is confirmed info that the song will be presented in 80% in polish and in 20% in english. The official lyrics you can find on eurovision.tv

I think this song will qualify in the final…I don’t like the song…never been keen on this sort of folk songs, although this is rather a mix of traditional song with commercial elements…Some very beautiful women in the video…I still feel a bit cheated, but want Poland to qualify. I don’t want this in top 10 though…

This song has lots of good elements, imo: good sound, a superbly crafted blend of folk and modern (unlike many others every year, which just thrust local sounds and push them around their songs), a tone aggressive enough to fit the welcome sarcasm… To top it all, I can easily buy Cleo’s “bad-ass” attitude. The instrumental bridge is delightful, and I do hope they bring it all to the stage and pull off edgy visuals.
Well done, Poland!

The staging should be pretty good with the help of Folk Professionals (TM). Maybe they’ll slip in a few special harmonies 🙂
Qualification looks more likely, but it still has to beat six other songs. The juries won’t be a problem if they perform well, just holding a big enough share of the televote in a tricky field.

I really hope this will qualify, and I think it had a chance considering the semi they’re in. Plus, I’m pretty sure Cleo sings pretty well live. If this does qualify I think it’ll probably get around 11-16

I love it and I think that the juries will love it, too.
Just go for the polish version, please!

they deserve to make the final, they deserve to be in the top 3!
But i’m sure the stupid juries won’t let Poland qualify. I hate the juries. They only like boring music.

I agree that the Polish version is more appealing. It flows too fast to get too much of an impact on the English anyway.

I love it! I’m just not sure if I love it more in Polish or English, but either way, it deserved a good placing!

I wonder when the official version will be released.