Ukrainian president Petro Poroshenko and his bloc are the hot favourites to win the elections. Zlata’s party—the nationalist and right-winged Radical Party of Oleh Lyashko—led the polls during the summer but have fallen to fourth place in the latest polls. In 2012 they earned one seat in the Ukrainian parliament, but have seen a swift rise in popularity following recent tensions.

The party seeks to create “a society of equal opportunity and universal welfare”. Lyashko, who is pro-European, promises to fight corruption and enact major political and economic reforms.

Zlata isn’t only focusing on her political career, though. She recently premiered her new single “Ice and Fire” together with Eurovision 2011 winner Eldar “Ell” Gasimov. 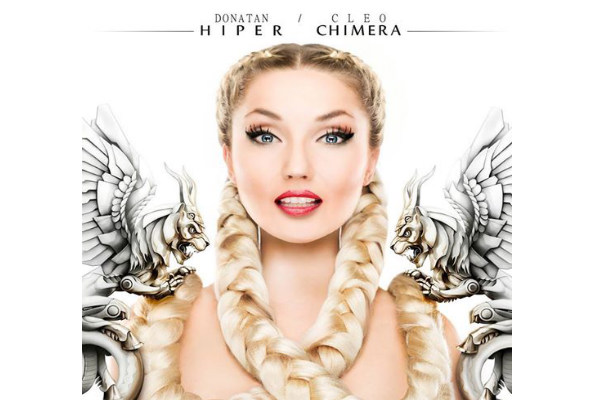 the party is left wing though…

I’m just concerned of her musical integrity and how this might tarnish her reputation in the music industry. That is all.

D, don’t know if you’re British but…in the UK it depends. I mean, the Conservatives (in power) are right wing, but they aren’t extreme. They are absolutely not intolerant etc, in fact, they put forward the gay marriage bill and got it passed.

The Labour Party who are left-wing aren’t progressive at all, they’ve destroyed the uk financially when they were in power before by letting too many people have free money on our welfare system, and having pretty much no criteria for an immigrant to be let in.

Well the Labour Party, and the EU.

I actually looked up her Political Party. It says that the party is a left-wing political party, not a right-wing. Just wanted to put that out there.

In certain countries “left-wing” and “right-wing” mean completely different things. In Western Europe and the US, left-wing generally is associated with being progressive, accepting, and all that while right-wing is old-fashioned, intolerant and stuff like that. However, in countries like Ukraine, left-wing basically means communist. The Radical Party seems really good for Ukraine and will hopefully assist Ukrainians in becoming less ex-Soviet and more European. I wish them and Zlata good luck.

So Zlata is the Ukrainian answer to the American Clay Aiken … another singer wanting to be involved with politics as if … I wonder if there is any politician who would like to be a carpenter or a backer? Just curiosity … because apparently it’s seems now acceptable to become something you don’t really have any knowledge, experience or suitable skills for. Plus: what is really the Ukrainian definition of “right-wing”? It’s just that “equality” and “right-wing” don’t seem to fit together in the same sentence … or maybe I have too much of an American/old European-esque vision of… Read more »

‘Equality’ so that’s why the black backing singer during her performance of ‘Gravity’ was the only one not featured in the camera shots?

appears to sit very oddly with

“The party seeks to create “a society of equal opportunity and universal welfare”. Lyashko, who is pro-European, promises to fight corruption and enact major political and economic reforms.”

This doesn’t fit with any description of right wing nationalism that I’ve ever seen!

Zlata is the second Eurovision contestant in Ukraine to run for parliament, the first one was Verka Serduchka who eventually withdrew after having low ratings at the surveys. Should Zlata win, she’d be the second Eurovision contestant as well to have a post at the Ukranian Government. The first one was Ruslana who was appointed as the adviser to the President and Prime Minister of Ukraine after winning the Eurovision in 2004.