Ireland chooses its Eurovision 2015 representative tonight. Who will it be? Erika Selin and Nikki Kavanagh have dominated the headlines, but Kat Mahon and Molly Sterling could prove to be dark horses. Is it even safe to write off Alex Saint? Anything could happen. As always, we’ve attempted to look into a crystal ball and provide some kind of forecast for who will win. The results of our Eurosong 2015 fan poll, the results of the Wiwi Jury and the latest odds from Paddy Power have been combined. And it’s too close to call.

The Positive: You can tell that Erika has a Swedish team behind her because this is absolutely amazing. Easily my favourite song in the selection, this is country music meets Avicii. The lyrics smack of empowerment and a woman in control, yet it will appeal to anyone who has ever felt on the margins. Erika, if you don’t win please participate in Melodifestivalen next year. Europe needs to know you.

The Negative: “Wake Me Up” by Avicii was annoying when it dominated the charts the first time and this cheap rip off borders on excruciating. Swedish production qualities make this more bearable than most of what’s on offer here but not much more. This makes me want to hit the stop button, not the dance floor.

The Postitive: This is so much better than Amber’s “Warrior”, and the song sticks with me a lot longer. It’s a great melody and Nikki surely gives it her all. I’m still recovering from the blank space/hot mess that was Kasey Smith last year, and I’m determined to have high hopes that Nikki will bring back my trust in my beloved Celts, should she make it to Vienna. Werk it girl!!

The Negative: I don’t know what to think about this, it’s fine, but I’m worried it would leave Ireland in last place again. Also not sure whether it’s too high for Nikki and if she is struggling to reach her high notes (hence all the shouting). Accompanied by random drum beats and uneventful background music, I’m not jumping on the bandwagon with this one.

The Positive: This has a very “A Thousand Miles” vibe and Molly has a stunning voice. It may lack in-your-face attitude but as the Common Linnets show a flashy presentation isn’t everything. Sometimes subtlety wins out.

The Negative: I am slightly underwhelmed here. It’s a very nice everyday ballad, but forgettable, I’m afraid. Molly is extremely talented and has a bright future ahead of her. However, this is not the song that will restore Ireland’s former glory.

4. Kat Mahon “Anybody Got A Shoulder” (Joint)

The Positive: I am a sucker for this song, great chord progressions and a soothing voice. However, it’s just not Eurovision 2015, maybe Eurovision 1980. Saying that, it does have a chance of standing out and being different, it would be nice to see Ireland win with a song like this again.

The Negative: I think I just stepped into some sort of Andrew Lloyd Webber off-Broadway musical. She’s sitting on stage in rags, with fake rain pouring down, begging someone for a shoulder to cry on, and in the background there is a lonely chimney sweeper doing an inprov dance number. End scene! Nope, it’s a nice song and all, but this would fall completely flat on its arse in Eurovision. And then Kat would REALLY need a shoulder to cry on.

Read: “Anybody Got A Shoulder Lyrics”
Watch: Kat Mahon Interview

The Positive: This is my favourite of all the Irish contenders. I especially like the unexpected mix of hip hop, ’60s Motown vocal group styles and modern electronica. But as sweet as the song is, tragically hip hop never really does well at Eurovision. However, being a Eurosong finalist will no doubt benefit Alex Saint in other ways, so good luck to him.

The Negative: She may be fine, but her song is seriously fug. I fail to believe that Ireland’s RTE received worse songs than this, making me think they included it solely for variety, or as a way to rig the selection for their preferred singer. It’s watered down Motown mixed with limp rap, and managed to combine the worst of both genres.

This comes with a few caveats. Firstly, all of the songs were reviewed by the Wiwi Jury using official music videos or demos. Therefore these rankings and assessments do not account for staging or live vocals. Secondly, our fan poll, which attracted more than two thousand votes, was open to readers all over the world. Voting on tonight’s show will be restricted to just Irish viewers (and UK viewers, due to a special number for those in the North). Thirdly, the official combined vote will only include jury and public votes. The bookies obviously have no say, we’ve just included them here to add a sense of what those outside the Eurovision bubble are thinking.

You can see the full breakdown of all the odds and results below. 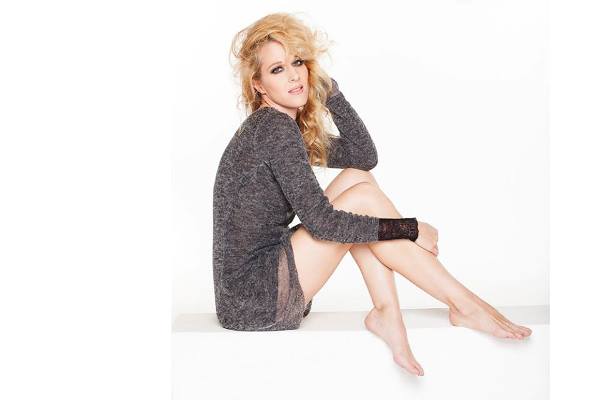 It has to be said that RTE put on a wonderful selection programme every year. Just the right amount of nostalgia, humour, opinion and information. Light years ahead of anything we’ve had in the UK for decades.

Why do they spend so much time doing random stuff on this show and talking about the songs? They could’ve gotten 15 other songs into this show in the amount of time they spend with nostalgic segments like it’s still 1995 and the Irish are winning a lot…

Is it me, or the two “favorites” for the win screwed?

Nevertheless, song #5 had the perfect sounding from beginning till end.

Molly Sterling had a wonderful performance, as I expected.

After the live performance:

OMG the panel is OLD… they like the second song because it is OLD FASHIONED……..

Europe wants Alex and the MJ’s. Nobody wants any of the female singer. She’s so fine will represent Ireland in Vienna. Thank’s god!

Nikki is down to 1/2 with Paddy Power. I’m slightly puzzled as to why she is such a red hot favourite : it looks a wide open Eurosong to me

Mario The Vision of Gay Love *WHY ME* If The End Comes *Only Gay Love Survives*!

I really won’t mind if any song by the 4 girls gets the victory tonight as they are all liked by me..

Dhani, tbh there was really no other option in this one. Alex’s song is disastrous.

Molly or Nikki, I’d like either of them to win. Although Erika wouldn’t be a bad choice. The other two are crap.

lol, in wiwibbloggs website, always women at top and bottom is all the male acts