It’s not long until Melodi Grand Prix, Norway’s selection for the Eurovision Song Contest 2015! On March 14, the Norwegian song selection will take place at the Oslo Spektrum in Norway’s capital. We recently had a chance to talk with one of the contestants, Marie Klåpbakken, who talked about her song “Ta meg tilbake”.

Hello Marie. Congrats for making it to the Norwegian national selection. How do you feel?

It is a great honour to be a part of MGP, I’m really exited!

What did you decide to submit a song to Melodi Grand Prix?

I performed with Helene Bøksle on MGP in 2011 and thought it was a wonderful experience. I never dreamed or thought that I could be relevant for Melodi Grand Prix before my record company MER came with the proposal after they had a meeting with the MGP committee. I really wanted to participate, but was also a little scared. It took some time before I dared to say yes, and now I’m really looking forward to this adventure!

Some readers outside Norway might not know much about you. Could you tell us about yourself?

Most people know me as the girl who plays violin and as a backing vocalist with other artists. But in 2012 I released my debut album Framtida which means “The future”. I got eight amazing reviews where they rolled five on the dice. The Norwegian broacaster, NRK P1 listed three of my singles (“To unge vakre”, “Sommardrøm”, “Uro”). I have also been on many tours, recordings, television projects.
I started as a classical violinist and changed to folk music at the age of 18. I took a master’s degree in folk music from the Norwegian Academy of Music in Oslo directly after high school. It has taken me a few years to find my own sound, but now I feel like I’m home both with vocals and violin.

Your song is called “Ta meg tilbake”. What is your song about?

“Ta meg tilbake/Take me back” is a song about the journey in life, and a desire to go back to when the days were innocent. I met my colleague Olav Tronsmoen and we started to write a song, thinking on MGP, and the words “ta meg tilbake/take me back” came across and suddenly we had a story and a sketch to send to my producer Alf Magne Hillestad. He started making the landscape around the song. After a few sessions in studio I still needed a little more help and called my good friend and co-writer Linn Hege Sagen. We finished the song together, and the final product is the song I’m going to perform on Saturday.

You’re singing in Norwegian. Do you think that’s an advantage?

I only write songs in Norwegian – it is natural for me to sing in my native language. When I sing in my own language, I represent the former spirit of Melodi Grand Prix when artists had to sing in their native language. It might suit extra well since it’s the 60th anniversary, but I don’t know if it is an advantage.

Have you heard the other competing songs? If so, what are your favourites?

I like them all, but if I can’t win it has to be Erlend Bratland with the song “Thunderstruck”.

What do you want to get out of Melodi Grand Prix?

I hope to impress the audience 🙂

Are you a Eurovision fan? Do you watch Eurovision?

I don’t have any Eurovision traditions other than watch the Eurovision finals with my family. I like the variations of the artists and I like the idea that Eurovision is a stage for all musical genres. The songs and stage performance are in focus.

Secret Garden with “Nocturne” and Alexander Rybak with “Fairytale”. Perhaps the violin is a good Eurovision weapon 😉

What would it mean for you to represent Norway in the biggest song contest in the world?

It would be absolutely amazing!!!

Have you released any albums? What song would you recommend our readers to listen to?

I released my first album Framtida/Future in 2012 and a few singles. I would recommend to listen to my song «eksistens».

What’s your relationship with the fiddle?

What’s the best advice ever given to you?

Prepare the best possible way before a performance as you can – both mentally and physically, and be the real you.

I want to thank the readers who wanted to get to know me a little better. And hope that they will continue to follow me into the MGP adventure. Perhaps we’ll meet in Vienna!

Thank you for the interview from all of us at wiwibloggs. We wish you the very best of luck in Melodi Grand Prix 2015.

You’re welcome and thank you! 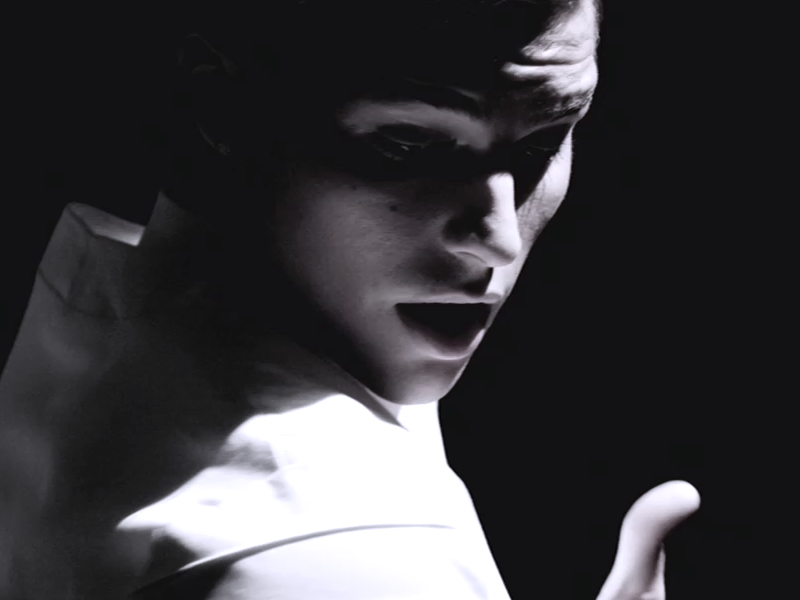