Plenty of Eurovision and Melodifestivalen stars have performed at Sommarkrysset this year, but few were as hotly anticipated as Loreen, who dropped a sizzling performance of her new single “I’m In It With You”. As well as the usual word puzzle game, she had a black and white effect, a fence, and an incredibly shiny septum piercing – need we say more?

Although our view is limited, Loreen’s live vocals more than make up for it. Anyone who doubted her new single was memorable enough to stand up against previous successes “Euphoria” and “My Heart is Refusing Me” has been proved wrong. Eat it!

We’ve only heard two singles from Loreen’s upcoming album “Paperlight” and we’re already obsessed. We live in hope that we’ll hear even more new music from the Queen of Sweden before the end of 2015. 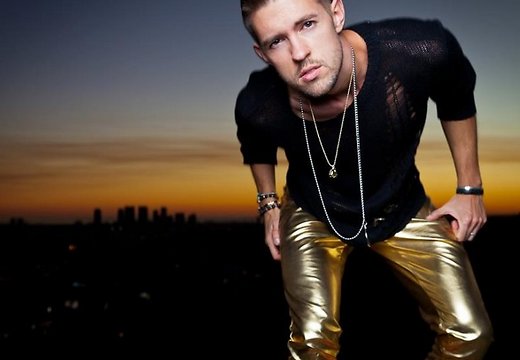 Latvia: Markus Riva pulls out his selfie stick for “Take Me Away” Has anyone realised that Loreen has actually become a mixture of John Lennon and Yoko Ono. Seriously, she looks like she could be their daughter.

Loreen is such a talent!! I love everything about this girl and I absolutely love every song she has ever released since she first came to my attention with “Euphoria”, which remains my favorite ever Eurovision winning song. Im really surprised that Loreen hasn’t had more successes outside of Sweden, this girl should be breaking the charts of the UK and the US. The best act to come out of Eurovision, in my opinion and I really dont see oher Eurovision winner leaving as much of an impact on me after the contest that Loreen has. This girl can sing… Read more »

The bottom line is … people will only like Loreen’s music for as long as it remains uptempo … and it doesn’t even matter whatever she’s singing about…there’s got to be a beat in it … again … Eurovision and its compulsory-obsessive-EDM-syndrome that remains uncured preventing people from actually enjoying music … I can only imagine how traumatizing 2015’s edition must have been for a lot of people due to the quality of the music in it and the lack of uptempo bubblegum … You know what, Loreen you go girl … sing girl just sing … there are still… Read more »

@ Well i would go not go that far as have her even punch me but to just slap me on my face.. 😉 But with not a strong slap though.. 😛 I would do not want to feel any pain 😛
I hope that Loreen will manage to keep her #1 top spot on the annual top250 voting at the end of the year..
I really can not wait to both vote my own top10 & listen to the all new top250 on 31st December <3 😀

I have been listening to her new single 8In It With You* & it has grown on me & i like it more now <3 🙂 It is really good song & it screams Loreen all over on it during its 4 minutes of duration <3 In a way 4 me it will be like 2013 that Sweden will host again the Vision.. Loreen had stole the show in Malmo's Vision that she performed on both semifinal & big final..<3 I really want her to make a GreAtY comeback & be on the spotlight like she was back in 2013..… Read more »

#MarioVision ~ It Seems That The GreAtY Power You Had Is Now Missing My Dear Girl Loreen Talhaui.. :)

Loreen’s new songs unfortunately do not live the GreAtY expectations of her old songs of 2012 & 2013.. They are good but not great…And they are big let downs 4 the high standards of Loreen’s music.. I hope that her other songs in her upcoming 2nd new album *Paper Light* will be better indeed.. It seems that Loreen has lost that GreAtY power she had when she recoded her previous gem diamonds hits.. I hope that she will manage to find her lost inspiration & starts making again GreAtY songs like these ones.. Her 2013 song single *We Have The… Read more »

the tolmachevy sisters are going to be in Savva: Heart of Warrior alongside 3 other artists (JENYA OGURCOVA, BROTHERS GRIM AND FRENDO!)