After months of speculation and two rounds of auditions, Belarus has finally chosen its Eurovision 2016 representative. We saw ten acts compete in tonight’s national final, but there could only be one winner — IVAN with “Help You Fly”. Unlike in 2015, this year’s result was decided by 100% televote.

As we reported in 2014, Ivan was meant to represent Russia in a revived Intervision Song Contest — but it never took place.

The show came to us live from a specially prepared studio in Minsk. Olga Ryzhikova and TEO, the country’s Eurovision 2014 singer, were our hosts for the evening. During the interval they treated us to the first performance of their new duet. Alyona Lanskaya and other Belarusian stars performed during the interval. Review of the Belarus Eurovision 2016 song 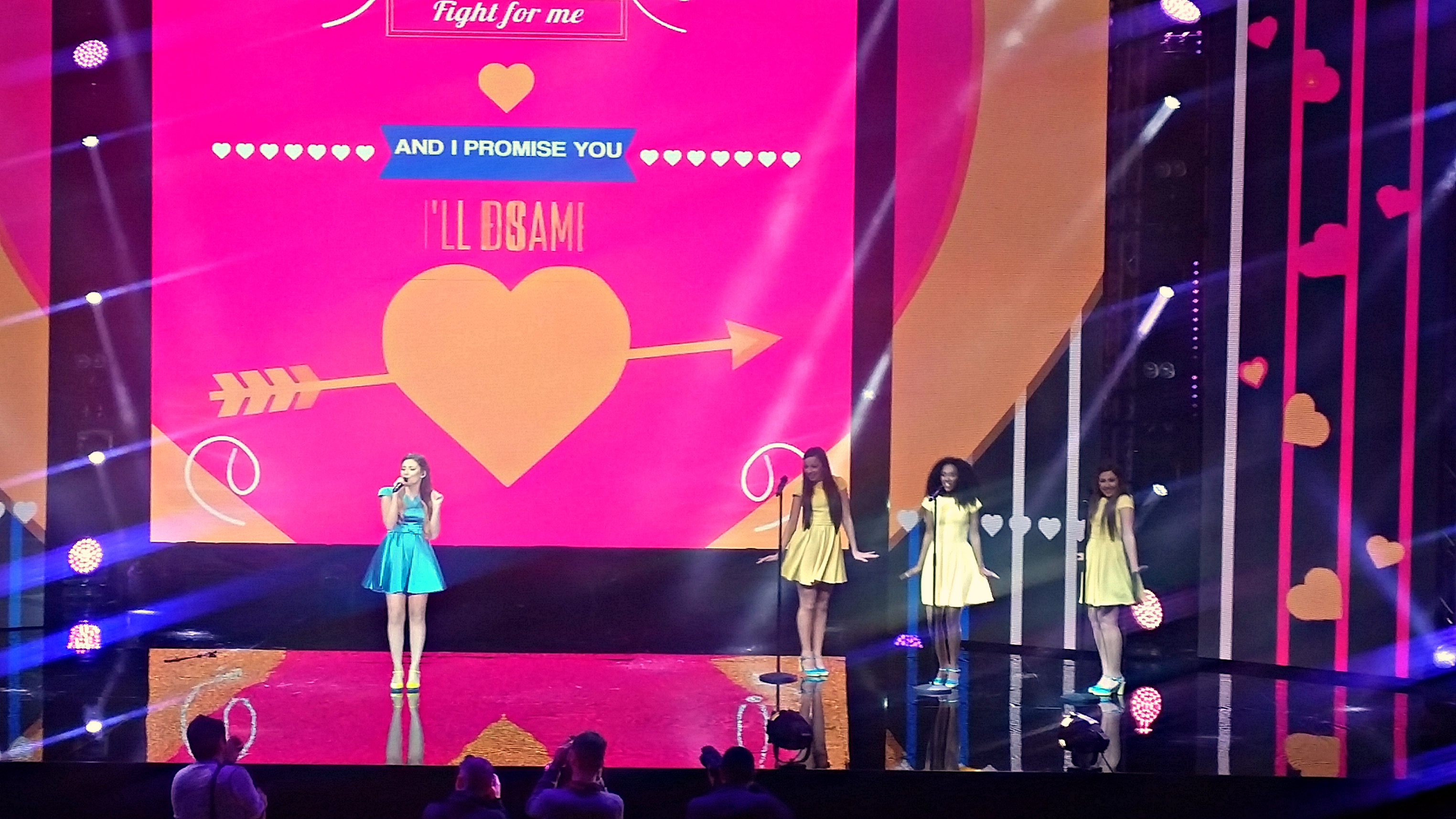 One of the best songs I’ve ever heard, although he really could work on his live vocals. I’ve been listening to this on repeat for the past week and it still doesn’t get old. Love it

he needs to improve the staging and live vocals, otherwise this is a good contender. i ADORE the studio version.

Authors of this song, wrote song for Russia 2012 Party for Everybody.

Why so many haters??? The song has potencial, is different than the saaaame boring pop songs, and the guy has an amazing personal voice.

Well done Belarus, you only need to improve some things but you have time.

It will probably be good if it’s open for more vocal and instrumental enhancements or a change of song (and personal looks, I’m sorry)

This song, this singer, this language: Awful. 1/10

What it is with Belarus fascination with sending 80’s rock songs with matching haircut? Have all these rockers been living in a time loop or something?
I am not going to say I’m surprised since it’s Belarus usual stuff but it won’t get anywhere.

Terrible choice! The song is just a nightmare and the singer has less charisma than a piece of bread. No final for Belarus again.

This is a song that will end up forgotten in the semi-final, unless they can bring some much needed spice to this song. Give it some oomph and revamp it.
It’s not too late to at least try to save this song.

Belarus and Albania covered themselves with shame. They really had better options, but they wasted it.

I read the comments before listening to the song, and I think the song is surprisingly ok (doesn’t scream “winner” of course, but it’s ok). The singer’s stage presence is a bit creepy though…

Wll, I wasn’t expecting anything from Belarus, so this is only too predictable…

This is really a bad song and singer is no better. They had much better songs there. How could public vote that much for Napoli or Ivan, I just can’t get it.

What a horrible song!

This is one of the disadvantages of national final selections – sometimes an awful song can win. I have always been thinking how the national broadcaster doesn’t mind these crap songs and how they can think this song will qualify for the final. I can tell you one thing for sure – the Belarussian television won’t change the song.

I think Belgium’s song is rellly good !! Its just so underrated 🙁 But i see 4 other tops with Belgium at 1 and that makes me so happy 🙂 Peace <3

@ESC 4ever same order, Belgium’s song is getting so much hate and I think it’s so new, fresh and catchy!!! Definetly my favourite, Belarus had a terrible national final, I guess this was the only one that’s not terrible.

Maxine,Ira or Cristabelle need to win MESC !! <3
Peace & Yo what's the pressure

Nothing special…. This song starts good but end up awful! Its my third right now :/ Oh and i’m new to wiwibloggs

My top 4:
1-Belgium
2-Albania
3-Belarus
4-Ireland,sorry its a bad song why so much hype about it?

Leather pants and LED effects…… This is quite familiar? LOL

Tho the song itself is not the worst thing have heard.

I missed the zombies, but his presentation was good (visually, because the song is very bad). The zombies would’ve done better

Called it.
I think I might actually get behind an entry from Belarus for the very first time.

Also I appreciate those background visuals 🙂

And are we going to have guy by a guy songs from now on?

The studio version is thousand times better, don’t know why he didn’t bring to the stage those effects, sounds and backvocals. I love the song and is my first so far, but I think he has to do something more, he just stand up and move his arms.

Well, i think this is not that bad, actually it has some potential for me (of qualifying of course) We’ll see, with a good staging this can do well, apparently 75% of his performance lays on what we see, and i think it’s ok.

So many men this year! I actually think Laura could qualify now..

If Time didn’t do well, this certainly won’t do any better!

Not a good choice in Belarus to be honest. Anastasia or NAVI would’ve been much better…

Imo its the best chosen song so far 🙂 I like the singer’s voice, but he kinda looks dead on stage….

Once again, I’m one of the few persons that is happy about the Belarusian result (loved ‘Cheesecake’ and ‘Time’ as well). I mean it’s clearly not a winner but I’m positively surprised by the performance and the song overall. By the way I love his voice. Let’s just hope he didn’t rig the voting.
I could see this going to the final. We’ve had worse songs like this in the finals (Armenia 2013…).

Holy crap? I’m not sure about the vote results. Even ‘My Universe’ is still better than this one.

The song is simply awful!

Belarus must change the winner. “Flame” was million times more consolidated than this muck.

It’s interesting and has potential but Belarus can do better than this..

I have today I’m starting to worry that 2016 could be the worst Eurovision musically ever. I know only four counties have picked songs so fat put everyone just seems to want Mans wannabes this year. We need some fantastic entries from the next few national finals. Hopefully Ira Losco will win with Chamealeon tomorrow and really start the great songs coming.

Only Alexey Gross had seeds of some order and quality.