Plenty of fans forgot about Belarus and its representative IVAN after he won the National Selection with “Help You Fly” back in December. But if he has his way that won’t happen in Stockholm. The singer wants to shock Europe with extraordinary staging that includes naked men and wolves. Yes, we just said that.

Here is what IVAN’s producer Viktor Drobysh has to say about it, as reported by LifeNews.ru: Swedes are at a loss. Yes, Sasha (*Alexander) will be naked on stage, and, yes, there will be wolves. Actually, every person identifies himself as some totemic animal. Sometimes we suppress it, but not everyone can meet it face to face. We want everybody to feel this thin edge between human and nature.

We’ve already seen some nudity at Eurovision, like Slovakia’s Max Jason Mai in 2012 and Moldova’s Eduard Romanyuta in 2015, but none of them showed us anything below the waist. Also, they all failed to advanced to the final, so that is definitely not a good sign for IVAN. You can’t rely solely on your body, y’all! Not to mention that it may be off-putting to some broadcasters and, moreover, put an “18+” sign on the show.

However, IVAN doesn’t want to rely only on his body. He also wants to bring something that Eurovision hasn’t seen before — wolves. Yes, live wild animals. But wait, animals are forbidden at Eurovision, which is why we’re confused about his producer sounding so confident about it. Have they found a loophole in the rules? I guess we will have to wait and see. Also we should cross our fingers that IVAN’s wolves don’t get hungry and bite off his exposed member…Never forget that you are playing with predators!

And what do you think of that idea? Are you excited or terrified? Let us know in the comments below! 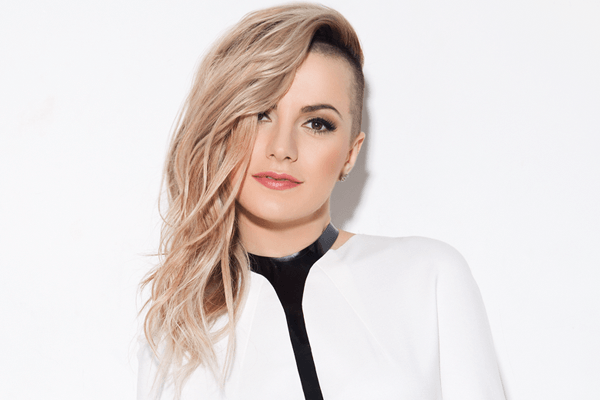 Nudity shouldn’t be 18+. It’s completely harmless and we should all be able to streak whenever, wherever…but that’s a totally different conversation.

I’m more worried about live animals onstage at that huge event. I would not be OK with that at all. I’m not worried though really. I don’t think he’ll be allowed to do either of these things but hey…smart PR move. Gets us talking about him.

Too late now oxyk. This piece of “news” has now spread like wildfire across the British press.

OK, it’s a FAKE. producer never spoke to LieNews. here’s the statement (in Russian). btw it’s the same Russian producer who worked for Natalia Podolskaya and grannies. as per producer words, Ivan will be in clothes and wolves will be on screens.

oh my. never quote that garbage bin lifenews.ru
on many occasions it reported things that never happened, and among people it have the name LieNews. I’m not going to consider this fake as a theme for discussion. stop sharing fakes

Although it is a mad idea, I would like to see it. 😛

So the song is about learning how to fly as your spirit wolf, or something like that? Nakedness is not necessary to stage that; the organisers will probably go with a small towel around his underwear area. As for real wolves, they would have to be contained for the audiences’ safety, but with screens and clever filming it might be possible to stage it effectively. The problem in my opinion is that no amount of stage gimmicks can hide the fact this song is dated by about 30 years. It needs a re-arrangement in the musical sense to make it… Read more »

Yeah, go for it. Whatever turns them on. Have you all forgotten the naked accordian player in the Cheesecake video? Perhaps they have a thing about naked body parts being in danger 🙂

How does this wolf thing fit into “help you fly”? I’ve heard of pigs flying, even donkeys flying, but for wolves it’s a new.
Wasn’t an eagle better suited for the job?

April Fool’s Day is not for another week, right?

Please. Being naked on stage bringing animals is just too plain extreme. Maybe Ivan could just retain the national final staging in Stockholm???

Each performance may consist of a maximum of six
people on stage. No live animals shall be allowed on
stage.

What about dead ones?

@Mark: No, nothing at all. This is just Belarus trying the Russian-desperate-for-votes-strategy and failing miserably at it …

Wolves? Nudity? Is he high!? Children watch this show dude. Besides wolves would be dangerous, they could try to kill you.

How does any of this have to do with the song?

I suspect he will have flesh colored underwear and possibly body paint to mimic the tribal lines he has on his face in his promo pictures.
Then maybe a with the help of smoke machines and smoke projections to cover him giving the illusion of nudity. To make it seem like he is walking naked through a forest. Which tbh could be brilliant if they can pull it off properly. But it’s Belarus so I won’t get my hopes up.

Please, can someone tell him that he needs a haircut? Thank you!

Please, can someone get his hair cut? Thank you!

@Charles: Bravo! WOLVES on stage? Are they nuts? This is not an NCAA college football game! One of those lights flashing the wrong way might freak out one or more of those wolves and they’ll dive right into the audience, and cause a stampede that might send someone to the hospital. Wolves is just going a bit too far. Even a trained animal is not always reliable to stay steady, even in the heat of chaos that is a raucous audience at ESC.

Well well well. Didn’t Dima Bilan also show his nipples in 2008? Did that do him any harm? But I don’t wanna see that guy naked on stage. The wolves, however, would be lovely 😉

He is so hot mmmm

THE EBU PLEASE DO SOMETHING ABOUT THIS
You cannot let somebody go naked to a family show!!!!!!!
Disqualify Belarus if they take this in question.

@MMs: Eurovision used to be far more of family show than today … after all after 16 years people are still asking why so many men jump in the audience and wonder where their wives are LOL So the issue here is not the nakedness (he would never show off his penis. Sergey from Russia would be way faster to do that first) .. but bringing animals to the stage is very unreliable and dangerous too. Thank God it all is a silly rumor and thank God the EBU has rules against this …

@ESCaddict; Can I ask them to lip sync? Pretty sure you’ll be more entertained that way since having proper critical thinking on the pathetic choices of some entries is not a quality that you possess. This is just a rumor that THANK GOD is not going to happen because it goes against the ESC rules. Now staging? If only the song was worth of any over the top LED and pyrotechnics bs … So yes when certain brains refuse to think properly they need to shut the f*** up whether u like it or not. Deal with it.

This might actually be the only fun part in this year’s contest, in the middle of so many boring songs. Except for the wolves. Don’t frighten the wolves with that tacky LED screen.

I hope “Help you fly” qualifies. Of course he won’t go naked on stage, don’t know in what are they thinking, but maybe they will bring wolves with the wall led, and the naked men the producer says(?). Coming from the conservative Belarus, I don’t see real naked men, sorry. I also think that they should concentrate more in a flying animal theme than in the wolf one, that doesn’t have anything to do with the lyrics. Re-reading the lyrics, they could have some poetry in them, maybe he is talking about going wild, leaving the civilization behind, meeting again… Read more »

Let’s face it: at least this will make the song memorable enough to qualify.

@Robyn
Definitely do that – release the flying rats into the crowd and watch everyone get pooped on!

Wtf do wolves and naked asses have to do with a song about accomplishment and willpower?

This song will not make the final.

@charles
The staging of songs is an important part of ESC. It gets votes & it is the part of the entertainment of the whole show. Comments like “shut the f*** up & just sing” are so stupid (not just because you can’t both shut up & sing). Artists should be allowed to be creative. If you don’t like it, suck it up, but don’t ask them to just sing.

It’s not really helping someone fly if you are prancing around naked on stage, is it? 😛

Belarus is actually a real dark horse this year. For me the best song from the Wild East this year.

OMG! I can’t believe this is real! Is he insane? I hope they won’t allow him to do this.

it won´t B worse than the Makemake`s burning piano last year. Hope, he´ll do a good show, something raunchy, counterpart to flat shallow entry from Russia.

Yes! BRING OUT THE CAMP! We need this to stare at.

Honestly, this is quite a weak song anyway. I kind of hope he will make a total kitsch of the performance to make it memorable if nothing. With standard performance, this kind of song just gets into oblivion. I hope it gets sillier so it can be in ”so bad it’s good” category, like Belorussian and Czech entry from 2008 or Jedward’s second try in 2012, or UK last year.

That makes the song worse

When you have a weak song, i guess you do this desperate things *sigh*, wont help you Belarus. Give it up.

If only Sergey decided to do that

It is a simple marketing move to attract the focus of European people and see if he sings with real wolves or not sing. Then show hologram of wolves and they all say: OMG

It’s ridiculous what some countries have to do to get attention.

i hope they put adverts on this act 🙂 animals on stage!!! stupid idea!!!

they will never get trough with this crap idea!!! pffff so pathetic….he should stay naked at home lol with his girlfriend and his domestic wolf!! lol ..wrong move!!! I’m quite sure this is a ridiculous idea to attract attention and media!! sorry Belarus not working with me!