Their participation in Eurovision 2017 is not yet confirmed. But Montenegro has filed a preliminary application to participate at the contest in Kyiv, giving them until October 10 to withdraw from proceedings without risk of a financial penalty. So basically they have RSVP’d but reserve the right to change their minds in the next three weeks.

Montenegro has not yet revealed how they will choose their Eurovision 2017 act should they compete. But since they returned to the contest in 2012, following a two-year absence, they have chosen their act internally (aka, the broadcaster picked behind closed doors).

They’ve only qualified for the final twice in their eight participations. These successes came back to back in 2014 and 2015 when they sent Balkan ballads — “Moj Svijet” from Sergej Cetkovic and “Adio” from Knez.

Sergej — surely you remember his figure skater — managed to climb to 19th place in the final. Then Knez — who tore it up with some fierce circular dancing — upped him by six places to come 13th, Montenegro’s best-ever finish.

Unfortunately the train of good fortune severely de-railed in Stockholm, with the rock boy band Highway finishing 13th in its semi-final and failing to qualify.

The Wiwi Jury — our in-house panel of musical unprofessionals — was not feeling the song, whose lyrics sounded somewhat misogynistic and dare we say rape-y. As one juror wrote:

Highway are perhaps trying to be quite sexy and seductive, talking about being “inside you” and “I’m gonna feel what my body knows”. But it comes across as quite predatory – he’s coming after her, whether she likes it or not. I like that Montenegro is sending one of their more unconventional acts (albeit an X Factorboyband transformed into a cod rock band) but the song lyrics just creep me out.

We should point out that Balkan ballads are not the only way for Montenegro to succeed.

In 2013 they sent the edgy fan favourite Who See featuring Nina Zizic. Their song “Igranka” managed to come fourth with the televoters in their semi-final. Sadly their potential success was undone by an unappreciative jury, and they finished 12th overall.

Are you excited that it looks like Montenegro will participate at Eurovision 2017? And what type of song do you want them to sing? Should it be a Balkan ballad as in 2014 and 2015? Or should they try more experimental, edgy songs as in 2013? You can let us know in the comments box below. 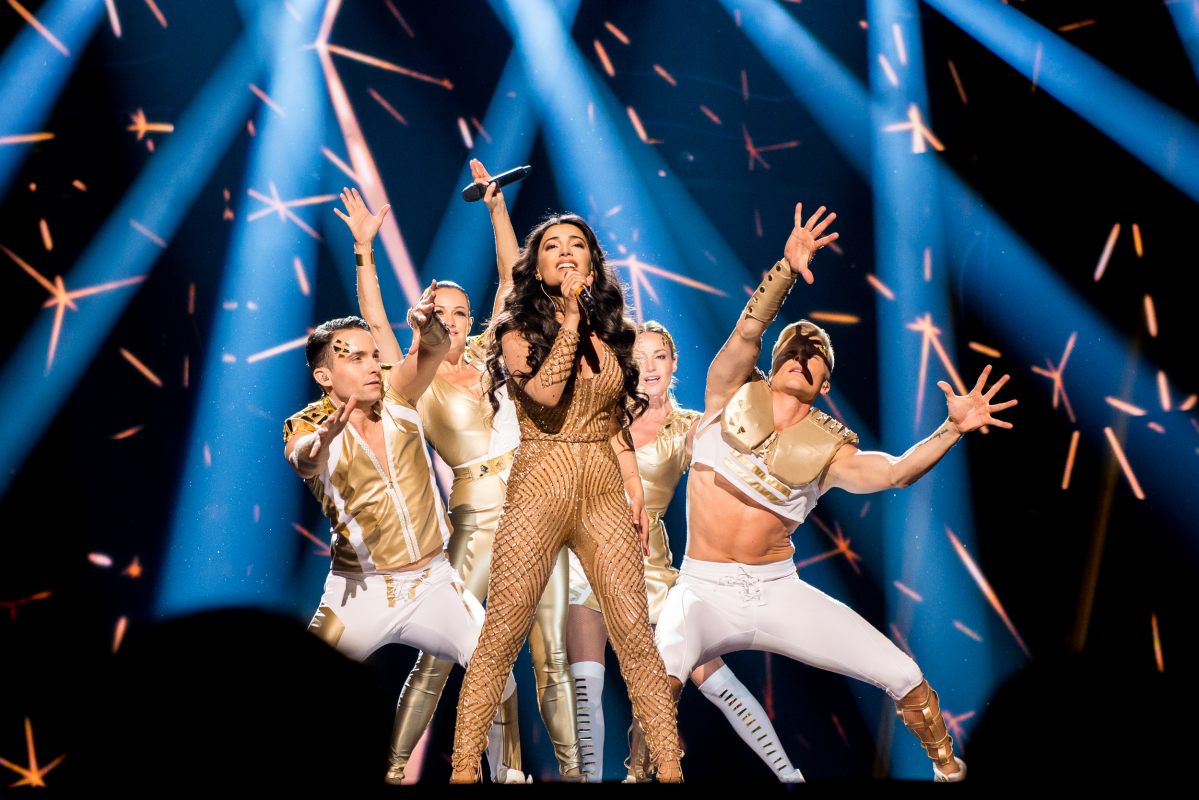 As much as I liked the Balkan ballads, I’d prefer Montenegro sending something crazy again and standing out.

I agree, very strong song this year! Along with Igranka, their best entry. More rock next year would indeed be welcome! Interesting when Montenegro go for more alterntive songs….I can do without their Blakan ballads

This year was great! Juries should have had their way – they should take an Austrias place in the final. Rock on Montenegro in 2017!

BTW I hope they send Milena. I liked her before her saying that she wants to rapresent Montengro, and her songs are very good. Like, Eo(that I love!)and Luce. ^D^

@CookyMontza yeah, they should send Balkan ballad again. My predictions for the artist: – Milan Bukilic (/) – Milena Vucic (…) – Nina Petkovic (/) – Vasilije Ojdanic (!!!) – Sergej Cetkovic (?) I would like Milan, but he couldn’t do that well. On the other side he is better than Milena, which got too much fame, but wouldn’t be good choice at all. Better than her is surely Nina, if they want to send female artist… But I’d prefer Vasilije or Sergej. Vasilije is trying really hard to do it and he doesn’t deserve all the hate… But after… Read more »

I hate it so much, I can’t understand how it could appeal to anybody! xD

“I got no ambition for high position in this competition.”

PS: Euro Neuro is the best song Montenegro has ever sent.

Montenegro, just send a beautiful Balkan etno song in serbian and you are back into the final.

@gigi It IS funny. Even in Balkans I know people that don’t remember the existence of Podgorica and Montenegro, thinking it’s Serbia lol. But there are countries more forgettable, like Ireland, UK, Georgia sometimes, San Marino(ç__ç), Malta and Finland. Some weeks ago I was doing my ESC 2016 Ranking, and I was at like 40 and I was thinking”hmmm isn’t missing something?”, then remembered about Sunlight, Sing It Away and Midnight Gold(they are bland and meh songs, and I even hate Midnight Gold.). lol (I’m still not comprending how they passed the semifinals.) Btw I don’t care a lot about… Read more »

@pollaski You’re not funny at all…

In any given year you ask me to name the entries of Eurovision, and I were to miss one… I almost guarantee you that one would be Montenegro. I’m not saying they’re forgettable, but…

Actually, I kinda forgot what I was saying.

Oh well, the more the merrier! Welcome back to the contest, Monaco!

I was in the minority of people who liked last year’s entry 🙂
I think that they should stick to full Montenegrin lyrics with some ethnic elements because there is TOO much generic pop atm.

So happy they are back! Knez is one of my all time favorites! I loved visiting Tivat on holiday, too!

The solo guys (Sergej in 2014 and Knez in 2015) and their delightful songs got Montenegro to the finals; they need to go back to that.

Seriously now, this has turned into a stereotype and an addiction.

Great! 😀
To be honest, I wasn’t sure about their participation.

They are responsible for the worst Eurovision “song” ever, “Euro Neuro”. This is basically just a man talking and trolling Europe.

2016 was not that bad, I feel like it got too much hate. But the lyrics are disgusting indeed.

I don’t think they will withdraw after announcing this, so I will count Montenegro as well. Hope they will send something like 2013. Still waiting for Serbia though.