Get your lipstick ready y’all, because Jedward are back at Eurovision. Well, sort of. John and Edward aren’t going to be participating in the contest. Instead, they’ve been recruited to fill the third and final position on the Junior Eurovision 2016 expert panel of jurors. Yes, that’s right: Jedward are now Eurovision experts.

The expert panel concept was introduced earlier this month, with Christer Bjorkman and Mads Grimstad announced as the first two members. At the time, we were left waiting for the reveal of the final juror. We didn’t quite expect to get two for the price of one, though!

What is interesting, however, is that Jedward previously judged the Irish selection for Junior Eurovision. With Zena Donnelly taking part in Valletta, there may be a conflict of interest here. Could Jedward be allowed to give their own country 12 points?

The EBU previously clarified how the voting will work with the inclusion of the expert panel. We already knew that each country will have an adult jury and a kids jury. The votes will be combined 50/50 to give that country’s vote. That will give us 17 votes, followed by the votes of the expert panel. Each member of the panel will give their own set of votes (or a combined vote, in Jedward’s case), from 1-12 in the usual scoring format.

This will give us a total of 20 votes which will decide the winner of the contest. This means that each expert juror has the same weight as just one country. They will not have any greater influence than that on the final result.

What do you think of Jedward being the final member of the expert panel? Do you think it’s fair to include them with Ireland in the running? Let us know in the comments section below! The result is in: Eurovision stars react as Donald Trump is elected President of the United States 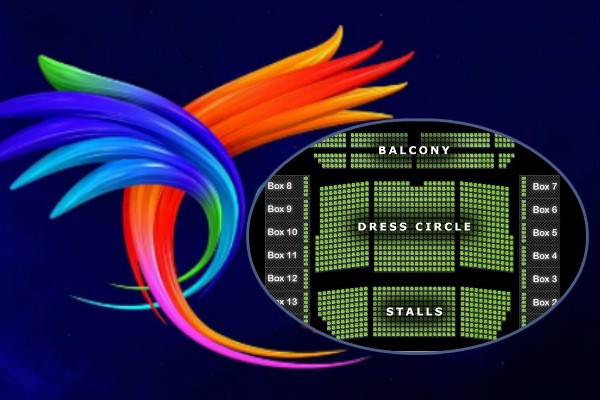 Grab your wallets: Junior Eurovision 2016 tickets are officially on sale

Jedward are a great addition- even when they’re far from being a kids act they’re good with kids, experienced music professionals and always bring good vibes with their warmheartedness and positivity. I’m looking forward to this a lot-

I’m amused by all the objections to Jedward here. Every single point on the night will come from a jury of some description (no televoting). Even if they gave 12 points to the Irish entry instead of say 7 points, the impact on the final scoreboard would be absolutely neglible.

It may on the first place raise some eyebrows but I don’t think that they will be biased towards Ireland since their vote will be made public. They might even not give points to Ireland for that reason. I would’ve preferred someone from a non participating country though.

lol what a joke.

no disrespect meant to jedward, but even if Hozier or Celtic Women were judging it’ll still raise eyebrows, especially when tons of ESC acts are available without a conflict of interest. i’d love to see conchita as the third judge.

Let’s all calm down and just wait and see what happens before we all scream that it will be biased. It will be a combined score for each song and there will be 3 ‘judges’, so jedwards vote is only a percentage of the overall vote. And to answer previous statements, Jedward can sing and sing live, not only that but they write their own material. Not to mention two decent attempts at Eurovision. They are ideal for a panel like this, just as much as Bjorkman (what are his skills apart from being Swedish?) Jedward are an act that… Read more »

John and Edward are a great choice for this. They have lots of Eurovision knowledge and experience, are great performers and have been writing and producing some excellent music over the last few years.
I’m very excited by this news.

I think it’s great to include John and Edward. And I’m not sure why there’s a conflict of interest, they didn’t have a part in selecting the eventual entry from Ireland, they judged only the first heat, so they are therefore no more biased than Christer is for Sweden or Mads is for Denmark. As for the comment that they can’t sing live? Come to one of their concerts and make that decision. Not only can they sing live, they do. They also write and produce all their own songs these days, not to mention video, direct and edit all… Read more »

Hmmm…JESC peeps, you could have chosen someone from a non-participating country. Why?

This is beyond ridiculous.

1. A duo that can’t even sing live cannot be considered music professionals.
2. They are obviously going to vote in a biased way since their homeland, Ireland is also in the competition.
3. As far as I’m concerned, they are two different people so they may disagree. How can they vote individually?

This is a joke. They should not have so much power. They shouldn’t have power at all. I will not take their votes seriously.

how can an irish duo be expected to be unbiased. there are several active ESC countries that don’t do JESC, you could have chosen someone from another Western country.