Sveiki, Riga! The Wiwi Jury has touched down in the capital of Latvia, with one thing on their mind: Supernova 2017. Latvia’s selection process kicks off on Sunday, so our in-house team of music unprofessionals are wasting no time in going through the songs.

We’ll be looking at the songs from the first heat this week, before moving on to the second heat. First up are First Question, Anna Zankovska and Miks Dukurs.

Chris: In a world rocked by Eurovision nude leaks, are we really meant to be shocked by the statement “I’m standing naked”? This feels like it was written by a cheeky pre-teen. There’s an awkward guitar lurking in the instrumental that’s out of place, too. All just a bit awkward.

Robyn: It feels like 90% of this song is the guy declaring, “I’m standing naked! About to fulfil my dream!” What’s his dream? Wearing clothes? “Naked” feels undeveloped, like a jam session that hasn’t yet been worked into a full song. But tbh, I’m just waiting to see if he’ll be standing naked at Supernova.

Jason: First Question is hoping to bring some Latvian summer pool party realness to Kyiv. I love the tropical flavour of the track and I must admit that the superb bassline in “Naked” feeds my soul. The lyrics are a little basic however and the vocals border on strained in parts. Still, it will be interesting to see this performed live.

Josh: Hey mate, can you please fulfil your dreams whilst clothed please? The lyrics in “Naked” make no sense whatsoever. There’s no texture, or light and shade in the lead singer’s voice. Once again, I’ve had enough of the electro-synth sound. It’s too much.

Antranig: This was clearly rejected from the soundtrack of an Eastern European adult movie. There is a fine line between “it’s so bad, it’s good” and plain terrible. First Question is on the wrong side of that line. I just have nothing positive to say about the vocals, instrumentation, lyrics or anything. The only positive is that he did make me laugh — if that’s worth something.

Andy: A basement bred, electro-synth-pop disaster. The lyrics are all over the place and sound like a badass-posing teenager’s nudey-inspired poetry assignment. That poem would inevitably earn the writer a stern lecture and detention — and so should the song. There’s nothing on offer beyond a toe-tapping supposedly futuristic beat.

Before calculating the average score, the highest and lowest scores are dropped. This is to remove outliers and reduce potential bias. We have removed a low of 0.5 and a high of 6.5.

Chris: If Anna can deliver the pre-chorus live, I’ll be mightily impressed. Still, there’s a lot that I actually am impressed by in this entry. The chorus is a standout and I, for one, like the unconventional structure of the song. A different cadence that, surprisingly, works.

Robyn: Things don’t really start to get going until the chorus hits. The verses are unfocused and meandering, but when the chorus comes long, it’s full of such attitude and power. But for a singer supposed consumed by rage, Anna sounds strangely chilled out by the whole thing. The only time she sells the rage is during the rap. The rest of the time she sounds vaguely headachy, not raging.

Jason: “Rage Love”? More like “Unintelligible Love”. This is completely all over the place, and nothing really works for me. Anna Zankovska’s entry is messy and inconsistent, and it is not something I want to hear again. Fortunately for Latvia, there are plenty of stronger songs to choose from.

Josh: Finally, a non-synth song! “Rage Love” stands out for differing reasons. The good parts of the song include a great instrumental, with delightful jazzy undertones and a thumping chorus. The bad? Incoherent lyrics and a singer that almost seems so blasé about life. Amp up the sass, the drama and serve it, hunty!

Kristin: Well, that was interesting…and tiresome. There is absolutely no consistency in this song. It’s like no one could agree upon which music genre this was suppose to belong to. Instead, they just decided to mash everything up and hope for the best. My head hurts after this.

Antranig: Anna clearly subscribes to the Agnete philosophy of shoving five songs into one. Just hope for the best! That approach didn’t work the first time and it doesn’t work here. Within just three minutes, there’s as many changes and as much drama as a South American telenovela. The song is endearing — but it’s also a hot mess.

Chris: A more modern take on something like “Hurricane” from this year’s Eesti Laul. The song grabs me right up until that dubstep-ish bridge, which is a huge letdown. Whilst the song needs something to change it up a tad at that point, that isn’t the answer. Miks is a star in this song though. With some slight reworking, I’d love to see this go further.

Robyn: You know what, Miks? Most priests are spiritual. You’re no different from Father O’Flaherty down at the local parish. But aside from that, there’s something compelling about Miks’ dirty soul jam. If I found him performing this at a lonely dive bar, I’d believe him.

Jason: The title of Miks Dukurs song really caught my attention: “Spiritual Priest” must be one of the most originally-titled Eurovision entries ever! Despite the seriousness of the lyrics (“I am a spiritual priest, I’m begging on my knees, ooh ooh”), I actually quite enjoy the laid-back country/rock vibes that this serves. Miks’ country-lite voice suits the song well and is surprisingly pleasant.

Zakaria: “Spiritual Priest” starts off sounding like a reject from a Santana album. Then, it reaches the chorus which sounds much more contemporary and underground. The whole package sounds interesting, even though it leaves me wanting more. The song just doesn’t really evolve enough and also ends abruptly.

Luis: Miks brings a very interesting song to Supernova 2017. It might feel monotonous, but it’s still appealing to listen to. It’s like a nice depression – if that exists! “Spiritual Priest” has little to do with the ethereal: it’s raw emotion on show here. Crucially, both the instrumental and Miks’ voice showcase them perfectly.

Andy:  The lyrics of “Spiritual Priest” beg the question: “Who cares?” It sounds as if he is being confronted by a dozen battle-ready dolphins. Sounds scary, right? Perhaps Miks is traveling through an EXTREMELY repetitive nightmare. Those perceived dolphins alone are enough to keep me away from this 1980’s throwback. The lyrics are so pointless, that they’re frustrating. 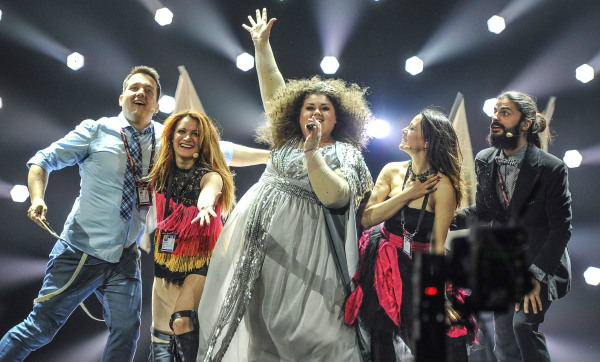 Serbia: RTS confirms it will internally select its artist and song for Eurovision 2017 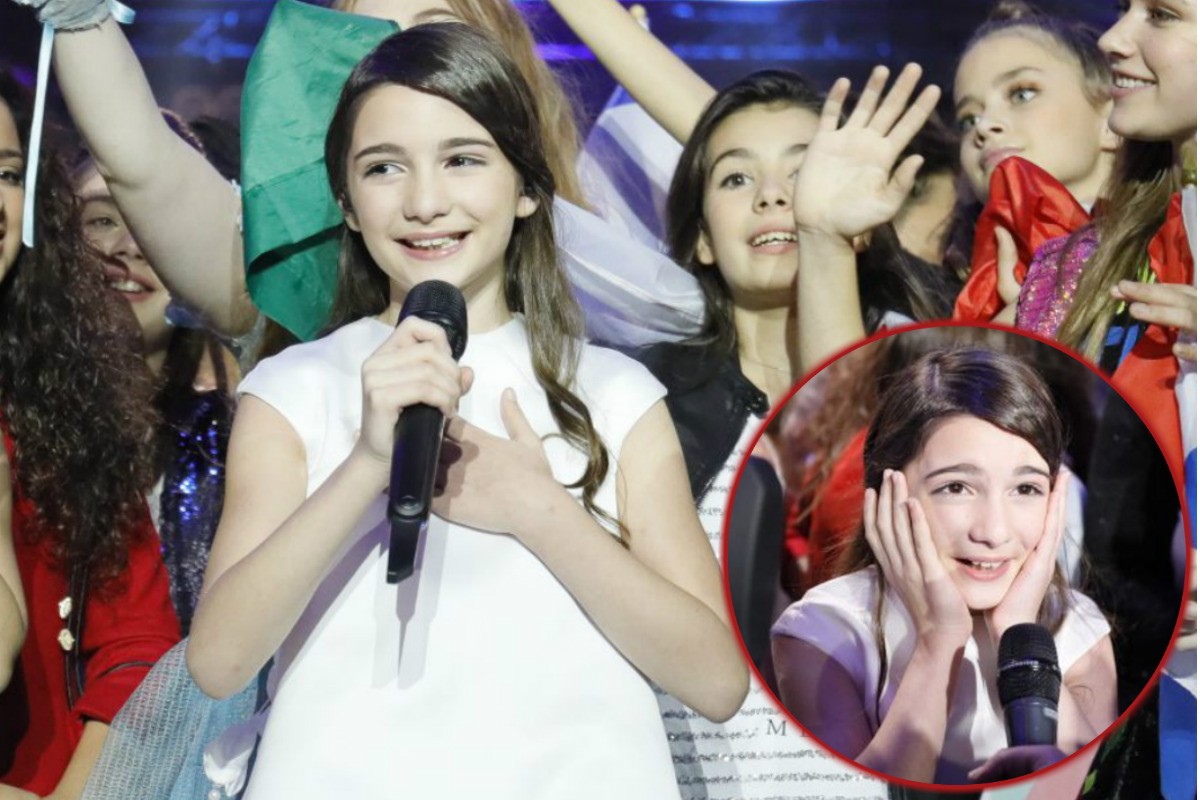 Junior Eurovision 2017: Georgia confirms it will host the song contest

The introduction episodes of Supernova left me with impression that the First Question guy may not be the one who performs the song. He stated that he is a writer looking for a singer and Supernova team has this option to find a match if possible. Same way they paired Laura Lo with Chris Oak.

Naked is a falsetto nightmare. Rage Love is an unfulfilled bop-that-never-was. Spiritual Priest is a laughable mess from the title to the production. Latvia has like 5 great songs in its selection, though 🙂

“Spiritual priest” for me! Love it!

what happened to the lithuanis selection reviews ,w hy did you stop

Anna’s and Miks’ entries are very interesting, I like them. First Question, on the other hand, is totally horrible.

Standing Naked – The ‘first question’ is WHY?

Miks is a clear winner among these three.
Waiting for the other Latvian song reviews.