They’re the Scandinavian country who won Eurovision in 2013 but has failed to reach the grand final in the past two years. Now Danish broadcaster DR has released the ten songs competing in Dansk Melodi Grand Prix 2017.

While the songs have been released on Spotify, at the moment they are only available to listeners in Denmark. The videos are available on YouTube, but they’re only 30 second snippets and aren’t viewable for anyone in the United States, Canada, Australia, New Zealand or South Korea (go figure!). Alternatively you can listen to full-length versions here.

And we want to hear what you think. Listen to the ten songs and then tell us what you think in our poll. As always, you can vote for as many acts as you like, but you can only vote once — so make your vote count!

Anthony – “Smoke In My Eyes”

The grand final of Dansk Melodi Grand Prix will be held this Saturday, February 25. The show will be held at Jyske Bank Boxen in Herning. It will be hosted by Annette Heick and former Lighthouse X singer Johannes Nymark. We’ll be there with full coverage on the night. 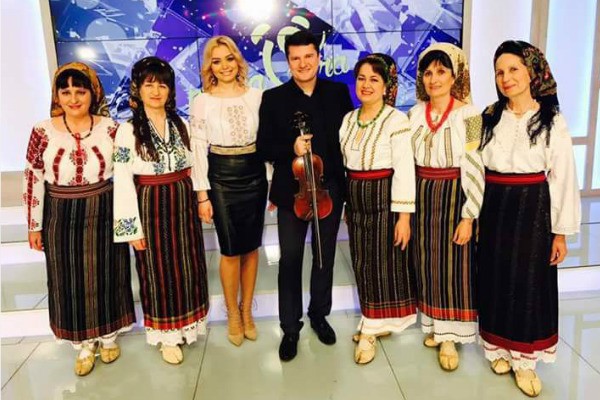 Anja is my pick

@Aaran, Robyn: Thanks for directing me to that site. Here in the U.S., the copyright secret police are a royal pain for censoring this music (among many) from U.S. YouTube servers, to the point where I have to go crawling the Web left and right for proxies strong enough to smash those censor blocks like bricks.

The only song i remember is A.S.A.P it is catchy and memorable. I like her voice also. Good luck Johanna!

I love Anja Nissen’s voice but unfortunately her song is not appropriate for ESC so too bad. Ida Una’s One is probably Denmark’s best bet this year. They better raise the bar on the staging though because it was bad last year.

I’ve listened to all of these several times, and I’m still firmly convinced that none of these has a remote chance at qualifying at the contest. DR is so out of touch with the current trends in the contest – people are no longer looking for whatever they’re trying to send. It was cute in 2010, but now if you’re going to have a formulaic pop song it has to be accompanied by a unique performance or by stunning vocals (see Russia and Australia 2016).

At first listen, I should say they sound to me like not qualifying… I would go for René – ‘Warriors’, Rikke – ‘Colour my World’ or Sara Vidoo ‘Northen Lights’

Obvious choice for me: “Little Big Lies” is a charming little song with an actual story. The only song in this selection where I detected some kind of depth and character. The rest of this bunch remained background noise. I really hope Denmark gets it right this time in the voting. Or at least go with Anja Nissen. The woman is a stunner. Is it really so difficult to find a GOOD song for this woman? Man…

Guys you can follow this link to listen to the songs:
http://www.dr.dk/event/melodigrandprix/nyheder/lyt-hoer-alle-sangene-til-melodi-grand-prix-2017-0

As for my opinion, my favourite is Anja. It instantly appealed to me and I think she sings with emotion whilst also showing off her vocals.
My second would be Sada, the only problem is that the chorus is bit slow for my liking. Otherwise a decent song nonetheless.

They should not have killed Marius the giraffe.

@ Colin : ”Ok, I see that data on Sada’s age is inconclusive. I read both 29 and 39. So, my generation are Kerli, Donny Montell and Claudia Faniello.”

You made me look at Donny Montell age (30), and I’ve found out that the family names are : father-Montvydas, mother-Montvydiene, sister- Montvydaite. Why bother with family name is are not the same anyway?

Is the ESC giant Denmark back? Only if they choose the right from these. 🙂

Well, well…..cant say im impressed Denmark. This is really poor. Who’s gonna pick up the phone for songs like this?? Seriously….I know its too early to say, but i think it will be a miracle if they qualify for the final. If i had to chose one, i’d go for Ida Una with One.

Sada’s song made me cry, she’s the right deal!

They deleted the videos for the sake of our ears.

Someone has a link for Anja’s song?

Wow! That’s what I call a great selection! Really liked all the songs.

Where I Am is my favorite by now.

None of the selected entrants this year are my age. 🙁
I’m quite older than Brendan Murray but Nathan Trent is older than me.But I’d be their generation right B-)

I predict on poll that Anja wili win with 60 % of all votes on this bloggs.

But I think fight will between Anja, Sada and boy duo Calling Mercury . If we had 3 supefinalist we had similar situatio like in 2015,2016 to win male singers and winner will be Calling Mercury. Danish love this type of song and male singerl

@Velma ESC I think this year, some people have tried too hard into trying to submit a song that doesn’t have that regular has-been catchy rhythm. Here’s hoping that the likes of Sweden, Netherlands, Cyprus and Greece can bring something good. My favourites are: Ida Una – One (I’m loving this song, but there’s a chance that this wouldn’t win if it has peace lyrics.) Thomas Ring – Vesterbro (This is actually quite catchy and I wouldn’t mind this winning.) Anja Nissen – Where I Am (I really like this, but unfortunately, this isn’t winner material and I expected a… Read more »

Aha….that would explain how you can be playful and mature at the same time.
I don’t know the age of the entrants of this year.I’ll check and tell you. 🙂

@Rich: probably they made some copyright claims or something.They are still available on MGP YouTube channel.

I can neither listen to the songs on YouTube nor Spotify, so I just watched the compilation video. Judging from those snippets, they all sound very generic, but at least not as bad as Norway’s selection.
Hoping to be able to listen to the full songs soon.

Where are the audio video’s?

It appears they have been removed for some reason….why?

No major standouts. They all sound very similar.

Anja nissen-where i am all the way <3

What’s happening with the Nordic countries? This will be a good final i believe. There are good songs. Personally, the songs I liked are: Rikke Skytte – “Color My World” (seems very Emelie de Forest, I like it, and Rikke has a beautiful voice) Sada Vidoo – “Northern Lights” (weird, in a good way, I hope for a great staging, this will stand out) Ida Una – “One” (one of the good pop songs in this NF) Johanna Beijbom – “A.S.A.P.” (it has a strong beat, I’m not a fan of the lyrics though) Anja Nissen – “Where I Am”… Read more »

Ok, I see that data on Sada’s age is inconclusive. I read both 29 and 39. So, my generation are Kerli, Donny Montell and Claudia Faniello.

@kris – Young, but not too young. Let’s just hint that Kerli and Sada Vidoo are roughly my generation. You? 😉

that’s why they want to prevent Loreen, the hopeful entrant for Sweden if chosen (and I want her to be chosen), to represent Sweden. They are Iceland, Norway and Denmark. Denmark chose to hold the final on the day Loreen performs in the 4th semifinal of Melodifestivalen. While Norway, and Iceland chose to air the grand final of their own national selections on the same day as the final of Melodifestivalen.

They have the same goal and they do it deliberately after the dates of Melfest have been announced. Loreen has been the queen of Eurovision for years.

It’s great that they’re blocked in Australia…. not like they need our votes or anything…..

I’m gonna watch Loreen instead of this.
Loreen is hopeful.

Now Denmark is trying to not let their viewers or even the Eurovision fans watch Loreen on Melodifestivalen 2017 semifinal 4 on the same day. The date of DMGP was even announced after Melfest’s. They’ve already known her strength right, after winning Eurovision in 2012?

Strategy. Will always support Loreen tho.

The last four songs in my opinion are the best and the most original. RENÉ MACHON – “WARRIORS” RIKKE SKYTTE – “COLOR MY WORLD” SADA VIDOO – “NORTHERN LIGHTS” THOMAS RING – “VESTERBRO” The rest of the songs selected feels very generic, no originality at all. If i had to pick one though who i would like to see representing Denmark it would be THOMAS RING – “VESTERBRO” The only Danish selected song, which is a bonus i must say for one and secondly a male voice. This would certainly stand out on the grand stage among the female ballads,… Read more »

I enjoyed Anja’s song, but it sounds like a mid 00s Disney song. Not the best choice for the Eurovision.

The song in Danish is awful! Those high-pitched post-chorus sounds need to stay in 2016.

How old are you Colin?

Anja got my attention, Sada or Calling Mercury later

First listening – Sada Vidoo is a clear outstand of this bunch.

Runner-up 2 – ”Vesterbro” – anything in Danish is welcome!

https://youtu.be/HsHqNgNj5eQ
Lol at the idiots who don’t know where to look for the songs before giving random comments.

The lyrics of ‘Big little lies’ are so nice and real.The melody is also soothing.Not everything has to be dance/ballad.

Also both ‘One’ and ‘Northern lights’ seem to have borrowed elements from ‘Never Alone’.

The lyrics of ‘Big little lies’ are so nice and real.The melody is also soothing.Not everything has to be dance/ballad.

Also both ‘One’ and ‘Northern lights’ seem to have borrowed elements from ‘Never Alone’.

lol at the idiots voting for Anja when they haven’t even heard the song yet.

Anyways, Denmark needs to ignore this poll and vote for Rikke. Too much generic pop here.

Sada Vidoo is their only hope of qualifying. Her song is good but I kinda expected a tad better. Great staging and her doll persona would definitely ease her chances of winning the selection.