Two weeks ago, we asked you who your favourite act to advance from Romania‘s Selectia Nationala 2017 semi-final was. A total number of 3,328 readers voted in our poll. The results are in and, in a landslide, Ilinca feat. Alex Florea are your favourite act to win tonight’s show with “Yodel It!”.

Ilinca feat. Alex Florea got 1,012 votes, that is more than 30% of the total, which means that “Yodel It!” is your undisputed winner of tonight’s semi-final of Selectia Nationala. The two singers, who are former rivals in The Voice of Romania, joined forces for an interesting and unique number that is dividing Eurofans but ultimately winning in the polls. Our readers embraced both the rapping and the yodeling, which is also what our Wiwi Jury did, awarding the quirky song a top score of 7.36. Jason said,

After the surprise of the initial yodel, I fell in love with this entry. The mixture of rap and yodeling actually works really well. “Yodel It!” would stand out in Kyiv, that’s for sure! Ilinca and Alex Florea have wonderful chemistry on stage and it really elevates this entry. Keep an eye on this one.

In second place, with 356 votes, Ramona Nerra was saved by her fans, who gave her 10.7% of the votes for her song “Save Me”. The former Voice of Germany and Voice of Romania contestant could prove to be a contender with her disco banger.

In third place with 339 votes are boy band Maxim, who convinced 10.19% of our readers with their Romanian language song “Adu-ti aminte” (Remember). Don’t be surprised if they, too, will challenge Ilinca feat. Alex Florea for the ticket to Kyiv, since the Romania’s answer to One Direction have a strong fanbase.

In tonight’s semi-final, Romania’s jury, which includes Luminita Anghel, Paula Seling and Ovi Jacobsen, will select ten songs to advance to the national final. This means that five acts will bow out from the competition. If it were up to our readers, the five acts would be Tudor Turcu, Ana-Maria Mirica, Elize & No Stress, Eduard Santha, and Alexandra Craescu. However, we will have to wait and see if the Selectia Nationala jury thinks otherwise.

Poll results: Who should win the semi-final of Romania’s Selectia Nationala 2017?

Tune in to TVR1 starting 19:30 CET to find out how Paula Seling, Ovi, Luminita Anghel, Adrian Romcescu and Andrei Tudor pick their ten finalists. Last year’s Selectia Nationala winner Ovidiu Anton will be the interval act.  The show will also be broadcast online on TVR+.

On Sunday, 5 March, the winner of Selectia Nationala 2017 will be decided by the public alone, via televote.

Until then, what do you think about the poll results? Is “Yodel It!” the song to beat? Let us know in the comment section below! 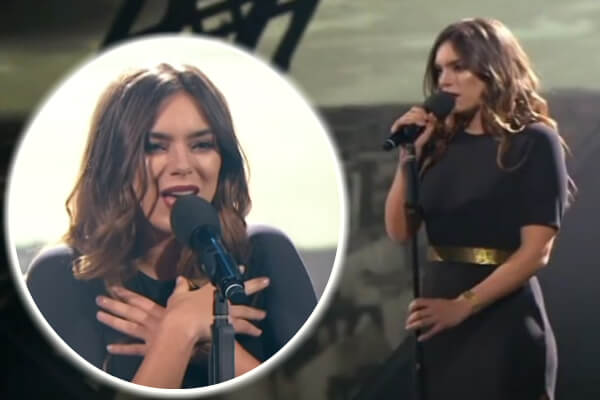 Israel: Imri Ziv will sing “I Feel Alive” at Eurovision 2017

Corky is also diversity and there’s singing presense 🙂 Predictable winner though I don’t know how juries do there.

The show is live streamed:

Moldova have better song than Romania if they choose favorite song by fans and this pools on bloggs.

If they win in Romania, I don t think that this song can be in TOP 10 , becuase juries wili not gave many points for this song i think not chance to be in TOP 15 in final with juries, only if Romania 2017 wili be Ukraine 2012 with overrated points by juries in semi and fina.