She’s the international pop star who was recently awarded Artist of the Year at the Swedish Grammis. Now broadcaster SVT has confirmed that Zara Larsson will perform at the grand final of Melodifestivalen 2017.

Aftonbladet reports that Zara Larsson — one of Sweden’s biggest music exports — is confirmed as a guest performer at the grand final of Melodifestivalen 2017 on February 11.

This comes as a welcome surprise to Melfest viewers who had complained about the poor quality of interval acts at the semi-finals. Viewers complained that previous performances were “cheap” and boring”.

Nineteen-year-old Zara has dominated charts all over the world with hits such as “Lush Life”, “I Would Like” and “Never Forget You”. Zara has also collaborated with international artists such as David Guetta, Tinie Tempah and MNEK, and has clocked up millions of listens on Spotify.

Zara came third in the 2016 Wiwivision awards, where wiwibloggs readers voted her song “Never Forget You” one of their favourites.

Just yesterday she was honoured in her home country when she was awarded Artist of the Year at the Swedish Grammis awards.

Andra Chansen isn’t missing out on a big interval act either. This Saturday’s second-chance show will feature the comedy impressionist Daniel Norberg. He is best known for his funny and creative parodies of Melodifestivalen acts.

Daniel started making short video clips back in 2014 and has since then had huge success on YouTube with over 6 million views. Aftonbladet reports that he will perform live parodies of the Andra Chansen artists.

What do you think of the interval acts in Melodifestivalen 2017? Is it a good idea to have huge pop star as an interval act or will Zara steal the show? Tell us what you think below! 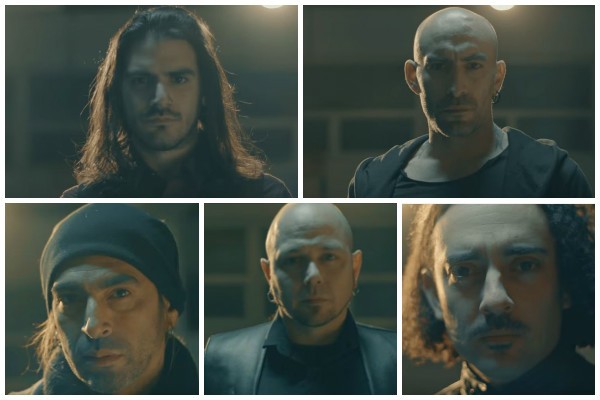 WATCH: Cyprus’ Minus One enter the boxing ring in “Invincible” music video

Melodifestivalen 2017: Do Spotify streams predict a win for Wiktoria and “As I Lay Me Down”?

Can I just say the author Tobias Engelin Edvinsson so gorgeous haha !!

Dont like her personality, shame since she has a great voice and love her songs.. she isnt the sharpest knife in the drawer however which she has showed on numerous occasions..

She’s very beautiful girl (can’t believe she’s only 19?!), but I don’t like her.. simmply not my cup of tea.. too artificial and copycat songs from Rihanna I guess, more like a ”product” to me..

She performed on our x factor as a guest, it was kind of awkward the host yelled ‘who’s going to buy her album’ at the end and everyone’s quiet 😛

I’m not really a fan of Zara, to be honest. Lush Life was great, but nothing after that impressed. This has a whiff of the Justin Timberlakes about it…”oh look, an internationally successful artist deigns to grace us with their presence, we’re so lucky!”..at least she’s Swedish, I guess.

Still, I’d rather they wheel out Carola for the hundredth time.

Zara always brings a great performance, so I’m looking forward to seeing what she brings.
I’ve been a fan of Daniel’s since his Idol days. I absolutely love his parodies, so I’m excited to see how he goes doing them live.

@ Michael Smith – she said she doesn’t want to be involved with the Eurovision, but given the current state of her career, she’ll change her mind very soon! 🙂

See that? STV came up with a clever idea by inviting a well-known Swedish singer to be the interval act at Melfest. 🙂

She performed on U.K. X Factor and was amazing! Hope she does all her big hits!!

I think she should take part in Melfest 2018: 😀 (and win so she could represent Sweden at Eurovision 2018)

@Alex I agree that she could try something new. However she has an amazing voice and is one of the most incredible performers out there.

“So Good” was not so good but I did like “I would Like” and “Ain’t My Fault”. Still looking forward to her album.

I’d switch her for Alcazar any day.

Ooo….hot Tobias 😮
Great to have Zara and Daniel. 🙂

@ Alex – if you take a listen to all her singles since Lush Life, it’ll feel like listening to Lush Life on loop. They all sound the same – she’s just trying to be like Rihanna but the general public will always see her as a basic white girl with some cute bops if she doesn’t create herself some artistic personality. She was on the right way with Uncover, but the international success of Lush Life made her go “urban” I guess. By the way, her album is coming out in 2 weeks.

I remember when she claimed she didn’t want anything to do with Melodifestivalen and Eurovision… but I guess her recent quick lil singles have been flopping so she had to promote at Sweden’s biggest music event. She’s basically the singer I despise the most on this planet lmao

So happy Zara will be performing!! She’s one of my favorite singers ever and her career has only just begun! Can’t wait to see her perform!

Meh, this doesn’t say much to me. I believe the only song I ever heard from her is Lush life (?), nothing too incredible. Too many singers try to copy Rihanna, Adele, *insert name of some world-famous singer*, and it’s evident with her as well. I also never understood how she and others like her are becoming so famous just by imitating something or someone.