He’s the Montenegrin star who sang “Adio” at Eurovision 2015 and gave his country its best result so far.

And recently Knez — the icon behind twelve successful studio albums over two decades — reminded us of his many charms when he caught up with wiwiblogger Deban at a cafe in Belgrade.

Starting off with a short rendition of “Adio”, Knez flashes back to the Zjelko Joksimovic penned hit which secured him a spot in the grand final.

He set a high standard for the Montenegrin acts that have followed — and none have managed to reach it (if the scoreboard is a fair judge, anyway).

“I’m thinking that after all these years, somebody will get a better result than me, but that hasn’t happened,” he says.

“I was thinking that Slavko would be lucky, but luck is not enough to do well at Eurovision. You must be a good singer, good performance, good styling, good everything!”

Speaking candidly, he questions whether the powers-that-be at the broadcaster are the best-placed to choose the country’s act.

He says: “Maybe the people who organise the selection don’t have the right sense for choosing artists and performers.”

So who would he pick? Milena Vucic, whose husband Nikola Burovac was present during the interview.

It’s pretty clear that Knez would want her to sing in her native tongue.

“I didn’t sing in English…difference is good for Europe. When everyone sings in English, it is not a good concept. I wanna hear the Ukrainian language, I wanna hear Portuguese, Spanish, Italian…..for me, that’s good.” 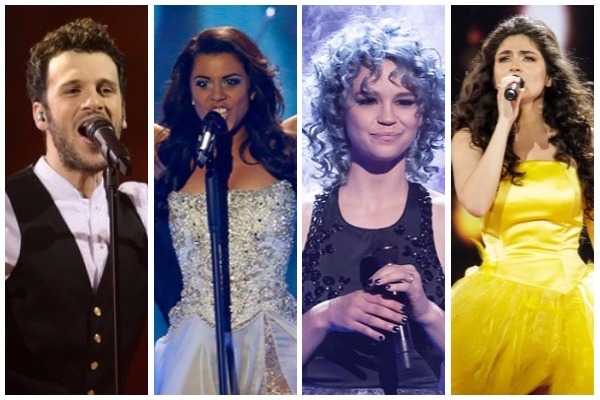 I don’t agree it was a tough year – voters were pretty consistent as everybody gave points to Sweden, Italy and (sans 2 countries) Russia, overwhelming majority voted for Australia, Belgium and Latvia while something like every second nation found place for Estonia, Norway and Israel in their “ballots”. Those 3 groups of 3 songs were not challenged for their place in Top 10. Behind them Serbia finished 10th with just 53 points which was rather abysmal score for 10th place when there were 40 participants (for comparision Poland was 11th in 1997 with 54 points when just 25 countries… Read more »

That’s why it was a tough year. We knew that those nine songs would be in the Top 10, so there was only one place left and Serbia took it.
Slovenia and Azerbaijan were the other two likely to make it, but Slovenia performed too early and Azerbaijan had a messy staging, which provided an open door for other countries, especially Serbia, Georgia, and even Montenegro.

He is right. Montenegro has selected some random acts with no chances of qualifying lately. His performance was great in 2015, could’ve finished top 10, but it was a tough year.