In the three and a half years since she performed during the Eurovision 2014 interval, she’s notched up hit singles, starred in a television series and movie, and continued her work supporting and inspiring Australia’s indigenous communities.

And on Monday Jessica Mauboy expanded her platform once more with the news that she’ll represent Australia at the Eurovision Song Contest 2018.

“There is a lot of hype,” a giddy Jessica told wiwibloggs in a phone interview shortly after the news broke. “We’ve officially launched the news and everyone is going mad here in Oz. It’s surreal to be honest. I feel like it’s a dream. I feel so many happy emotions. Considering my very first experience in 2014, when I first had the opportunity to be a guest artist at interval time…it’s just bringing back memories of how it felt. From the drama of the performances, the artists, the songs, the stage…It’s really taking me back. I just feel really honoured and proud to be chosen.”

Laughing and clearly smiling from ear-to-ear, the “Fallin'” hitmaker says she hasn’t known about the news for too long.

“The conversation started a week ago,” she says. “I’ve been working on a few projects here with film and new music for next year. SBS had obviously secured participation on the world’s biggest stage. They came to me and it was a no-brainer. I love everything about Eurovision, and I really do have a heart and passion for the show.”

When she performed as a guest artist in 2014, was she promised a chance to return in the future?

“It’s so funny. There was never, ever a consideration or a discussion about me entering to compete. Even there and then, when that opportunity came up and it arrived, I said to myself, ‘This may be the first and the last time that I’ll ever get to do this.’ But definitely not now. It feels unreal….I never thought that this would come around and I would be handpicked. This is bigger than anything that I’ve ever come across to be honest.”

“I’m so patriotic when it comes to supporting homegrown talent. Dami Im is absolutely a great friend of mine. That year and the year before that with Guy, and later with Isaiah, we’ve had some really incredible artists represent our country. At the same time I was feeling, ‘I want to do that, I want to do that!'”

“The opportunity has come, it’s here. And I just really want to fulfil that unfinished business at the end of the day.”

The Darwin-born beauty will now turn her attention to crafting the perfect song for Eurovision.

“It’s so crazy. Everything has just been so hyped. There are so many things to consider when writing a Eurovision song. From tomorrow onwards, for the rest of the month, I’ll be in the studio working out a song by myself until I get my head around what I want to write about. Eventually I want to bring certain people that I can work with, that I know are going to help bring the song to life.”

In the SBS Australia announcement video, Jessica asks herself what she’s going to wear. And it seems that playful question really does come with a lot of considerations.

“Everything that I have come across and seen [with Eurovision costumes] is so epic. I definitely want to be a bit dramatic with the outfit. I love my glitter. I love something that is quite sheer, but that covers up and is a bit more modern with a classy twist. Something that I can move in and really express through. It’ll definitely have to be something that represents me and my culture and country.”

Not headed to Eurovision? No worries! You may still have a chance to encounter the 28-year-old stunner in Europe, as she hopes to attend the Eurovision preview parties. Amsterdam, London, Tel Aviv, Madrid, Moscow…let’s hope she does them all.

“That’s what I’m really looking forward to. I just want to take on the whole experience of mingling and meeting everyone from around the world, and just seeing what the vibe is. It’s so nice being invited to something like that and for the event as a whole, any gathering that represents the show [and] brings everyone together before the night would be an absolute honour. I want to try to attend everything I can whilst I’m over there.”

Jess, who has toured with Beyoncé and Chris Brown, has also made a name for herself as an actress, starring in The Secret Daughter — the second highest rated Australian television show of 2016.

In the series Jessica portrays the country pub singer Billie, who has a chance encounter with a wealthy hotelier which sends her life through all sorts of twists and turns. Her character is a singer, so there is plenty of music in the series. In fact, much of it was released on the soundtrack album The Secret Daughter (Songs from the Original TV Series).

Will that acting experience elevate her Eurovision performance in any way?

“I did have that in mind. I feel that having that acting experience does help with camera work. Although there are so many people in that room, I think there’s nothing better than to be connected through the camera, the barrel — to be singing to the people in their lounge rooms wherever they are in the world. I definitely want to project that.”

Australia’s latest contender for the Eurovision crown plans to make the most of her time in Portugal. Eurovision commentator Myf Warhurst has already revealed that Miss Mauboy makes a mean Portuguese custard tart.

“I love cooking — that’s definitely one of my hobbies when I’m not traveling the world or stuck in the studio. It’s definitely therapeutic. I just love eating. I’m looking forward to the tradition and the culture of Lisbon, and the people of Portugal. I am a big fan and forever will be of music. Knowing that rhythm and language is something I want to be connected with whilst over there.”

Are you loving Jessica as much as we are? What type of song do you want her to sing? And do you think she’s finally the one to bring the win back to Australia? Let us know in the comments box below. 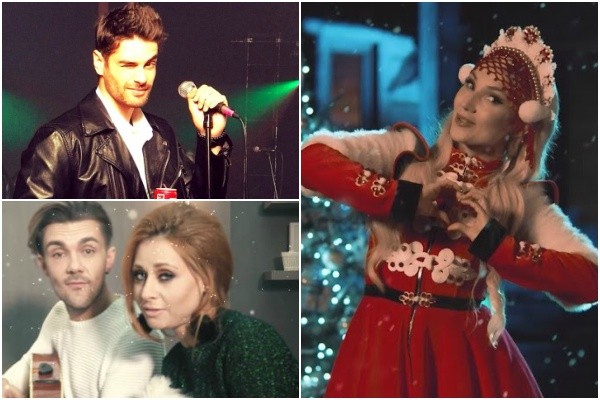 I wonder which country is more unorginal: Sweden or Australia haha

Graph
Reply to  In formacje

I feel like Australia is trying really hard to prove that they belong in the contest. But I wonder if they will shake things up in 2018 after the weak televote support in 2017. If they continue making the Top 10 without many public votes, the case for their continued participation may be diminished.

I’m happy she is in esc. Sooner or later she had to compete. Is full circle now.

I’m disappointed. Jessica is not a great live-singer and her charisma..well there is no charisma for me:((

Very good.
Perhaps…that’s why SBS dropped the NF.
Australia will go for the win, or at least a Top 10 is guaranteed (likely).
It’s great to have experienced artists, like Jessica and Waylon, competing.