Bonne année! With the new year comes another new artist reveal for the line-up of France’s new national final, Destination Eurovision. This morning’s artist is Emmy Liyana, who was part of the most recent series of The Voice. She’ll be singing “Ok ou ko”.

It’s long been rumoured that Destination Eurovision will involve more than few artists from The Voice: la plus belle voix — so it comes as no surprise to discover that Emmy Liyana is an alum.

She featured in the sixth season, which aired earlier this year. Emmy Liyana’s path onto the show came via the winner of the previous season. Slimane spotted her performing in a bar, filmed her singing and sent it off to The Voice. The show producers were as impressed as he was and offered her a blind audition.

While Emmy Liyana was eliminated in the first live show, she still made an impact.

She proved herself a talented singer with a unique tone to her voice. Her audition performance of Frankie Goes To Hollywood’s moving ballad “The Power of Love” inspired all four coaches to turn around.

And while Emmy Liyana was eliminated before the final, her appearance on the show got her noticed by the right people. She has recently signed to Warner Music France, who are happy to support her.

In a recent Facebook post, Emmy Liyana gave thanks for all the opportunities that have come her way since her appearance on The Voice. This includes gigs in Canada, Mauritius, Belgium and Germany. She’s international, y’all!

In the profile video, Emmy Liyana is introduced with a similar look to Loreen’s new style. She’s rocking short cropped hair (though dyed pink) and has the same rock chick style that Loreen works.

A clip of Emmy Liyana’s song “Ok ou ko” is heard in the clip. It has a driving piano line and builds to a chorus full of attitude.

Who is she? What is her universe? Activate the sound and exclusively discover this artist before finding her in #DestinationEurovision, from January 13, 2018 on @france2tv! @EmmyLiyanaOff

The most famous alum of The Voice to perform at Eurovision was Amir Haddad. He finished third on the series in 2014 and was well placed to transition from The Voice to Eurovision. Amir will be part of Destination Eurovision, as a member of of the expert judging panel.

What do you think of the “Ok ou ko”? Will this be one of the four songs to qualify for the grand final? Share your thoughts below! 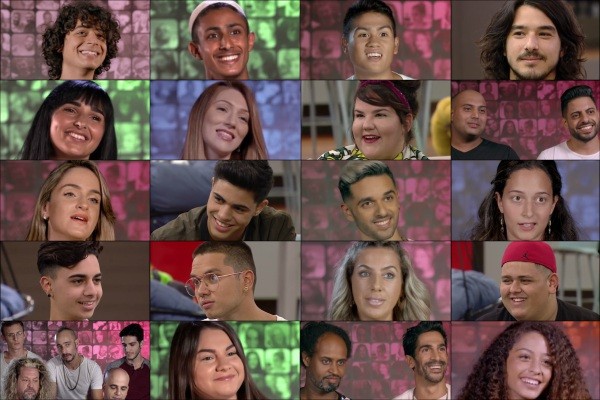 Israel: 20 finalists make The Next Star for Eurovision 2018 live shows

Wow! That song captured me instantly! It’s fresh, contemporary and strong. This could be great live! France, you’re doing great!
France FTW in 2018!

She seems great! I love when the artist has some authentic style, and she has that for sure.

THIS SONG SOUNDS AMAZING!!! We might finally have a national final that is the same quality as melfest #Paris2019 possibly haha

This will outshine melodifestivalen by a mile. Amazing! Well done to organizers.

Again a good song with big names of french music behind, France you are in a good way!!!!! Maybe Alma can make a return too, it would be great.
We can admit that France has decided to make a good result again this year.
TOP 5 would be fantastic and well deserved since all these years with bad results not deserved.

The song is straight off a James Bond soundtrack. Like Conchita did. That’s five out of five candidates I like from France, and counting! 🙂