Montenegrin broadcaster RTCG has been busy organising its new national final Montevizija. From 31 applications, the selection jury has shortlisted five acts who will compete in the national final. Lorena Jankovic, Nina Petkovic, Katarina Bogicevic, Ivana Popovic Martinovic and Vanja Radovanovic have been named as the five finalists.

The selection of artists are dominated by women, with only one man in the mix. This is a substantial change from Montenegro’s previous acts. Since 2012, only one female artist has represented Montenegro at Eurovision.

The five competing songs are “Dusu mi daj” (Give me your soul) written by Mirsada Serhatlic, “Disem”  (I breathe) by Michael James Down, “Nezeljena” (Unwanted) by Aleksandra Milutinovic, “Poljupci” (Kisses) by Slavko Milovanovic and “Inje” (Mist) by Vanja Radovanovic.

The acts will compete at the grand final of Montevizija, due to be held on 17 February at the Hilton Podgorica hotel.

Lorena is best known as a participant on the Serbian talent show Pinkove Zvezde, where judges pop up on hydraulic chairs. Pinkove Zvezde has earlier discovered singers who have gone on to represent Serbia and Macedonia at Junior Eurovision. Earlier this year Lorena appeared on the fourth series of the popular show. Here’s a performance from the show:

Is a well known Montenegrin singer and television personality. She came to fame in 2008, on Operacija trijumf, the Balkan version of the popular reality/talent show Operácion Triunfo. Nina competed in the 2005 edition of Montevizija, where she placed 11th. In 2009, she was a frontrunner to be selected as Montenegro’s act for Eurovision, however she missed out to Andrea Demirovic. Nina has released a number of singles, including “Bezobrazno”:

Katarina Bogicevic is a young singer who is arguably the best known of the five acts. She is well known for her 2014 appearance on the Serbian version of Your Face Sounds Familiar, where she placed third. She became known for her versatility for performing songs by artists such as Whitney Houston, Justin Bieber, and Serbian Eurovision star Jelena Tomasevic. This is Katarina performing in a 2016 song contest:

Ivana is a Serbian actress, television presenter and singer. In 2005 she competed in Montevizija and went on to Serbia and Montenegro’s grand final Evropesma, where she placed fifth. This is her entry from 2005, “U oku tvom”:

Vanja is an established Montenegrin singer-songwriter. He has released a number of recordings as a solo performer, but has also written for leading artists from the region. This is his recent single “Prvi Pik”:

What do you think of the five finalists? Who would you like to see represent Montenegro in Lisbon? Share your thoughts below! 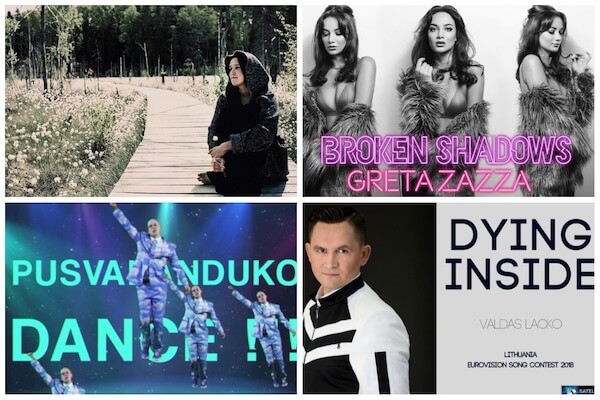 The male singer(Vanja??) and the song “Inje” sounds by far the better one.

Where did you hear it?

I’m not hoping for much! Decent middle of the road singers. Won’t do bad but won’t do very good either!. Like every Montenegrin entry in other words..

I don’t get it. Is the Kisses song going to be sung by a guy or by a girl? The header shows a guy and somewhere in the article a guy is mentioned, but then y’all talk about this Ivana girl… either way, I’m glad they’ve gone back to their own language, which brought them their sole qualifiers.

The guys song is the last one shown his name is Vanja.

Donald Trump should be in jail.

According to the rumours, it’s already decided who will be the winner and it’s gonna be _____a _____vic´ (name partially redacted, but you know who I’m talking about).

Thank you Montenegro for sparing us once again from Vasilije!

Well, discerning 5 from 31, it would be easy enough to skimp the gunk