In January, we learned the names of the ten acts competing in Dansk Melodi Grand Prix 2018. Now, more details of what we can expect from the songs and the show have come out. Amongst them is the confirmation that Conchita will perform as the show’s interval act!

The show’s co-host, Johannes Nymark, reveals in a video on the DMGP website the theming of this year’s contest. “The overall theme is the historical perspective of the Melodi Grand Prix.” The show will go in to how “historical events” have shaped DMGP over the years.

And Johannes also speaks highly of the songs we’ll be hearing. One thing of note is that Johannes doesn’t think the songs are “typical DMGP” entries. Denmark has certainly been accused of “playing it safe” before, so this could be exciting, y’all!

Whilst all looks good front-of-house though, there has been some minor drama for Johannes. Danish website Journalista revealed that Johannes has broken the DR ethical guidelines, after using his role in DMGP to promote products.

In a number of now-deleted posts on his Instagram, Johannes tagged several companies in relation to various DMGP events. This included glasses and clothes for the DMGP press conference.

DR’s guidelines state that this kind of product placements is not allowed. Thankfully, DR has already dealt with this matter and with the posts deleted, it seems that all is fine for Johannes. No need to rush out and get a new co-host for Annette Heick just yet!

Johannes won’t be the only person on stage with Eurovision experience, though. DR has also confirmed that Conchita will return to Denmark and perform during this year’s DMGP.

Jan Lagermand Lundme, DR’s entertainment manager, says “It is a great pleasure to welcome Conchita back to Denmark”. Conchita, of course, won Eurovision 2014 in Copenhagen. We’re sure it’s going to be a very special return, y’all!

Are you excited for Dansk Melodi Grand Prix 2018? Do you think that a different style of song will help Denmark at Eurovision? Let us know all your thoughts in the comments section below! 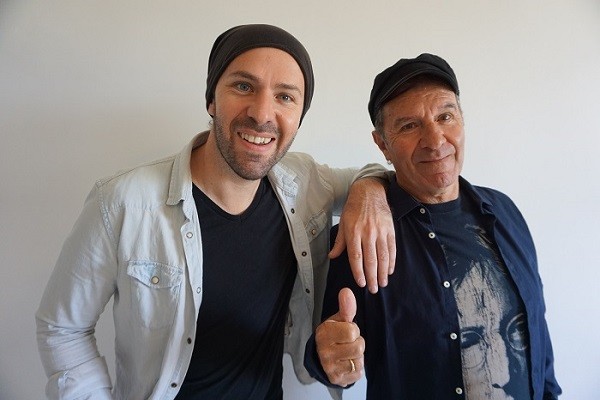 Rasmussen or Sannie to win