Get your blue and yellow face paint on, throw on a Viking helmet and get ready to yell “Nu kör vi!”. Tonight Melodifestivalen 2018, Sweden’s national selection for the Eurovision Song Contest kicks off in Karlstad.

Seven acts will step on to the stage. Two will qualify direct to the final in Stockholm at Friends Arena, whilst two will have to do battle again at Andra Chansen in Kristianstad. The other three will sadly leave the competition.

On Wednesday we asked who you wanted to win the semi-final, based on the snippets and rehearsal footage, and you gave an emphatic result: Benjamin Ingrosso with 37% of the vote.

Such a strong reaction suggests he’s almost guaranteed a ticket to the final. Your favourite to win the semi-final last year, Ace Wilder, only managed to garner 29% of votes cast.

Things have changed since we asked who you’re most excited for however. Renaida has moved up a spot based on her rehearsal footage into second place (23%), passing third place (14%) Kamferdrops in the process.

There may even be some drama for Kamferdrops. Aftonbladet reports that her song, “Solen lever kvar hos dig” appears to have been available online since 2009. SVT are looking in to the issue and this may lead to the song being disqualified. It’s Anna Book-gate all over again, y’all!

Audience poll winner John Lundvik rounds out your top four with 10% of votes, with Sigrid Bernson snapping at his heels in fifth on 9%, comedian Edward Blom in sixth on 3% and Mello legend Kikki Danielsson bringing up the rear in seventh on 3% with “Osby Tennessee”.

Eurofans will be able to watch the show live on SVT Play from 20:00 CET. Previous Mello finalist David Lindgren becomes the first solo host of the show since 2009.

You can watch our man-on-the-ground Kevin’s preview of tonight’s show, with in depth analysis of all of the songs and acts below:

Who is your favourite to win tonight’s semi-final? Let us know all your thoughts in the comments section below. 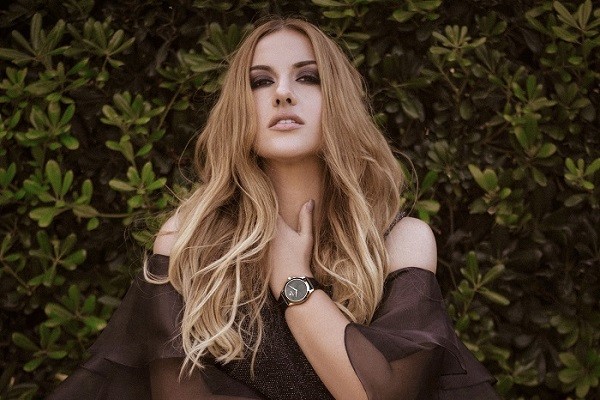 Wiwi Jury: Brooke is our favourite to win Malta Eurovision Song Contest 2018 with “Heart of Gold” Estonia: Wiwi Jury reviews Desiree with “On My Mind”

Benjamin has great visuals, but the song is honestly a big pile of nothing. I’m waiting for the other semis, maybe the Melfest winner will come from there.

Do you think Swedes will really respond to his entry?
I think is pretty weak as a song/hit :s
Still waiting for a real Swedish Bop like Helt Seriöst 🙂

I’m not the person to ask about hit potential. I know nothing about music.
What I can say is that I personally don’t tend to respond to this kind of music. So me falling in love with this is perhaps that’s some kind of indicator.

Interesting. Did you vote for Robin last year? Benjamin’s entry is quite similiar but a bit weaker to me.
I dunno.. I don’t see the same country who voted for Frans and Nano to fall in love with this entry. We’ll see 🙂
This might be another close melfest

You never know. Narrative tends to play a crucial role in MelFest and Ingrosso has a good back story, just like Sanna, Måns, Frans and Nano did. He is a golden boy, born into celebrity (by Swedish standards), and yet he’s very relatable.
And I indeed voted for Robin. 🙂 Unfortunately his back story was “I eat cottage cheese for lunch”.

That’s sad coming from a Swede, since your vote actually matters. Don’t waste your vote.

Don’t put any faith in my ability to vote properly.
I voted for Danny Saucedo in 2012.

Benjamin Ingrosso is sex on legs

Wiwibloggs! Please take attention on Latvian Laura Rizzoto. She might be using the same tactics as The Ludvig last year – buying views for attention. Like seriously, she have 200k views and just 300 likes.

Sorry for the offtopic btw

For me nothing really stands out in this semi. Benjamin’s song is not so good IMO, but the staging looks great. I’m a bit disappointed with Kamferdrops. Looking at her I was sure that she’s singing some funny, clever songs and that it’s some kind of satire or parody. I looked up lyrics for her other songs and they seem pretty bland… Not what I expected.

“available online since 2009”. Was it commercially released though?

Who cares? She ain’t going through.

True dat. Too low energy for a song that deserves more.

True dat. Too low energy for a song that deserves more. Still, I hear the performance will be worth it.

”There may even be some drama for Kamferdrops. Aftonbladet reports that her song, “Solen lever kvar hos dig” appears to have been available online since 2009.”

And some of esc fans said cheap drama in only in Belarus.
btw I like Alekseev’s song Forever.

I prefer the Russian version though.

So sad about Kamferdrops. I hope they can at least perform “Jag trodde änglarna fanns” at the Grand Final! 🙁