Slovenia’s EMA 2018 is almost upon us. And over the past week Slovenian radio station Val 202 revealed 90-second snippets of all 16 semi-finalists competing in Slovenia’s national selection for Eurovision.

The songs cross genres, ranging from ballads to pop to rock. If you’re ready to turn up the volume and take it all in, here’s what’s going down…

Naturally, the snippets have left us wanting EMA 2018 to start right now. But we’ll have to wait until Friday next week for the one super-sized semi-final on February 17.

All 16 acts will perform their entries on the night entirely in Slovenian. A six-member jury panel will select their four qualifiers — consisting of members from the radio and television industry, singers, composers and OGAE Slovenia — whilst an international panel will form the sixth jury. Then the televoting public will decide the other four qualifiers.

Eight qualifiers advance to the February 24 final where they’ll have the option to perform in another language of their choice. The winner will be determined by a 50/50 combination of televoting and professional juries.

Both shows will be hosted by stand-up comedian Vid Valic. Whoever wins EMA 2018 will know that Slovenia has been allocated to perform somewhere in the second half of the Second Semi-Final.

What do you think of the snippets? Do you have any early favourites? Let us know in the comments box below. 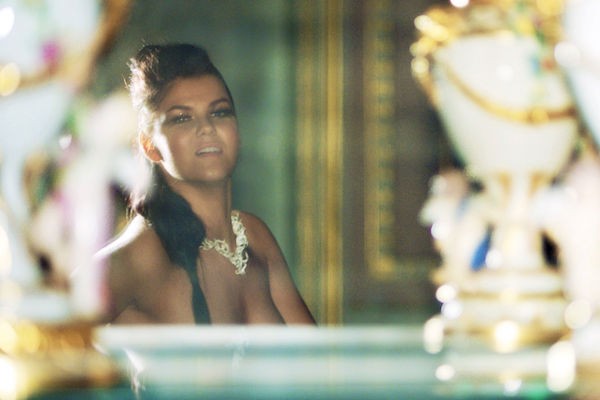 Lara Kadis – is my favorite! can’t wait to hear you live.

BQL should try again next year, with a better, more original song. This is Nika’s year! Her song is great 🙂

A very good selection this year. The songs i currently like are

Lara kadis’ song sounds so good….but people say it will be disqualified? Is that so….I hear a 6 sec repeat in the chorus that’s highly inspired/copied…. But that shouldn’t be that huge a problem?

Nice songs from Slovenia, I think Nika Zorjan is good choice for ESC.
Manuela has great voice! I don’t get the hype about BQL..

This is rather frustrating. You can’t make up your mind on a song with These constant narrations over them. I was really hoping for something magical from the radiant Tanja Ribic. I love her Eurovision song Zbudi se, it truly is one-of-a-kind. Maybe I’ll be feeling the song once it’s properly released. I feel with these snippets it’s impossible to judge pretty much any of the entries. Very curious about Indigo, Ina, Nika and BQL. No Manuella, she already blew it once, that’s enough. As it stands, the Slovenian national final will actually be the first I’m going to watch… Read more »

BQL were robbed last year. They should be Slovenia’s representatives, their song is pretty nice!

Titles of the songs are, in order:

– Vesna is a female name. Most likely they are referring to Slavic goddess of spring.
– Stolen Flower
– Daydreaming
– Now is the time
– The Positive
– No, thank you
– Close
– Don’t Let Me Go Now
– The Voice
– Crazier
– I Am Here Now
– To The Sky
– Freedom
– The Queen
– The Bird
– Lullabye

I am 97% certain in the accuracy of translations. 🙂

Actualy, I like ”Vesna” song the most, very pleasent, like a lullaby. She says something like ”listen how grass is growing, spring is coming”, isnt’ it? 🙂

Nothing stands out for me. I guess I need to see them live.

I just need to hear them without a voice narration over the half of it. It’s impossible to get a total grip of the song this way.

Another radio friendly and unpretentious selection. And I mean that as a compliment. Most songs are pretty enjoyable, but few really stand out. In a first listen, Nika, Lea Sirk and BQL are those who caught my attention. Ina Shai has a nice ballad, but after last year’s extra boring entry, I think Slovenia needs to go uptempo.

One of my fav esc countries, always sending something interesting and different! always underrated as well can’t wait 🙂

It’s Nika, Lea, or BQL for me. I fear the jury vote will push some lame, dated ballad as last year that keeps them out of final!

Let’s wait for Slovenia to pick out the worst song…like they done for the past 2 years!

I hope not because Nika and BQL are the only ones that can get Slovenia the bed placing. But some of the other songs are quite average but okay aswell

If Lara wasn’t a copycat and literally the cover of a Shawn Mendes’s Never be alone this would be for sure my top 5 pick as well.

Slovenia have a very good line up this year with some acts can deliever their best result since maja keuc, however Nika Zorjan song if she can sing live and everything is perfect Slovenia can definitely get in the top
10 possibly top 5. I like BQL aswell but Nika Zorjan will get so many points if she goes through.
I’ll definitely vote Slovenia if she gets picked

Wow, Lara’s song is great 😀
I can finally see Slovenia in the grand final.

Lara Kadis is the only really outstanding one! Extremely surprised with their national final 🙂
As written, Lara’s song is amazing.

Slovenia is looking to have one of the strongest line-ups this year I’m liking at least half the songs The few that I’m not feeling are King Foo, Tanja, Martina, Indigo and Gregor. I’m not too keen on Proper but if feels like if their song was tweaked a bit it could work, I’m not a fan of BQL’s song but it should do well at Eurovision. If I had to pick a top 3 I’d go for Nika Zorjan, Lea Sirk and Lara Kadis but any of the other acts I didn’t mention would be fine too, I’m really… Read more »

it is a really strong national final again this year from slovenia my favs based om snippets are bql, nika, manuella, lea sirk and indigo
my winners are bql and my second winner would be nika : )

It absolutely has to be Lara or Ina, but I will be okay with Nika aswell and I even enjoy ManuElla this time. second time isn’t the charm for BQL, I dislike this dont more than I dislike heart of gold, but I wish everyone good luck

Proper, Grigor, Anabel, Marina, Lara, Ina, BQL, and Nika stand out to me from the group as a whole, but I don’t know of any ONE of them stands out from each OTHER — hopefully live the standout will really become apparent!

I am eager to watch Emanuella’s song performed live. Sounds good.
In general, there are not many songs I like here.

BQL didn’t disappoint. That’s a really good song. I don’t think they need to change the lyrics if they win. It’s already good in Slovenian. My favourite! It stands out!
Also, I really like Nika’s entry. Very radio friendly. Nice sound and beautiful voice. It’s probably the most modern production of the entire N.F.

My favourites are BQL of course, Nika. Hope one of them wins!!

Uspavanka is by far my favorite, sort of reminiscent of origo

I hope none of them switch to English.

Absolutely best are BQL and Nika Zorjan. It is a great NF. Also Lea Sirk stands out.

None. What’s going on with NFs this year?

That moment when even Slovenia has a better NF than all the Nordics. LOL

BQL FOR THE WIN!

Since i couldn’t be asked to listen to all the songs, honestly nothing got my attention apart from Nika Zorjan, uspavanka, the song was really catchy and fast tempo and really entertained me listening to it. All the other songs I heard were ok and good, but that’s the only song I’d vote for.
If Slovenia send Nika you’ve got a vote from the Uk

Hopefully please don’t let Slovenia send any songs in English and keep the songs in Slovenian, because that’s where you’ll definitely get the votes from. And im really intreged to hear more of Nikas song

Nothing oustanding, but many decent efforts. In general, good selection.
I think INA SHAI – “V NEBO” is my favourite.
Sorry, but BQL’s song is boring, maybe it could work better in English.
Slovenia needs a super song, because SF2 is really hard.

Also…
Manuella looks like blond Melania, and I don’t like Nika’s song (differently from many commenters here).

Nika the best choice this year!

zdaj je cas, that song omg gospel and groovy and powerfull it is so beautiful 😮
BQL is my 2nd choice !
otherwise slovenia has a really strong selection this year ! better than sweden so far XD

I got to listen to the songs earlier today, so I already have opinions: as expected BQL is my favourite. Nika Zorjan sounds promising and Lara Kadis is also alright. The rest is really boring, sorry… They should either choose Nika or BQL otherwise I don’t see a chance for Slovenia.