Tonight the grand final of Italy’s iconic Sanremo Music Festival will take place. The winner won’t necessarily be the Italy act for Eurovision 2018, but it will at least give an indication of who might be boarding that plane to Lisbon in May.

For the first time, broadcaster RAI has uploaded the performing videos of the competing acts to YouTube. And from that, it’s possible to look at the view counts of all the performances.

Is this a good indication of potential Sanremo success? It’s hard to tell, but in the past Italians have smashed records for the YouTube views of “Grande Amore” and “Occidentali’s Karma”. So it’s fair to say there is a national appetite for videos of Sanremo stars.

Topping the list with 2,227,491 views is one of the big favourites of the competition, Ermal Meta & Fabrizio Moro with “Non mi avete fatto niente”. The song was the subject of controversy earlier in the week after it was discovered that it uses the chorus of an older song by the same author. This is within the rules of Sanremo, but may prove problematic if it were to go to Eurovision.

In second place with 1,430,244 views is indie band Lo Stato Sociale with their song “Una vita in vacanza”. Their Sanremo performance is generating plenty of buzz due to its guest dancer. 83-year-old salsa dancer Paddy Jones makes a jaw-dropping appearance halfway though the song.

Third is three-time Sanremo veteran Annalisa. Her song “Il mondo prima di te” has picked up 740,197 views. She’s followed by the pop-rock group The Kolors who gained 545,378 views for their song “Frida”

These four acts also appear in the Spotify Top 50 chart for Italy. Ermal Meta & Fabrizio Moro are in 7th place, Lo Stato Sociale is 11th, Annalisa takes the 18th spot and The Kolors is 29th.

What do you think? Can Spotify predict the Sanremo winner? Or are we in for a surprise? Share your thoughts below! 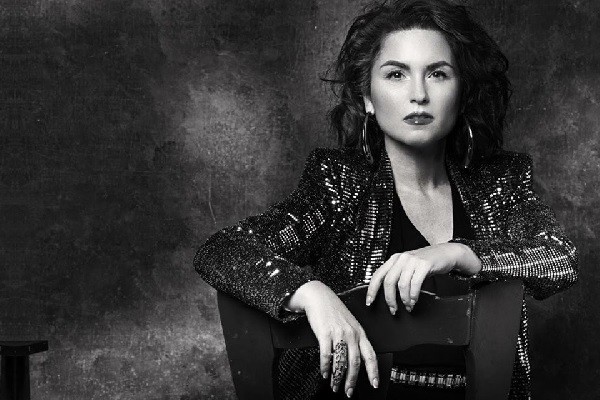 Meta & Moro MUST win tonight. Come on Italy, we don’t want to hear trashy European pop in Eurovision, send us your best song!

The press shouldn’t have voting rights. They need to be neutral yet act as if their voice is as important.

The only reason why MetaMoro has so many views is because of the mentioned controversy, not because the song is something spetacular. TBH, the only people that really deserve to go to ESC are Nali and The Kolors (who already have the English version, xoxo). And LLS, who are really gaining their momentum now.

The most “eurovisionable” song/artist are TheKolors with “Frida”, the most beautiful instead is Diodato’s “Adesso”.

I’d LOOOOVE to see MetaMoro’s song at Eurovision! It’s the only one so far that has given me actual chills. Otherwise The Kolors or Annalisa should be the acts to send (and if Annalisa went with the guy from her duet it would be great).

I’d love to see the granny from Lo Stato Sociale on stage, but that guy can’t sing at all 🙁 .

I literally agree with every word you said xD

Una vita in vacanza is a weird one, where the song is really good but it’d do relatively bad at Eurovision due to the poor vocals. But I’d also really like to see them in Lisbon, if not Annalisa or the Kolors.

After last night, I’d also love to see Giovanni and Arisa do a duet of Eterno at Eurovision, because that performance was stronger than his solo ones.

Considering alI the acts chosen by Claudio Baglione this year, I still believe a legendary singer will win Sanremo (journalists are predicting Ron’s), with another contestant going to Lisbon. After the controversy, I don’t think RAI intends to send Meta+Moro… Maybe Lo Stato Sociale, Max Gazzè or Diodato+Roy Pace (the last one I can see them as an unexpected, but a great contende and doing well on ITunes charts).

Sanremo and predictions don’t go together. Either way, I hope not.

As mentioned in the article, if these two win they might not be able to go with this song because of the scandal around it, so they’ll probably leave the honor to the runner-up.

Or, what would be best if they write a new song with Eurovision in mind. Since Sanremo and Eurovision is not the same thing and voters hold different aspects in mind when they vote.

Oh, I am not the only one who had that thought…

Actually… I don’t think so. Occidentalis Karma had 90 Million views before the contest and he still didn’t win. I wouldn’t relie on numbers like that. But I think Ermal & Fabrizio will win anyway… I’d prefer the kolors, but I’m fine with them.

Occidentali’s Karma’s Youtube views mostly came from within Italy, thus all his support is in Italy. Understandable why he won Sanremo and not Eurovision.

I completely disagree that Occidentali’s Karma views mainly come from Italy. It has now reached almost 180,000,000 views and this continues to grow daily. I am from Ireland and love the song. Fans from many other countries continue to view the song as is evident from the comments. I think the choice of songs in Sanremo is very poor this year and none will come close to the 6th position achieved by Francesco.

Lol I know… I’m not that stupid. I wasn’t referring to ermal and Fabrizio, I meant that views don’t always mean that much in general…

I hope that Ermal and Fabrizio will win!
Amazing song. First time ever – I cried to the song from Eurovision (resp. Sanremo). It’s so beautiful and emotional.
The second place for me are The Kolors. Great, catchy song. But I think that even Italian people don’t like them so much…
3rd place for me is Annalisa. Nice song…

I think audience winner will be Ermal&Fabrizio or Lo Stato Sociale.

I’m guessing they’ll be fighting for first place too, with the pressed juries giving top votes to Ron.