On Sunday, Armenia chose Sevak Khanagyan as the winner of its national final Depi Evratesil with his ballad “Qami”. But along the way there were more than a few dramatic moments with the voting. Now broadcaster AMPTV has released the full voting splits of the two semi-final and the grand final, which helps explain just what went on.

The broadcaster also revealed the names of the members of the international juries that voted in each semi. The juries featured many familiar faces from the world of Eurovision, including heads of delegation, national final producers and other creatives.

For many viewers, the big surprise from the first semi-final was that Tamar Kaprelian did not make the cut. But the full results reveal that she came oh so close. The “Poison (Ari Ari)” singer received five points from both the jury and the televote. It was enough to put her in sixth place, missing out on qualifying by only two points.

The jury and televote agreed on qualifiers Nemra, Robert Koloyan and Gevorg Harutyunyan. However, the jury’s higher score got Lusine Mardanyan into the final, while the televote did the same for Mger Armenia. Jury favourite Zhanna Davtyan and televote favourite Gata Band did not have enough support from the other jury to make it into the grand final.

The jury liked AlternatiV, but sadly televoters ranked them last, meaning they did not have enough points to qualify. Conversely, the jury ranked the outrageous Kamil Show last, however the public was loving the vegelicious diva and gave her ten points, enough to ensure qualification.

In the grand final, Sevak Khanagyan again enjoyed a clean sweep, with 12 points from both the jury and the televote. Kamil Show again was loved by televoters a lot more than the jury. She received 10 points from the televote but only two from the jury.

Asmik Shiroyan — who had been considered a fan favourite coming into the competition — received a surprisingly low score from televoters. “You and I” only managed to pick up three points from the public, but received six points from the jury.

Tamar Kaprelian’s protege Lusine Mardanyan was again a favourite with the jury but less popular with televoters. On the opposite side, Mger Armenia‘s quest for immortality struck the right chord with televoters. He received six points from the televote, but only one point from the jury.

What do you think of the Depi Evratesil full voting results? Are there any surprises? Share your thoughts below! Norway: Wiwi Jury reviews Nicoline with “Light Me Up” 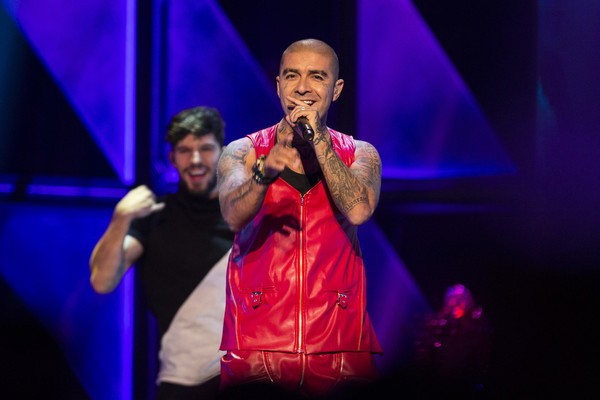 Fake sms votes and inconsistent jury votes. It was all a scam and public fell for it

Regardless of who the jury members are, looking at the televote results it’s pretty clear that Armenia wanted to send Sevak – and I gotta applaud that they decided to send something that represents Armenian culture and their country. With a little bit of revamp, Qami has the potential to finish top 3

Disgusting. Tamar received same points from the jury as two other participants (31 points), but she got the least points (one of them got 5, the other 6 and Tamar only 4). How come could this be fair?

Well in relative voting there was a 3-2-1 split!! So the person with the highest scores from 3 jurors got 7 and that from 2 got 6 and Tamar being highest with only one got 5

Actually they follow the Eurovision rule. The act with the highest single jury point gets the higher score. Since Zhanna had a 10 point from jury 3, she got the 7 points; followed by Gevorg and then Tamar. It looks like Tamar just didn’t make it by a pure bad luck. She was so close – but regardless, even if she made it to the final, there’s no way she was going to beat Sevak. I mean he took victory by a landslide.

Thanks, guys. However, I am still let down. I saw no way to see Tamar missing the final out. The final was not spectacular without her. We lost a good show and a very good song. Anyways, I wish Sevak good luck. I want Tamar to learn that there are people who support her. I personally voted for her with my family member and it was devastating to see her elimination. She was gorgeous.

OMG…please. The final was outstanding even without Tamar. Next to Melodifestivalen, Armenia put together the best national final in my opinion…better than France. There were literally 4 or 5 songs that I would have loved if they sent it to Eurovision.

LMAO! You can’t be serious. 😀 That was a terrible show, man. There was only Tamar which was kinda likable and memorable, but it wasn’t that good too. The rest were old-fashioned, boring, cliché songs. Plus the production was cheap. Even a kid would understand that.

@Jon Olalala Sand – I am serious. Did you watch the other national finals? And, which part of the production was cheap? The stage was stunning so were the graphics and yea they had some sound issues in the semis but the final was great. Oddly enough, I think Tamar’s song was kinda outdated (very 2008 Armenia-like).

Traditional sounds are never old-fashioned, man. No surprise Armenia’s bets started widening after the selection, whereas bookies had confidence in Armenia when Tamar was the hot favourite. Armenia is now 23rd while with Tamar it was believed to finish in top 10 or close to that. Besides, Armenian diaspora likes it and would vote. They didn’t like Artsvik’s song which drastically flopped. Tamar’s song was the second most-watched on YouTube. Sevak could have more views as he was famous in Ukraine and some people remembered him in Russia, too. The comments mostly in Russian under his video explain the situation.… Read more »

Even if she was given 7 points she wouldn’t have qualified.

If only the National TV didn’t make the sound so bad in her case… she would have qualified easily. She is a diasporan Armenian and those people who voted for her, praised her and her song. By contrast, Gevorg received many votes because all his region voted for him. So did voters do for Amaliya and Mger. No relative voted for Tamar. She is the best and good for her she managed to get so many votes. I’m sure many of her fans voted for her student Lusine, as they were confident she was through with no difficulty, but they… Read more »

They tried to get a panel like Bulgaria did , but the Bul jury felt more balanced and here we see too many heads of delegations , but still nice panel.

Kamil Show”how we miss you

*Said no one ever

I have to question the strategy of having an international jury be composed almost exclusively of other HoDs. These people are your main competitors, and honestly I’m not sure I’d like the people responsible for the likes of Belarus and Georgia informing my decisions, they don’t exactly have the best track record at ESC. And we all saw the stunt Bjorkman tried to pull in France… If you must have an international jury thinking it’s gonna get you Melfest-like results, then fine, but at least make sure they’re impartial music professionals. Having said that, I really like Qami, so maybe… Read more »

Don’t know if Bjorkman was pulling a stunt. He might just have horrible taste. He did give 12 pts to Alexander Minyonok in JESC when he was an expert juror.

His stage persona is not, and that’s who they are referring to. So, ‘she’.

Do the juror numbers correspond with the order they are listed in the article?

Aside from the winning song, I only watched Tamar’s performance. It sounded like an Insult to my name.

You’re insane.
That’s what I thought the lyrics were
” Ari Ari insane”

I’m afraid you neither have a good handle on grasping song lyrics, nor responding in an adequate fasion. 🙂

That’s really sad for me. 🙁

Thanks for believing in me 🙂

OMG! Sevak KILLED with the televote! Clearly the fave!

Quite an all-star cast of HoD.