It was a sad day in much of the former Yugoslavia on 4 February, as the news broke that Ljiljana Petrović — the first singer to compete for Yugoslavia at Eurovision — had passed away at the age of 81.

Ljiljana Petrović is best known for performing at the sixth edition of the Eurovision Song Contest, held in Cannes in 1961. Yugoslavia made its debut alongside Finland and Spain, bumping the number of participating countries up from 13 to 16.

Ljiljana’s appearance at Eurovision certainly made an impression on the local audience. Yugoslavia competed at Eurovision a further 26 times until its final appearance in 1992. It won the contest only once, back in 1989, thanks to pop-rock band Riva and their entry “Rock Me”.

Ljiljana performed “Neke Davne Zvezde” in Cannes, which translates to “Some Distant Stars” in English. She finished in a not-too-shabby eight place out of 16, receiving nine points overall.

Thanks to her Eurovision appearance, Ljiljana went from a relatively unknown singer to a household name overnight.

Ljiljana Petrović away from Eurovision

Her best known work remains “Neka to ne bude u proleće” with which she competed in the 1966 Opatiji festival.

The singer gradually stepped back from showbiz in the 1970s. She began writing haiku poetry and lyrics in the 1980s and published her first book in 1991.

In 1961, Ljiljana became not only the first person to represent Yugoslavia at Eurovision, but also the first winner of Jugovizija. Which, you guessed it, is the vintage National Selection used by Yugoslavia to select its Eurovision entry.

Organised by then-national broadcaster JRT, each participating regional broadcasting centre would submit an entry to compete, with Belgrade, Ljubljana and Zagreb being the first to participate in 1961. Over the years, Yugoslavia was represented at Eurovision by artists from five of the eight Yugoslav federal units.

Following the breakup of Yugoslavia, and across recent years, the Eurovision tradition which began with Ljiljana Petrović remains strong across the region.

Ex-Yugoslav countries Bosnia and Herzegovina, Croatia, Montenegro, North Macedonia, Serbia and Slovenia all returned to the Contest on a regular basis.

May she rest in peace. 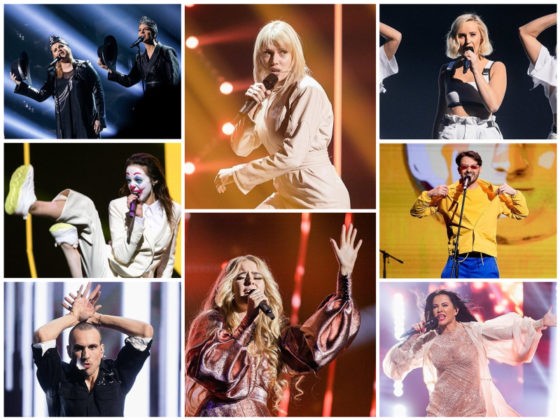 Always sad to hear about Eurovision stars die, may she rest in peace and we are all thankful for her contribution to the contest and to music in general

May she rest in peace. Hvala Ljiljana

A true groundbreaker, the very first to bring Slavic music to Eurovision. It wouldn’t be the same without it.

May she rest in peace and may we all remember her legacy.

May she rest in peace – those were quite different times…

This was a really lovely and well written article, acknowledging a significant participant of the past, and honouring the memory of her. Vale.