Bit by bit, the alternative Eurovision 2020 viewing schedule is beginning to take shape as broadcasters reveal their plans to fill the gap left by the cancelled song contest. And Ireland’s RTÉ is the latest network to show its hand.

The station will air a special programme, entitled Marty’s Magic Eurovision Momements, hosted by the country’s long time commentator Marty Whelan. And he needs your help!

In a video published on the official RTÉ One Facebook page, Marty appeals for fans to share their favourite moments from down through the years.

To take part, you simply send an email detailing your picks to [email protected].

“We want to include as many of yours as we can”, says Whelan. “I hope you’ll send in some of your memories, if you can remember them”.

But what are these moments being collected for?

RTÉ has told wiwibloggs that it will be airing a one-hour documentary. This will feature all of Marty’s own hand-picked moments from the entire history of Eurovision. The moments submitted by viewers will be considered for his shortlist.

The programme will be shown in May, but the broadcast date and time have yet to be confirmed.

He may not be going to Rotterdam but that doesn't mean we can't have our #Eurovision moment this May ????Tell Marty the standout Eurovision moments you want to see – martyeurovisionmoments@rte.ie

As previously revealed by the EBU, RTÉ is one of the broadcasters which will air Eurovision: Europe Shine A Light — the Eurovision 2020 replacement show. It is believed that this will be shown live on RTÉ One, the broadcaster’s flagship channel.

It is set to air in place of the Eurovision 2020 grand final on Saturday 16 May at 21:00 CEST. It will be hosted by Chantal Janzen, Edsilia Rombley and Jan Smit, who were originally set to be the hosts of Eurovision 2020.

The EBU intends for the two-hour long show to honour the 41 selected songs for Eurovision 2020 in a non-competitive format.

It won’t just be the 2020 acts that make an appearance. Former Eurovision stars from recent contests will also be invited to take part and perform iconic Eurovision songs. It has already been revealed that the 2020 representatives will take on “Love Shine A Light” by Katrina and the Waves. Fans have been asked to submit their versions of Johnny Logan’s “What’s Another Year”.

Dutch make-up artist and YouTuber NikkieTutorials will also create online content leading up to this alternate programme. The online media mogul was originally appointed to do this in the run-up to Eurovision 2020.

What do you think of Ireland’s alternative schedule? Will you submit a moment? Let us know in the comments. 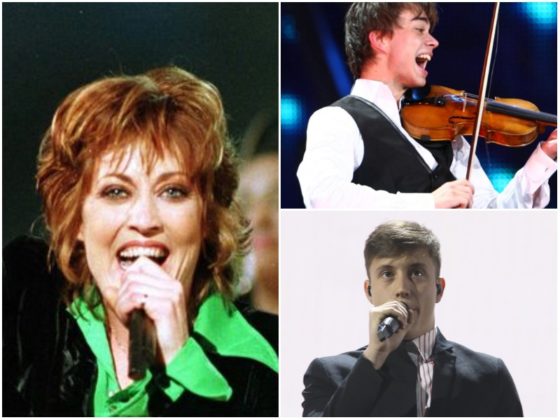 #EurovisionAgain: How to join in with the classic contest rewatch 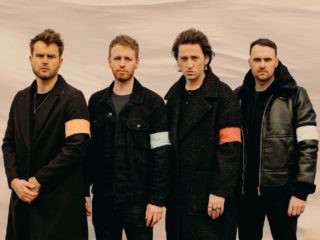 Marty Whelan is such a dreary commentator for RTE, no doubt it will be how great we were in the 80/90’s and how everything has gone downhill with bloc voting. Anyway, my ESC highlight is Mia Martini singing for Italy in 1992, amazing

Ryan O Shaughnessey qualifying for sure , I screamed I was so happy because I wasn’t expecting it and we hadn’t qualified since 2018

When Sweden got 21 points from the televote in 2018. Nothing will ever beat that.

Seriously, why does Ireland even bother to participate? They are incapable of goodness.

Zoom
Reply to  Them Gooks!

If they are incapable, how come they hold the record number of victories?

Well it’s a milestone for esc… only four acts and 3 winners crossed it, so…

Surprised RTÉ are not replaying on of their winning contest from the past, or one in which they hosted.

I will watch Marty’s Eurovision Moments.. he’s a national treasure here, and the only reason I watch ESC on RTÉ when I could easily watch on BBC at the same time.
I submitted the Jedward years and of course my favorite ever Eurovision winner, 2012 Sweden, Queen Loreen

back eurovision back on Tuesday and Saturday