The  Eurovision scoring system has changed a lot over the 60 plus year history of the contest. From pure juries to pure televote to a mixture of both. While the 2010s saw many minor tweaks to the system, it was the first decade in which a 50/50 system was maintained consistently.

At the beginning of the decade, juries and televoters were typically in agreement. However, there have been years in which the opinions diverged and the public’s favourite didn’t go on to win the contest.

Some months back we asked you to vote for your favourite televote winner of the 2010s. And after counting a massive 10,229 votes, the results are in!

Your favourite televote winner of the decade is Germany’s 2010 victor — Lena with “Satellite”.

The lightheartedness of Germany’s Lena impressed both juries and viewers at home. An undisputed victory with both groups meant the contest would come back to Germany for the first time since 1983. Lena’s victory in the televote was quite comfortable with a margin of over 60 points ahead of runner-up Turkey.

The top three is rounded out by Sweden’s game-changing 2012 champion — Loreen with “Euphoria”.

Besides bringing snow to the land of fire, Loreen was the first Swedish victory of this decade. Her mesmerising performance of an upbeat-hit found praise with both juries and televoters. Viewers were sent in an alternative universe by her physical and mysterious performance. All in all, she became one of the most iconic winners of all time.

Poll results: What is your favourite Eurovision televote winner of the 2010s?

Is “Satellite” really the best televote winner of the 2010s? Which act did you vote for? Let us know in the comments. 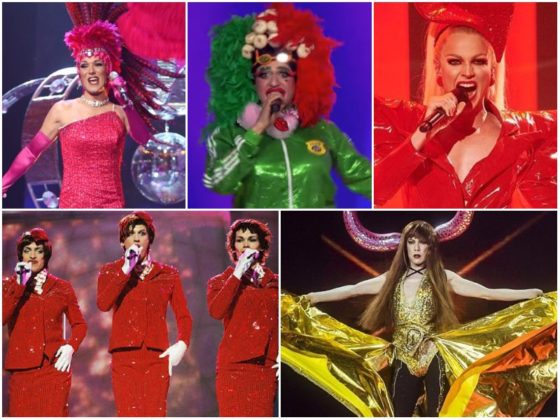 I think it was a joke.

Polls like this one always have me wondering how ‘Running scared’ won when basically nobody even really likes it. Another thing that makes me scratch my head … how could Azerbaijan get away with receiving 12 points from the Maltese televote EVERY F*CKING YEAR?

Last edited 2 years ago by Nils
3

Plus a lot of their songs appeal to Maltese public. For example Drip Drop sounds like a Maltese entry. I take your point however.

I’ve tried to elaborate on this a little, but the moderator has swallowed my two attempts. Hopefully they show up later – it makes me fume that they can ch**t so blatantly and I can’t even talk about it.

And promotional performances in Maltese television alone surely can’t make you their top pick for four years in a row – and then, all of a sudden, the love ends and Azerbaijan receives naught from Malta (but 12 points from San Marino instead).

I really liked a couple of their entries (Dihaj, Chingiz, Aisel). But these obvious frauds back then still prevent me from voting for them as of today.

The trips to Malta were probably when the whole scam was arranged. $$$ to the anonymous jury, favours in return to the executives, pre-paid mobile phones being passed around. How funny that in 2011, Azerbaijan received little love from the harder-to-manipulate markets. UK, France, Italy, Germany, Denmark, Norway, Ireland – all of these countries literally gave them zero points.

Yees. Perhaps Azeri entries are written by Swedes with the Maltese Televote in mind?! There was sadly a “shooot in foot” moment in 2015 when Malta voted themselves out of the final and Azerbaijan got the 10th position. “Hour of the Wolf” is probably my favourite Azeri entry don’t understand why it crashed and burned. There was a “rule change” that year; under the old rules Malta would have been in and Azerbaijan out. But I liked both songs. Amber Bonnin represented Malta that year with “Warrior”, there was a glut of “Warriors” that year (!).

It was cheating. There’s no way that Malta would give Azerbaijan 12 points four years in a row. It’s not remotely plausible. They manipulated the small voter regions through bribery and fake phone voting. Not just in Malta. As soon as the reforms were brought in, Malta gave them 0 points. Coincidence? I think not.

Well, they were minor reforms. Before 2014, when Malta were going for Azerbaijan year after year, nobody knew who the juries were. After even more suspicious behaviour and some serious accusations in 2013, the EBU finally decided that things should be more transparent. Every jury member must be made public – their names, ages and professions. They also brought in a new rule that anybody caught cheating would be banned for five years. This is the moment that Azerbaijan’s fortunes suddenly declined, and Malta went from 12 to 0. It’s hardly unconnected.

Don’t forget fake computer-generated votes! They literally decided the jury result last year, and even then they couldn’t get it right.

Yeah, I meant they got it wrong on the broadcast. They did correct it later – by replacing one set of fake votes with another set of fake votes. Computer-generated. It’s ridiculous! The first 40 years of the contest were decided purely by juries, imagine if the winner had come down to such close voting – like Celine winning by one point. If that one point had been fake, wouldn’t the UK be annoyed? I just hope that never happens with the overall result these days. 56 fake points given out by San Marino every year, 112 fake points given… Read more »

This is a different issue than cheating, of course. I’ve probably sidetracked a little.

Sorry, my maths was slightly off in my previous post…

Sorry everybody… but a true deserved winner… although Loreen.. damn it this is a difficult… Help !!!!!

Are we sure Azerbaijan won the televoting over Sweden? The difference is to small and in 2010-2012, in the televoting rankings, countries which had not a public vote were inserted with their jury, this is realky confusing.

If you take off Sanmarinese points from the televoting (the only sure country that 100% had not a televote), Sweden would take the advantage.

Yes, the author IS sure

Last edited 2 years ago by Andi
-1

Are you sure the author is sure?

Lena was not my winner, I didn’t like the song al all !! My winners were Il Volo from Italy !!

So? Not everypne shares your opinion?

This is a surprising result for me. I don’t see much difference between Satelite and Only Teardrops and Running Scared. It is quite a safe pop song, enjoyable for sure but not massively memorable. I am surprised that Loreen has not won as that song is in all-time classic territory.

Lena is not the best (televoting) winner in the passt 10 years.
There are more unique songs (Il Volo, Keiino, Conchita, Loreen) and I say this as a German.

Though I agree with you and rather would have favored Conchita, Loreen or Salvador myself (and I say this as a German), one can’t argue that only Conchita and Salvador stuck out more in terms of their personalities.

Add on top that Lena sang a pop song in English while Salvador sang a jazz ballad in Portuguese and keep in mind that many people still can’t get over a man in women’s clothes and you’ll have the reason why she won this poll.

(No schizophrenia here, by the way)

Sorry but no, Loreen deserved more and Sergey too

I’m not at all surprised that Azerbaijan came last.

I think it could’ve been a “hit or miss” song but it worked.

I’m still stunned by their televote win and more than thankful for the existence of the juries (although I think Macedonia wasn’t anything special either). But to me, ‘Spirit in the Sky’ sounds like a cheap revamp of Rednex’ ‘Spirit of the Hawk’ that’s gone terribly wrong. Too bad to even be a ‘guilty pleasure’.

Agree re Macedonia don’t know where that came from. Moreover when you think of all the great less successful entries, including from Tamara! Only my opinion ?

It was OK. On a flight to Oslo during an MGP discussion the steward assured me I was “going to love it”. It was a lovely moment when the Televote was announced and Alexandra burst into tears. Wish they had kept it till the end like previous years?

For example it would help if the juries understood the system. For example the erm “young lady” who placed Netherlands last in the semis it must have grown on her so much that she placed it first two days later!

Plus there was more “suspense” the old way. In 2016 when Poland were almost in last position, and they were among the final three Televote countries to be called. I did seriously think something had gone wrong (!)

Last edited 2 years ago by Jofty
1

Maybe it’s me but I’ve been loving more and more Il Volo, Sergey and Keiino afterwards. Knowing what happened with results and everything.
I always liked them even tho they weren’t my personal favourites before the contest but watching their performances on the night with people.. was really a moment.

Last edited 2 years ago by Alex
6

!!!???really? Nobody has overpassed Loreen during this decade, there’s a before Loreen and an after Loreen, sorry Lena. My ranking: 1st Loreen, an absolute winner with a banger, even my friends completely out of the esc know her song, not the case of the others. 2nd Conchita, just an icon with a so good voice even if the song was average in my opinion. 3rd Sergey, firstly because he always got this place in the contest and because what a performance! 4th Netta, I love how she performed and her song had something special. 5th Salvador, he and her sister… Read more »

Downvote me as you want, I like that and it won’t change my opinion, on the contrary.

Euphoria is everything. It’s timeless.

You know Loreen was barefoot too? What’s the problem with not wearing shoes?

I don’t believe this result at all, there is no way that Loreen couldn’t win (and I don’t even like Euphoria)

Lena is so underrated by some ESC fans. Satellite was a hit and Lena is one of the few (handful) Eurovision winners of recent years with an actual career after Eurovision. She’s still a big name in DACH area. Her Eurovision victory was well-deserved, a simple yet effective performance and a catchy modern song. I love how she has evolved from her ESC image. I just wish she had been in the Amsterdam show for Eurovision and maybe in the Netflix movie too. On the one hand, i am happy she doesn’t need ESC to be relevant again but pon… Read more »

Lena is my favourite winner of all time – I love her and have all her albums since she won eurovision! As much as I love Mans from Sweden I completely agree that I’ll Volo were robbed in 2015…

Lena is super lovely and she is still big in business in Germany, Austria and Switzerland. So good to see that she came back as a juror for The Voice Kids Germany. The kids love her.

Netta is underrated. Top five for me!!!