Melodifestivalen 2021 is due to kick off in little over two weeks. Now Swedish broadcaster SVT has shared a first look at the stage design that will be used. And while this edition of Mello won’t include a live audience, this has opened up new possibilities for the layout.

SVT has shared renders of the stage design, giving an idea of how the stage will look once it’s built and lit up.

SVT says the stage has been created with “the ambition to be magnificent” but to also offer different ways to stage all the different Melfest performances. There is also an aim to create a “clear own expression” that belongs to the 2021 show.

Taking advantage of the missing audience

Unlike previous years, Melodifestivalen will be held in one location — the Annex venue in Stockholm. As well, the shows won’t have a live audience, but rather than this being a disadvantage, stage designer Viktor Brattström has taken full advantage of the new scenario.

Brattström — the regular Melfest stage designer, and one of the co-designers of the Eurovision 2013 and 2016 stages — explained, “The fact that there won’t be an audience is a big difference that we have had to take into account. But it also offers, in these contexts, new opportunities.”

The lighting rig above the stage has been lowered and a reflective roof has been installed. Brattström said that the lower rigging “would normally have obscured the view of the audience, but now gives us an exciting mirror effect and a “clubbier” light effect in the ceiling.

The design also lets the cameras get closer to performers. The stage is shaped like a catwalk, but as there will be no audience down the front, cameras will be able to give artists some close-up attention. It will even be possible to film the catwalk from side-on, given a different perspective.

And, of course, there are LEDs. The back wall features three LED walls. They described as being “separated in depth where different light effects may come to the fore.”

What do you think of the Melodifestivalen 2021 stage design? Should Eurovision 2021 use similar ideas for their staging? Have your say below! Welcome to the annual Swedish Fashion Show Catwalk! There’s enough space for the cameras to create “Euphoria.” Yes, we’re going to “Undo” the mistakes of our past and become “Popular” again. It’s all because of “You” that we have become “Bulletproof.” I’m not “Sorry,” no, and now “I Can’t Go On” any more. (Actually, really, “I Don’t Give A…” cos my “Kingdom Come” and on, and on, and on…)

interesting. after reading all this song titles, I felt the urge to l?sten to “Kingdom Come”. And I also have listened to Mirakel – a true legend.

What? No live audience in Sweden? 😉

I don’t care about the stage if the songs are not good.

Last edited 1 year ago by sucof
6

That all depends on the quality of screens and the leds. Nothing looks cheaper and old-fashioned than weak leds screen with sub-optimal high resolution. This is of course not the case for Sweden who has lots of money to invest in state of the art technology, so you are in for a nice treat, scenically speaking. (I say you, as I am not intending to see Mello, expect for the winning act and maybe the runner-up, after it is over. I perfer to use my precious time with Sanremo and Eesti Laul 😉 )

you can like it or not but here there is originality and manual skills, they are not straight LED walls like in sweden 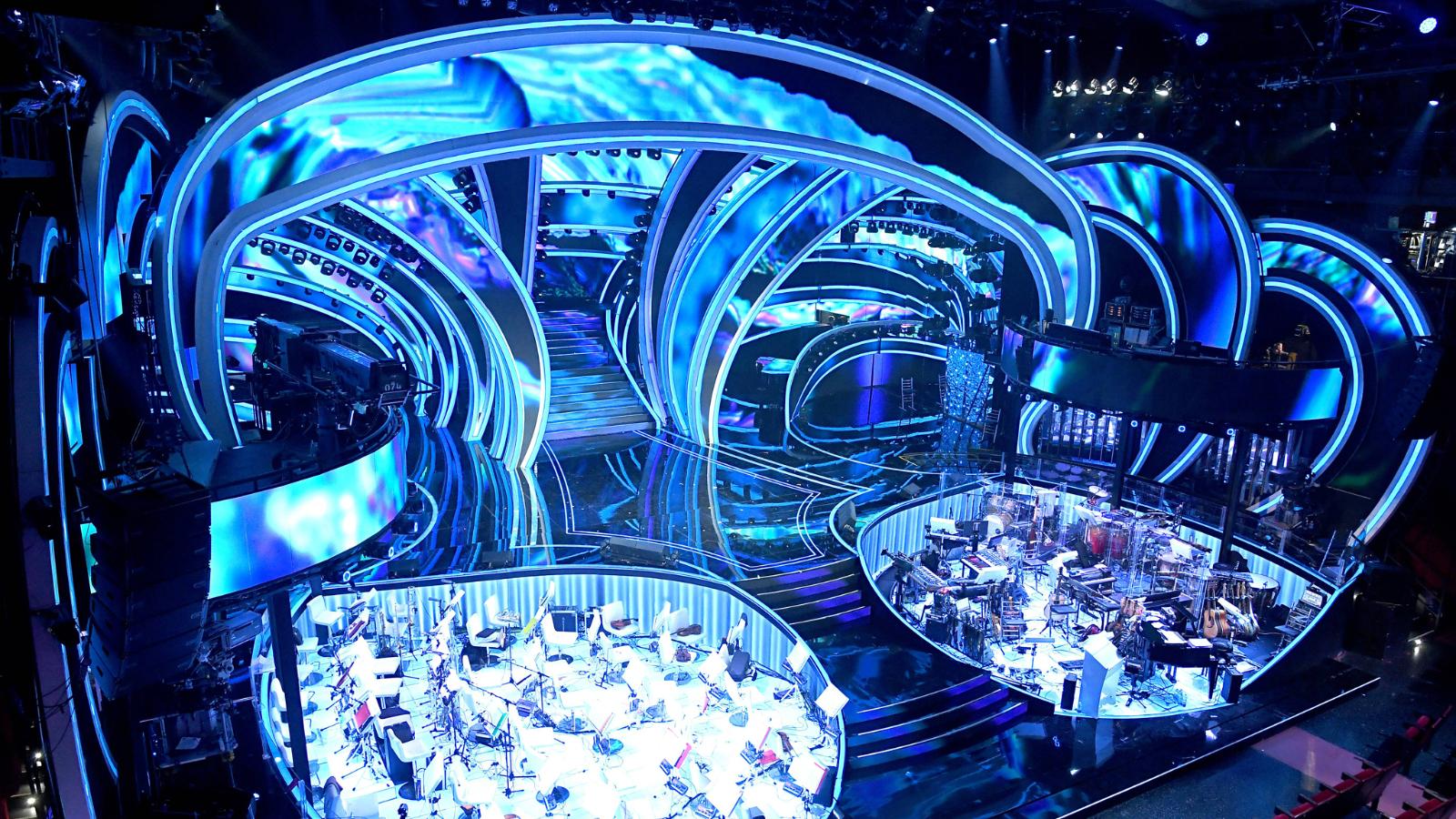 the work they do to build the whole stage of the Melodifestivalen is not enough to make 1/3 of the scenography you see in the photo!

Last edited 1 year ago by sucof
1

Sure, the Sanremo stage looks great. Though, aside from this year, melodifestivalen is a national tour which means the stage has to be assembled, deconstructed and transported six times which means there’s a limit to how complex it can be. The Sanremo stage is only used one time in one place. Also, SVT who hosts melodifestivalen, is state-owned and paid for by taxpayers. They can’t just put millions of dollars worth of tax money on a stage. I don’t know who pays for the Sanremo event. Lastly, I think the benefit of the rather simple design of the melodifestivalen stage… Read more »

SVT barely use live audience shots in their performances so it won’t be that different.

Last edited 1 year ago by Alex
8

This is what Sweden does best… production and stage design.
Maybe their songs are not most diverse and interesting all the time but they always take the competition seriously!

This looks like a different version of the MGP 2021 stage…

Does it look like the 2017 stage for anyone else?

I was thinking of 2016 with that catwalk and when you take away all of the open space.

It’s definitely got a similar ‘tunnel’ effect as 2017, for sure.

If you like Sweden as a eurovision country or not, you can’t deny they do an amazing job preparing their Melodifestivalen. So I quite admire that. Hope other countries that has more money and technology could do the same effort

Looks amazing, that how I want a technically advanced Mello to be!
Question though, why not have a “Sweden” wall, like they have on Idol. Live video footage of a home audience cheering for their favourites! Would mean a lot for the performers..

What “technically advanced” is here actually?

I can’t at idolising Sweden at every corner.

Kinda ironic when it’s literally the opposite. Sweden has been crapped on for the last five years as the most ‘overrated’ country in esc in the comment sections

And the number of dislikes under mine and ur comment just shows how shallow are some people for some things and for some reason. LOL

Yes, because LED actually requires motion graphics which is an advantage. Unlike non LED stage because it all looks the same. You can’t do anything with it.
And I can’t with people constantly crapping on Sweden and calling everything about it overrated while pretending other entries are better and have more value because their entries have “ethnic” garbage in them.

I agree that LED have a great enhancing effects, if of quality. But saying that with a non-LED stage one cannot do nothing that is not entirely true. Look at ESC 2010 in Oslo , that had not LED but spectacular stagings based on lights. On the other side, look at Sanremo, which does has LEDs, but nothing going on in staging. I think one can be moderate about the LED-discussion.

I love how Sweden does things!

it looks so good, i love it

I hope they don’t use as many long distance shots. I want the camera to be closer to the singers to make the performance look even cooler