In early March the bookies had Denmark’s Soluna Samay listed as the favorite to win the first semi-final at Eurovision 2012. But the Wiwi Jury—our international panel of music unprofessionals—doesn’t listen to the bookmakers when we dish out our reviews. Read on to find out whether we agree with them…

Wiwi: Soluna speaks fluent English—and that’s why it annoys me she cries “like Sahara miss the rain” in her song “Should’ve Known Better.” Like. The. Sahara. Misses. The. Rain. Grammar aside, she has a lovely voice, she sings from the heart, and her “gypsy pop” sound should go down well with voters from Brighton to Bucharest. I was a huge fan of Dansk Melodi Grand Prix runner-up Jesper Norshtedt—his song remains one of the most played on my iPod—so it’s difficult for me to think of Soluna’s song without a degree of sadness for him. But pushing past that, this is a pleasant number, and I love how vulnerable she sounds in a song about loss and regret. Given the weakness of the field this year, Soluna—that means sun-moon—just might crack the Top 10.

Vebooboo:  There must be something in the water in Denmark, because they keep producing quality Eurovision songs year after year after year.  Contemporary song, albeit with an anything but contemporary attire choice.  The lyrics are a bit amusing, but since most people watching won’t understand even the most basic English lyrics, I don’t think she has much to worry about.  This is basically Anna Bergendahl but actually good.

Meows Kitty: This song has great radio potential and Soluna Samay is very pleasant on stage, the only thing is… it’s a tad boring. Compared to last year’s “A friend in London,” there are no captivating moments in this song, no climax, it just sounds the same the whole way through. The sound will appeal to a lot of people though and I think it will probably make the top 10, but it lacks the wow factor and is definitely not winner material.

Deban: This song is clearly an ode to Denmark, who should have known better than to pick this as its national entry. What started as a wildcard entry out of a total of nine brilliant submissions from successful artists, “Should Have Known Better” was the song that captured Danish audience and televoters during the biggest ever national pre-selection event. (I’m still in shock as to why). This middle of the road effort is so lyrically heavy, that many non-English speaking ESC fans wouldn’t bother making an attempt to learn the words. The multi-lingual singer herself would struggle to translate this song, should she be approached by a demanding journalist during an arduous press conference to translate the song into Spanish, Danish, German or French (languages that she’s fluent in).

However, it isn’t all bad news. This song has shot Guatemalan-born Soluna Samay from total obscurity to the number one artist on both the download and national charts. A highly impressive feat for an artist, whose first two albums failed to make an impact. The songwriting team behind this year’s Danish Entry are Remee Remee and Isam B (Outlandish), and executive produced by Chief1. They have combined sales total of 29 million singles. However, that doesn’t mean a thing in the Eurovision Song Contest. Let us cast our minds back to United Kingdom’s 2010 entry, written and produced by Stock, Aitken and Waterman and managing to come last. Did that sound good to anyone? Exactly my point!

Here’s the thing. Denmark has had a good reputation over the years with submissions (excluding the 2006 shocking Sidsel Ben Semmane’s Twist of love) and it’s a crying shame that this forgettable number is what we now have to look forward to in Baku. 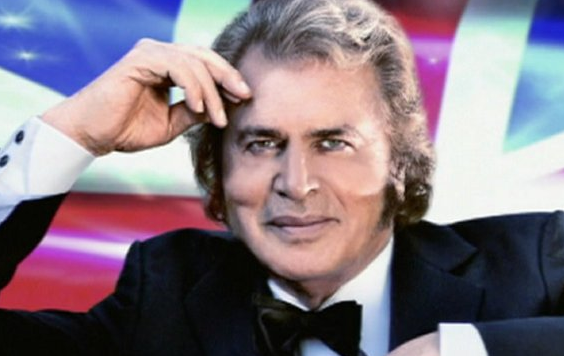 We should have known better.I never ever get any of my faces from the pre-selection with me. It is not a bd song but is it a good song? Is it memorable.Sweet and middle of the road but will it have a chance against the sudden euphoria on mid nineties dance ?

Clearly stealing the “desert miss(es) the raing from Everything But The Girl’s “Missing”, this songs continues to defy why is it rated so highly (and that is from someone who rather like the Twist of Love)!

She needs a gospel choir of about 100 people to appear on stage and give it some oomph…pity she is only allowed 6 on stage.

I think it is a nice song, I agree with the comparison to Alanis Morrissette. “Country chick with a guitar” has been done before and with better results, but the song is pleasant and the beat is catchy, I think that is fair enough for a Eurovision song, don’t you?

I like this. Not top 5 though for me. The main issue I see with it is that the hook (You should’ve known better) is very similar to the hook in Alanis Morisette’s version of Crazy (But we’re never gonna survive unless we get a little crazy). I don’t know how known is though Alanis in Europe. Anyway, that’s why I feel 6.25 is fair.

The musical style and delivery lies in a sweet spot that will appeal to a wide variety of tastes. It is contemporary, folksy, and moderately hip. It cruises along at an amiable pace. Good vocals, slick rhythm, nice hat.
But the climax and ending are not merely weak, they completely fail to do anything but fall apart feebly.
It will be in many people’s top ten, but individual voters only get to choose one favourite in reality, and I don’t see this as anyone’s number one.

Most of us can identify with the lyrics at one time or another in our lives, and for this, it will attract a lot of attention. Besides, she is attractive and has a good voice.

I am excited to see how this will do in Baku.There were other songs that ranked as my fave’s in the pre-selection and i struggle every year to get a favourite with me.This year is ok.It is AOR MOR but that is not a bad thing.I tend not to listen to it and so far only heard it 2 or 3 times and that will do for now