If there’s one thing Jerusalem can deliver on, it’s the emotive power ballad. Hebrew at first glance isn’t the most accessible of languages, but on repeat listen both ‘Milim’ and ‘Rak Bishvilo’ begin to pack a heavyweight punch of feeling. The devastation that ‘Rak Bishvilo’ delivered in Malmö was palpable, and made it a shock non-qualifier this year. It had a lot more emotional depth and vocal nuance than the bag of ballads on stage in Sweden. ‘Milim’ is almost a darker piece. Its lyrics are a hefty slap around the face amidst the carefree dance songs that are normal fare at the all you can eat Eurovision cheese buffet. Two serious songs, but there can only be one survivor – let’s examine them closer.

At first ‘Milim’ certainly comes across tame, but gradually builds to a crescendo of feeling. If you leave in the first minute you can tear yourself away, but by the second Harel has your rapt attention. For goodness sake, all she left him with was tidy books! You can’t help but feel sorry for the guy. ‘Rak Bishvilo’ on the other hand as a much more immediate grab, probably by about the 45 second mark. The music is instantly more emotive and dramatic than ‘Milim’; largely because that song relies so much upon building that the music is barely there for the first minute or so of the song. The collective building of ‘Rak Bishvilo’ is well cemented before you hit the minute mark.

The key to both these songs though is the ‘big note’. It’s the maker or breaker, what should in theory determine in a musical world, which of the two advances and which is fed to the hungry Eurovision Jury Lions to be mauled and savaged. Bizarrely in this case, it’s the song that actually qualified that fails to deliver. Harel has a pronounced bum note that comes smack bang where he should be soaring to glorious vocal heights. Moran, conversely, not only nails her note but also adds a personal rawness that shatters through her composure. It’s audible that she’s deeply moved by the song and its’ message. You have the distinct urge to give her some chocolate, open a bottle of wine and let her get it all out.

These are ballads y’all. Dancing around stage and showing your flexibility won’t do you any favours. If you want a good ballad, your vocal has to be on point and Harel just couldn’t deliver it. ‘Milim’ also despite its heavy subject matter somehow fails to reach the severity of ‘Rak Bishvilo’. The message might be starker, but the music of ‘Rak Bishvilo’ elevates it beyond power ballad territory. On a brief reading of the English lyrics, this is about holding onto the relationship that isn’t there and her world crumbling. She’d go to the end of the world for him, but through the wrought, honest feeling, it seems Moran’s been left behind by him. She conveys the emotion of the piece in a way that Harel frankly never could and never did.

I’ve no qualms about getting out the WiwiBloggs Death-Match Disintegrator and blasting Harel into a million pieces. Moran, your song was beautiful and you have my utmost sympathy for not qualifying this year, you were a class act.

Who do you prefer? Vote in our poll and then let us know what you think in our comments section! 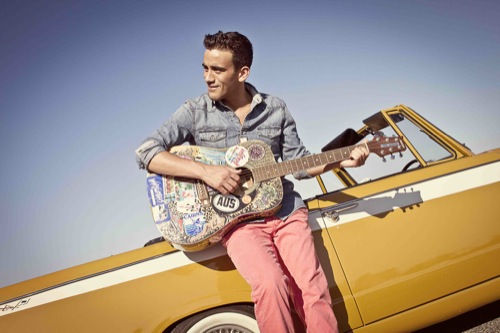 Harel Skaat was much better… Moran’s voice too linear, melody line was somehow boring as well… and when they tried to power up the melody it was a combination of loud, covering, backing vocals and a screaming Moran’s voice… I don’t see Israel winning Eurovision with ballads nor with ethnic for the matter, their best chance would be still with quality pop like “Diva”

A post about 2 power ballads: wow … this impressed me. When you think every single ESC fan born after the fall of the Berlin wall expects everybody to go “turkish/greek-ethnic-silly” or “eastern-bloc-trash” … a ballad shows up to calm things down and to remind us “yes, honey you have two ears: USE THEM!” and honestly when a slower song appears you have no choice or just go to the bar have a drink and come back when trash returns … I absolutely loved both songs (songwise they are remarkable compositions): vocallywise both were amazing, and even the fact that… Read more »

Moran Mozar was great, a beautiful voice and deserved to be in the final. But Harel Skaat was in my opinion amazing, and deserved to win that year. At least mine country had given it 10 points in the grand final. (:

I think Moran Did Better than Harel

Hands down Moran! She was like an Israeli version of Adele, Harel just didn’t do it for me, I found it a little bit boring. But Moran! How did that not qualify?!?!?! It was way better than some of the qualifiers from her semi.