Days after HRT pulled the plug on Croatia’s Eurovision hopes for Copenhagen next year, alarm bells are ringing once again as Serbian broadcaster RTS are considering whether to follow suit, according to InSerbia News. Aleksandar Tijanic, chief executive officer of RTS, spoke to Serbian daily newspaper Blic about the possible decision.

“We are still thinking about whether we will participate in the Eurosong or not,” he said. “In a month we will make a final decision. Public service is in big financial problems. Eurovision is very watched here, but it costs us about 350,000 euros, before the marketing process. Of commercials and sponsors we cover about 200,000 euros, but there is still the expense of 150,000 euros. At this moment we are still gathering information so we could make the final decision”.

Dragan Ilic, head of the last year’s Serbian delegation, has pointed out that financial difficulties are the main reason Serbia are considering withdrawing from Copenhagen next year.

“Public service is in financial troubles and it depends on management whether we will have the money to go to Eurosong,” he said. “As far as we, the music editorial team which implements Eurosong, are concerned, we have been in contact with the representatives of Eurosong and we are making all the preparations as if we will participate”.

Moje 3 was chosen to represent Serbia at Malmö earlier this year, with their entry “Ljubav Je Svuda”. They fell agonizingly short of reaching the final after finishing 11th in the semi-final with 46 points. 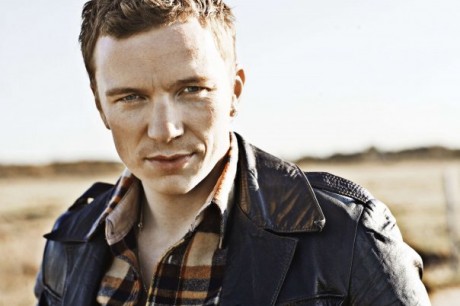 Niels Brinck’s “Sommer” and “Human” Were Highlights of the Summer If those outfits were expensive, the person who cashed in must have been laughing 😛 Would be too bad to see them go. They tend to have pretty strong entries!

i love serbia! for me it’s the leader of balkan region in eurovision. a loss of serbia would mean a loss to eurovision. 🙁

NOOOOOO! Don’t do this to me, RTS! *collapses*

Is this really a big loss? The only Serbian entry I’ve ever liked was Nina “Caroban”. All the rest was fairly mediocre in my opinion, especially that song that did so well in 2012.

I’m afraid we won’t see the Balkans re-joined any time soon. Too bad for Serbia if withdraws,it’s my favourite ex – Yugoslav country in the Eurovision.

I mean, if Eurovision is really costing the station (and if it’s entirely funded by the government, the nation) 150,000 euros, then they’re totally justified to consider a withdrawal. This is a country I wouldn’t like to see go, though. The possibility alone of Zeljko Joksimovic being involved in anything is too precious to squander.

Don’t do this to me Serbia… Don’t do it!

To be quite frankly I only felt happy for Serbia in 2007 because against the joke entry from Ukraine, they deserved to win and thank God they did … music against jokes … But on the other hand I feel not big connection to what they have tried to offer musicallywise the same way I don’t feel the same for Croatia or Bosnia for the most part, so honestly if they wanna withdraw fine by me and it’s useless if not ludacris that fans outcry their anguish for these withdrawls: who cares? It’s just a song contest not a “test… Read more »

They had worse scenarios.

I don’t think they’ll withdraw result-wise. They’re still relevant. And when they hit it, they hit it.