With Europe’s biggest TV show coming to Austria this May, the country’s state broadcaster ORF has decided to inject its national selection with steroids. They’ll choose their winner over the course of four primetime shows and the artists will work with Anna F, the Austrian singer-songwriter, and Alex Deutsch, a successful manager and musician.

Speaking to eurovision-austria, Anna F had this to say: “I have invited some national and international songwriters and producers for the project, with whom I have worked in the past years. I am looking forward to working on the sound and the songs together with them in the studio, and, if necessary, to giving advice.”

ORF TV Director Kathrin Zechner suggested that Austria deserves a good show. “Even as a small country, we are renowned as a music nation,” he said. “In many a basement, on small stages and at home on their laptops, people are producing good music. In cooperation with the Austrian music scene, we want to uncover these yet undiscovered gems, get to know them, and coach them.”

In addition to great composers like Mozart, Beethoven, Schubert and Strauss, Austria has given us artists such as the Trackshittaz, Thomas Forstner and Wilfried, all of whom finished last at Eurovision. Perhaps Europe wanted something more classical?

Who do you want to see sing for Austria this year? Can anyone match the heights of Conchita Wurst? 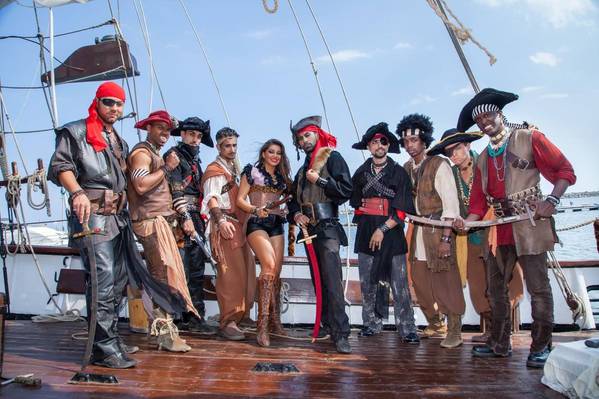 Finland: Ahead of debut album, Softengine release second snippet of The Sirens

Wouldn’t it be mad if Austria won again????

And what if Conchita applies again?

Thomas Forstner was last in 1991, but he was 5 in 1989 with one of best song from that contest Nur ein lied compose Dieter Bohlen.

Glad knowing that after Hungary now Austria is also going to take the contest very seriously. I don’t know who Anna F is, she maybe is a credible musician in Austria, but I hope that she won’t interfere the authenticity or musical style of the musicians that she is going to coach. Beside that, I am really happy that some countries are taking Eurovision as a song contest again.

Trackshittaz and Natalia Kelly should have qualified.

I loved the Trackshittaz 🙂 Not knockin’, just pointing out that Europe wasn’t feeling ’em!

I think Nathalie Kelly is the best Austrian entry so far

I liked Trackshittaz. Stop knocking them.
No one will be able to top Conchitta’s performance. Austria should enter something completely different next year to avoid any comparison.

“Austria has given us artists such the Trackshittaz, Thomas Forstner and Wilfried, all of whom finished last at Eurovision.” Well there is a big difference between these three artists. Wilfried and Trackshittaz are lousy artists and they’ve had a terrible song while Thomas Forstner is a great singer and he had a fantastic song that was awfully underrated. “Venidig im Regen” is a fantastic song. And we must not forget that Thomas Forstner is responsible for one of the best results for Austria in the Eurovision Song Contest. He came 5th in the Eurovision Song Contest 1989 in Lausanne, Switzerland… Read more »

No! Eurovision needs some pop/R&B-like. Take Natalia Kelly (2013) for example. Why, the EBU thinks that pop is the most frequent musical genre for Eurovision.