Knez — that means “duke” or “prince” in Montenegrin — came to prominence in the early 1990s, after he competed in the 1992 Belgrade Pop Festival with “Dal si ikada mene voljela”. It may sound dated to us today, but it was wildly popular in Yugoslavia, which explains Knez’s pan-Balkan fan base. We’ll forgive him for the leather vest. The 90s were cruel to many…

In 2000 he won the Budva Festival with the song “Vjeruj”. Once again it has a strong regional sound and some major feel-good factor. And look—he cut that hair!

He’s also composed and produced for big-time Turbofolk artists, including Ceca. Below you can hear their collaboration “Mrtvo more”.

And here’s one of his latest singles “Donna”

What do you think of Knez’s music? Can he take Montenegro back to the final? 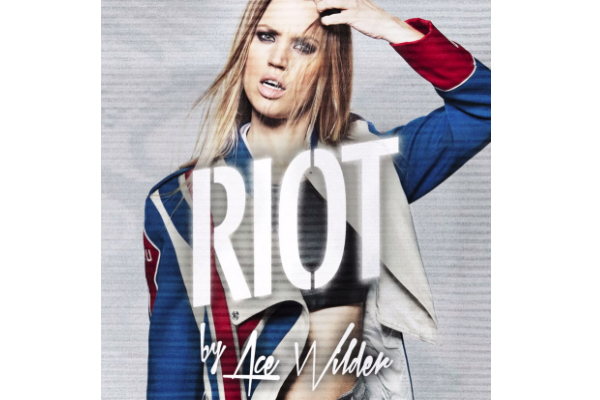 Light it up! Ace Wilder releases another floor stomper with Riot Johnny Logan: I would be honoured to represent Romania if selected internally

If they can give him a song like Sergej’s, he should qualify. If not, they have some ‘splainin’ to do.

So, what does this mean? Montenegro is closed for consideration, yes? Which country is next to finalize their selection?

Montenegro should send the following guys next years:

Guys, don’t be so negative please, let’s wait for the actual song…

Even though, I must say that having Serbia back in the competition (and with ambicious plans) Montenegro has less chances to advance to the grand final.

Eurgh, that most recent single as hideous. If the song sounds like that, it will not get past the semis. No. Freakin’. Way.

At first I was like “oh god no” >.< "another random old guy" but then the more I listen he isn't so bad, with the right song he could scrape through the to the finals! Good luck Montenegro.

Montenengro has no ambition in this competition. This is not Serbia, Russia, Ukraine, Sweden, Romania, Greece, Azerbaijan or Armenia. You have to wait for songs of these countries.

I guess Montenegro will not qualified from semi final

I do like his folk style, though it’s not exactly suited for Eurovision.

I don’t like it. Montenegro will not qualify for the final this year 🙁

So they are just repeating what worked last year…so what? if it ain’t broke don’t fix it. None of you were mad when Germany sent Lena back to back…

His songs seem very… Balkan. Which is great, I love to hear a national flavour and I hope he sings in Montenegrin. But he’ll need a really strong melody to appeal outside the former Yugoslav Republics I think. Hopefully no dated soft-rock or songs that sound like Ricky Martin B-sides.

I thought it was Sergej again -___- But I’m sure Knez will qualify for the final!

maybe you guys would be more interested in something newer from him. https://www.youtube.com/watch?v=9c7UPBiNa44

I hope he can bring them to the final again!