Moldovan pop star and Eurovision 2013 sensation Aliona Moon beat the odds and her opponent in Friday night’s semi-final and is now one step away from winning the title of The Voice of Romania.

The “O mie” singer seduced the audience and the viewers alike with an emotionally charged and technically flawless rendition of Tom Jones’ ballad “I Who Have Nothing”.

The song was an interesting choice, seeing as this week it has been reveleaved that her direct opponent Gelu Graur owns a pub and a Harley Davidson bike, while Aliona herself has to sew her own dresses at home. The third live show was lucky for Aliona, and justice was served: she was finally voted the best in Team Smiley by the Romanian public, at the moment she needed it most, beating Gelu (who performed Etta James’ “At Last”) by 68%. Aliona Moon is now going to battle it out against three equally talented singers in next Friday’s final: Anda Dimitriu, Maria Hojda and Tiberiu Albu.

Aliona has said that her participation in the project The Voice of Romania is a personal ambition of hers and that she has never felt as nervous as she felt on this stage. Nonetheless, the nerves did not affect her and she has consistently delivered perfect performances, swiftly becoming one of the main favourites to win the show. And thanks to her coach Smiley, who gave her a vote of confidence and saved her twice when the public didn’t, the Moldovan songstress is now where she belongs, in the Final of the popular talent show.

We wish her the best of luck next Friday. Congratulations on reaching the final, Aliona! 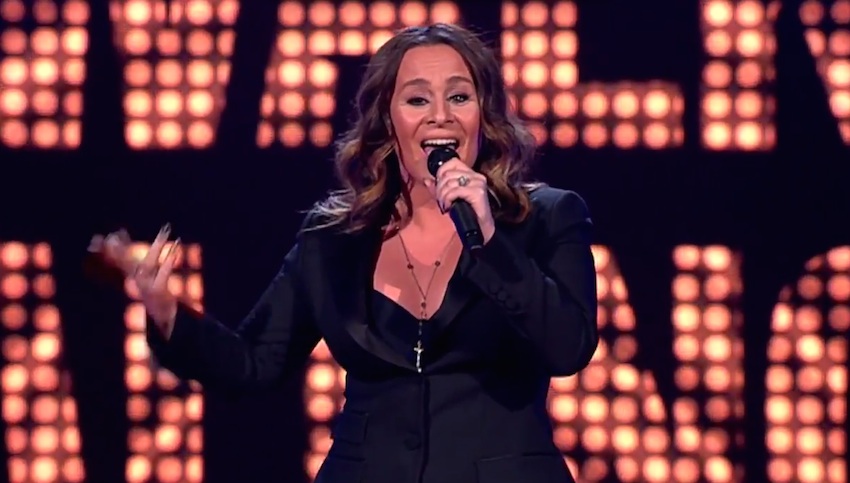 WATCH: Trijntje Oosterhuis sings “Walk Along” live on The Voice of Holland Eurovision 2015 Tickets: Prices and Seating Plan for Semi-finals and Final

She is the best! Good luck, Aliona!

O’G3NE (Lisa, Amy, and Shelley from JESC 2007) have also reached the finals of The Voice of Holland. I think it’s pretty obvious they’re gonna win too, and who knows maybe they’ll be next year’s Dutch representatives. I’d love that.

I hope she wins, she was fantastic in Mälmo! She was my favourite even though I don’t speak a word of Romanian.

Another Eurovision artist on The Voice. There’s Intars Busulis (Latvia 2009) on the Russian Voice. He advanced to the semi-final yesterday 🙂

I wish she will win.

Also, I would love to see her representing Romania in Vienna. Or Moldova again.

She’s shining brightly in Romania, but I don’t have any idea if she will represent Romania at eurovision

Yudhistira, that’s not possible because The Voice is broadcasted by a private telvision (PROTV) and not by the national one (TVR) But ofc anyone can submit a song to our natinal sslection, even the winner, but that doesn’t mean that she/he will win the national selection and represent Romania in Vienna.

You know what? If The Voice Romania determines who’s gonna be the Romanian representative in Eurovision, then Aliona might deserve it. And she’s gonna win!