It’s been almost a week since he clinched Sweden’s sixth Eurovision title in Vienna, and there’s simply no slowing down for Måns Zelmerlöw despite spilling his coffee on a taxi to ITV Studios in London. Oops.

Earlier today Måns made an appearance on the UK TV show This Morning, which was presented by husband and wife duo Eamonn Holmes and Ruth Langsford.

Måns starts off saying he’s had a busy week and that his Eurovision win in Vienna still hasn’t sunk in.

“It’s been so hectic I’m having the time of my life. It hasn’t really settled yet. There are so many doors that have opened and I’m just so grateful and thankful for getting this opportunity.”

As he previously explained to wiwibloggs, he says the stick man is a personal story about bullying, when he was 10 or 11. Måns played the role of the person who helped him and made him stronger.

Having tried to represent Sweden twice in 2007 and 2009 before making it third time lucky this year, Måns also goes on to mention Sweden’s six-week Eurovision selection show Melodifestivalen. He explains how the songs go on to become hit singles in the country. “That’s what Sweden is doing right,” he says. It was an eloquent response to Eamonn’s point about the UK’s Eurovision struggles with their selection process.

His Eurovision winning entry “Heroes” will be on his new album “Perfectly Damaged”, which will be released on 8 June so mark your diaries, y’all! His tour in Stockholm kicks off later tonight. 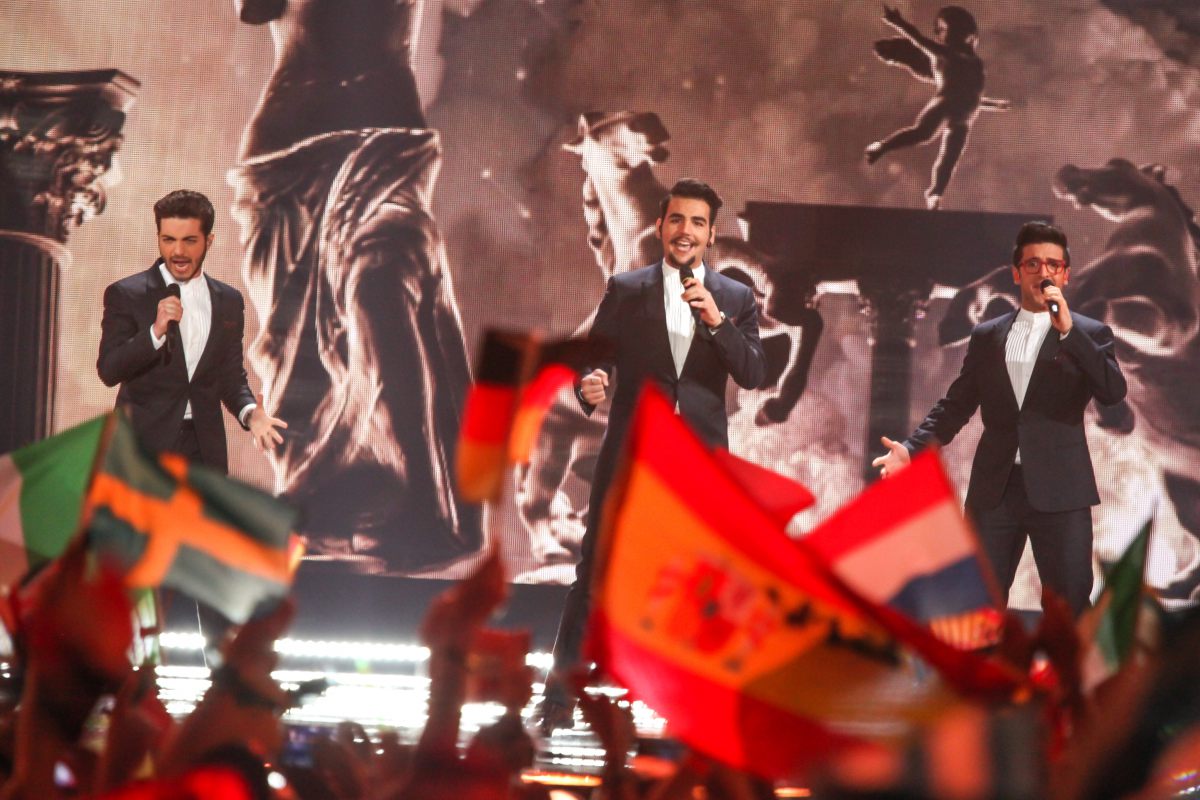 tell that to Loreen who peaked at #3 in UK singles chart without performing on UK TV.

@ct Sweden always sends some of the best songs even if it is mainly calculated manufactured pop that I despise. And the contest was fair because everyone walked into the contest knowing that even if they won the televote , they may not win. Believe me, I absolutely hate the final result as I believe that Latvia was robbed. Besides the criteria was different for the juries. ‘Heroes’ did indeed have the biggest potential to become a hit and is the best performing song of Eurovison 2015 so I was not surprised by the jury at all and in other… Read more »

For heaven’s sakes people a bit of magnanimity please. No place for sore losers in Eurovision.

How are you so sure it’s “fair and square”?

A) Sweden has way too much power over the contest.
B) Based on how the juries have always behaved so far you would expect them to mark down Sweden and mark up Italy and not vice versa. You would certainly not expect them putting Sweden first and placing sixth the only song that could beat them!

@Mitchelvaneijk
Finland only came 10th with televoters in their semi final so I’m pretty sure they wouldn’t have won. Italy was the clear winner of the night but unfortunately, Sweden won fair and square.

Did they ask him about how he feels taking a trophy he did not earn? About the millions of people who voted for Italy and not him? About the song and the graphics they stole from someone else? About his homophobic remarks?

Give back the trophy you fool.

Sweden won, Get over it. Without Jury’s Finland would.

If you can’t handle that your favorite didn’t won, yoh should not watch Eurovision.

Alex.. Well The UK have never been easy to please.. Just like The US.

My word of advice, use Y’all a little less and try out some new phrases. It’s rather irritating

he did not perform on UK TV? wasted promo then!!

the song is dropping fast on uk itunes…

It’s a shame he brought a spare shirt with him, really…I would have been happy watching a topless interview. We’ll all just have to settle for those old ‘riding naked on a wrecking ball’ photos, I suppose. Seriously though, from an outside perspective, it seems like the perception of Eurovision in the UK is way too negative at the moment to make holding a national selection a possibility. The finals held before the internal selections started were pretty cringey anyway (and produced stuff like ‘That Sounds Good To Me’). At least there’s been glimmers of hope when the act/song has… Read more »

Fliponline, we’re a Eurovision fan site with attitude y’all! And thanks for the compliment Fatima! 😉

And the copy accusations.. The song is really a music style which started with Avicii (swedish)and “Wake me up”. He also co-produced “Lovers on the sun”. Not a single note is the same, just the style. The lyrics of Heroes was also written earlier.

Shame on Sweden.. It’s not that EVERYBODY didn’t want Sweden to win. He came third with the televotes, right after Russia. There is really so many other thungs that could have affected the result. An early startnumber and the fact Sweden have won just three years ago could have been some reasons as well. Just because he’s not everyones favourite, like with all winners, then Måns and Sweden will have to take the blame?! He /Sweden played by the same rules as Italy.

Mans is so arrogant. 200 men overcame millions of European and Australian voters #StopJury

Calm down Fliponline, this isn’t the Literary Review. Anthony is a super writer and Y’all is a wiwibloggs trademark. W’all look forward to seeing it.

“Anthony Ko, our Lancashire correspondent…” but uses tacky and cheap phrases like “y’all” – what is this blog becoming??? It’s not Rupaul’s drag Race for crying out loud! Please – have some journalistic integrity and respect for your readers

did someone ask him at that tv show about the copy of the song and the performance or was it a pleasant interview?

Damn he’s so beautiful! Definitely the kind of guy to bring home to meet the parents! 🙂 But yeah, he is right about Melodifestivalen, it is by far the strongest and best national selection, the quality is so high that almost any of the songs can win it ad get a decent placing in the Eurovision final, unlike say, the Irish national selection, where there is usually only one or two songs that are the best of a bad lot, but still weak in general. For 2016, RTE should have an internal selection, it would save money on a sham… Read more »