Christmas has come and gone, and so has our Eurovision advent calendar. But January doesn’t have to be a downer. In fact, it’s going to be a party as we celebrate the new year — and the 24 winners of our various Eurovision polls from December.

On January 3 Belgium kicked off its Eurosong 2016 national selection. And by golly — it’s the same day we closed our poll asking, “Which Eurovision 2016 national selection are you most excited for?” After receiving a total of 2,542 votes, we are pleased to reveal that Melodifestivalen has won in a landslide. SVT’s much-ballyhooed selection show received 566 votes, or more than 22% of all those cast.

Sweden’s six-week national selection, which kicks off on February 6 in Gothenburg, features major star power this year. Ace Wilder, Molly Sanden, and Viktor & Samir are just three of the 28 Melodifestivalen 2016 acts competing for the chance to sing on home soil at Eurovision. And then there’s Krista Siegfrids, one of Finland’s top exports after smoked fish. She will have to take a week off of her UMK hosting duties to make Melfest work — and werk. You can watch our previews of all four semi-finals below.

Estonia’s Eesti Laul, which hopes to recast itself as the Melodifestivalen of the East, finished second with 229 votes, or around 9% of all those cast. This year’s line-up includes two songs composed by Eurovision veterans. Stig Rästa returns as one of two composers for Jüri Pootsmann and his entry “Play”. And 2014 representative Tanja, who hinted to us that she would come back earlier this year, returns as one of the composers for La La Ladies and their entry “Unikaalne”. Check out the full list of participants.

Norway’s Melodi Grand Prix, Italy’s Sanremo Song Festival, and Denmark’s Dansk Melodi Grand Prix round out the Top 5. And while our readers are gagging for those selections, they really aren’t feeling some of the others. The bottom three selections — Lithuania’s “Eurovizijos” dainu konkurso nacionaline atranka, Moldova’s O melodie pentru Europa and Austria’s Wer singt für Österreich? all received 40 votes or fewer.

How did your favourite selection do?

Poll results: Which Eurovision 2016 selection are you most excited for? 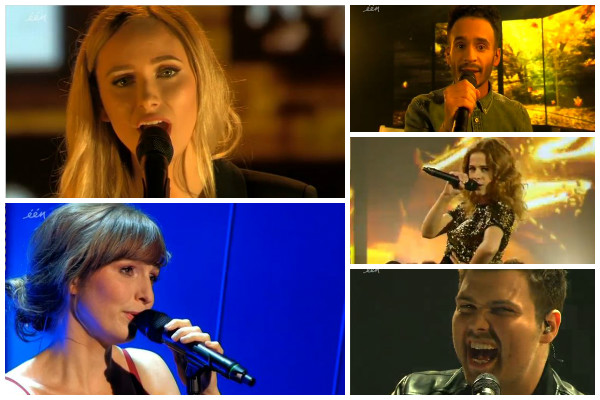 Well, Sweden is the country that (probably!) cares most about Eurovision in general and their music industry is extremely big and good in terms of quality. That’s why they also put that much effort into Melfest, therefore resulting in a spectacular show, almost bigger as ESC itself. That makes (us) fans love it I guess.

Besides Melfest I’m also excited for Hungary, Estonia and Germany.

@Robyn Gallagher Gallagher: The Poll itself no .. but the vibe that comes from all the comments people make around it and during Eurovision which for me have a very strong anti-Sweden connotation … now if such feeling is shared by you, or me, or anybody else, that relies solely on each one of our own counsciouness … but as far as I am concerned that vibe has been very present specially since the 2013 edition and agravated by their win last year … And I am afraid that this year MF winner will be a target for such vibe… Read more »

I definitely look forward to a dal the most! Pioneer is sooo good

I like Melfest, but it just feels like it needs a bit of a re-vamp. I don’t hate Sweden. I said Euphoria is my favourite ESC, and I’m even learning Swedish. That’s why I’m angry that Wiwibloggs hasn’t done an article on Loreen’s new song Under Ytan which was released two weeks ago. Saying that I prefer the musical quality of the revamped Eesti Laul.

I can understand that people like melfest a lot, but perhaps it’s too much attention to that NS, hence the fact Sweden always seems to do rather well on everyone’s poll before the live show.
I’m not hatin’ on Sweden, if given the opportunity I’d definitively go, but perhaps Eurofans should start paying more attention to other NS like the Albanian one this year (pretty strong and good).

also I think UK and Spain have NS this year but they weren’t taken into account, please add those, I’d like to see how do they stack up.

@Mar
Schedules aren’t finalised until about 2 weeks before broadcast. Depending on when it would be, which is probably early March judging by the last few years, we won’t find out until maybe mid-February.

And still the anti-Sweden vibe echoes all over the place … I have given up trying to understand such hatred except maybe for the need for sunshine which only the south can offer …apart from that I can’t stop laughing at the irony of all this bs. People will watch MF and the same people will hate Sweden for whatever reason … Serge Lama was right “on t’aime et on te deteste pour le meme raisons” :S

I understand why Britain didn’t even make the list. We don’t even know what form it’s going to take. Their cards are well and truly close to their chest.
I’m most looking forward to Eesti Laul. Generally I find melodifestivalen enjoyable, but a bit over produced and a little hollow. Saying that, my favourite ever ESC is Euphoria. But I find Eesti Laul has better music on offer and feels more modern and current this year, whilst Melfest feels like they’re going backwards a little bit. I haven’t stopped listening to EL’s songs since they were announced.

I can’t wait for A Dal, San remo, UMK and Spain’s selection. Also very curious about the UK, although it probably won’t be televised if they haven’t announced it by now.

I don’t think Melodifestivalen will ever lose this poll, but I agree for the most part besides Sanremo. I’ve only liked one Italian song (2012) since their return. Sidenote: I wouldn’t really call Estonia (or the rest of the Baltics) eastern. They’re all in northern Europe.