Last year we made a wishlist of eleven dream acts that we’d like to see represent UK in 2015. And what did the BBC give us? Electro Velvet. This year we went back to the drawing board, and came up with a list of ten lesser known acts that we thought could send the United Kingdom rocketing back to its golden days. And with six spots poised to be revealed for the UK national on February 22, let us see who you’d like to see fly the flag for the UK the this year.

After counting 1,046 votes, our most popular pick to represent the UK, with 18% of the vote, was the Scottish folk band Skippinish. And Scottish is an understatement. With accordions, bagpipes and an accent stronger than Scotch whisky, they would certainly give Europe a performance to remember. The United Kingdom hasn’t sent a Scottish singer since 1988 – and with recent independence tensions between Scotland and the rest of the UK, this seems a very interesting choice indeed.

Interestingly, the top three consisted of acts that weren’t from the England – Scottish Skippinish and Chvrches taking first and second place in the poll and Brownwen Lewis from Wales finishing third. Is this an indication that the UK should be reaching out to its Celtic roots in order to secure a respectable finish at Eurovision?

Recently, wiwibloggers William and Deban met up to discuss who the UK needs for a much needed taste of Eurovision success. They debate well-known vs lesser-known, mainstream vs alternative and let’s just say things get heated.

Full results: Who should represent UK at Eurovision 2016

What do you think? Who do you want to see in ‘Eurovision: You Decide’? 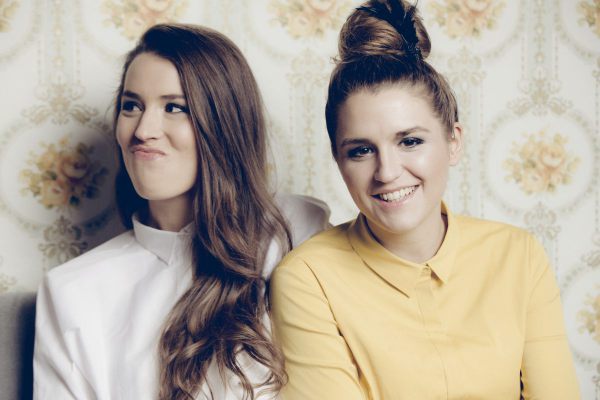 @Archie
All six songs will be played on the Ken Bruce show on Radio 2 on Monday.

@Eugene
But like Guy said: they tried to make Greatest Hits a huge event and that got poor-to-average ratings. I’d imagine that if everything goes well enough this year, maybe they’ll advertise next year’s show more.

On Your Calendar. It Says That The Six Sonds Will Be Released Two At A Time.

It will be interesting to see the ratings for that night; it is up against the big UK soaps!! Perhaps that was planned on purpose? Although there is the record button!! (For the soaps I mean!!) The BBC never likes to follow and always likes to do their own thing. 100% televote still worries me given our history. But hey we have a vote at least……………….I hope it is used wisely. I think it still smacks of trying to hide it rather than making it a huge event. Will the BBC ever get it right? What a useless bunch!! Either… Read more »

seriously people chvrches is a terrible idea…great studio sound. i love them but they are not good at all live and that would crush them.

f*ck I thought CHVRCHES was going to go, you hyped me wiwi! NO BUENO!
CHVRCHES and I’m officially fangirling

@Mad Professor.
exactly. i doubt it will come anywhere near that , maybe a million but not sure even that as its competing with BBC1 Prime time instead of being on it. Will be interesting to see how well it does.

@Eugene
If they were going to advertise it to a wider audience I believe they would have started this week, so it’s unlikely they will. They’re probably targeting Eurovision fans who will have already heard about it to reduce the risk of joke-voting.

@James
It’s unlikely to get 6 million viewers competing with EastEnders and the like.

@Eugene. Of course they can press the buttons on their remote, but they would have to want to do so. Many many BBC1 Saturday night viewers put it on and just watch whatever is on (my family always does) .Choosing to turn over and watch a 90 minute Eurovision show would probably mean you have some interest in doing so other than just to take the mickey out of it. Some may well tune in and not take it seriously. There will be some people who will go over for the fun and curiosity of it, I’m not saying there… Read more »

James :- You seem to think that the BBC1 viewers are incapable of tuning into BBC4, they just have to press the buttons on their remote? It will probably be advertised on all the BBC channels I would have thought? Anyone interested will tune in.

On the voting, it will be a telephone and online voting.

What is with BBC? They already had the proper ingredients with Molly. All they needed to do was build on that through better staging/song presentation. Instead they choose a less serious entry & focused on the more fun aspect through Electro Velvet(but I do commend the level up on staging, though there’s still improvement to be made since the lighting was distracting)

If I were them, I’d go with CHVRCHES. They’re well-known, but not so much that they’d have something to lose if they were to finish at the bottom.

@David Who I hope so too, of course there is no way of knowing, but the show isn’t going to attract audiences of millions like BBC1 would. Even though it will be promoted a few days before, no shows on BBC4 attract a huge audience. I think this is the right choice as it prevents casual viewers making fun of it. The fact your friend laughed to say they won’t watch it, well they might do because you mentioned it, but generally people who laugh at the show won’t watch it – most of them will be completely unaware it… Read more »

Chvrches and The 1975 is really well known.

@James I really hope that you’re right about the viewing public being less regular more Eurovision-favourable on BBC Four. I love the Eurovision Song Contest because I appreciate the music and the diversity. I would like to see the UK take it more seriously and send a strong entry. From a personal perspective as a singer/songwriter, I have asked others like me within the past few weeks if they will watch the Eurovision show on BBC Four next week. Unfortunately, some of them laughed at me. Another two said that BBC Four was an “odd choice” for a channel that… Read more »

@David Who The thing is, the UK public you talk about voting have always been the BBC1 audience on a Saturday night which are just watching the programme because it happens to be on, and follows things such as Strictly Come Dancing/ Dale Winton comedy gameshows etci. It’s all about cheese and sparkles and being “funny” and that bleeds into Eurovision voting. The BBC have never put a national final on BBC4 and the audience will be different (and presumably a lot smaller). General audiences who don’t care will continue to watch BBC1 and only people who enjoy Eurovision will… Read more »

Well I will do it for free if no-one else will! 😀 (No, really I would.) The problem is two-fold: The UK and the BBC are both tied to the Eurovision history that created the stigmas in the first place. Eurovision would have to completely re-brand in order to completely change that (which isn’t going to happen quickly). But also, really famous UK artists have contracts for fulfill with record companies that simply won’t allow the Eurovision circus; not to mention that successful artists don’t want to risk becoming unsuccessful after not doing well at the competiton. That having been… Read more »

Honestly, most UK dream acts are incredibly unlikely. It’s a shame that Eurovision has such a negative stigma over there.
It will probably once again be an unknown artist/group/band, which gives them a 50/50 chances of being good like Molly or bad like Electro Velvet.

They should send MNEK.

He’s performed with Zara Larsson, written for Florence The Machine and other UK artists, has Scandi connects, had a number 1 on the UK charts with “Wrote A Song About You”.
http://www.youtube.com/watch?v=SwKh9aFNHLc
He’s my top number 1 on my “Big Enough To Do ESC But Not Big Enough To Say No, UK Editon” list.

Neon Hitch would actually be amazing. She’s pretty much an unkown, with a one-off-pseudo-hit single who’s actually pretty talented and is in desperate need of a push to release her much delayed album.

Gold is a gem. And Yard Sale is amazing.

In the end, it doesn’t matter unless the public take it seriously for once. Expectation that will happen: 0%.

I think I’ll cry if Birdy isn’t in the selection process.

@Hollandique, I love that song too, and the BBC also have an interest in it, they used it for their Christmas and New Year TV promos, so it wouldn’t be too far fetched given Birdy comes from a background of winning a song contest, and the BBC are already aware and using her song.

Birdy has a good song out at the moment called “Keeping Your Head Up” – that would win in my opinion!

I love CHVRCHES but Lauren the lead singer often doesn’t sing great live, and a great track could just become a mess, I don’t think we would do that great with them. Same with Calvin Harris, obviously if he was paired with a great lead singer , but then he would have no role other than to stand there and pretend to DJ. He did some singing himself, he is OK on studio, but live he is appalling, so again not a good idea. The fact that anyone voted for fish man shows we are still capable of voting for… Read more »

“Scar” by Foxes would be on the top of my wish list. On the Scottish trend, Prides or Twin Atlantic would be amazing. Alas, I fear it is unlikely we will be troubling the left hand side of the board when so little is being made of the final. Maybe one day we’ll see a song in Welsh or Gaelic from the UK. It would certainly get noticed.

Not to be a Negative Nancy but why do you have a pic of The Saturdays when they aren’t on the list or mentioned on the article? Eek!

I doubt Chvrches will be on the list of participants. It’ll be nice if there are some big names (but definitely NOT Katie Price please) but at the end of the day, the song matters most.

I don’t have huge amounts of hope for the BBC but this year, it’s a step in the right direction. I haven’t voted in a National Final before for my own country, and I hope there is a singer and song which is good enough for me to at least bother voting.

Lol, I wish they were sending Chvrches but I highly doubt it…

They are going to announce the songs just 5 days before the final and then 100% televote. All this does not convince me the BBC took it seriously this year.

UK will do well with Chvrches. Fingers crossed they will win national final