Talk about doing a 180. In the moments after Israel selected Hovi Star and the song “Made of Stars” to sing at Eurovision 2016, a number of Eurofans were feeling meh. That included many of us on wiwibloggs. But thankfully the Israeli delegation, and composer Doron Medalie, keep their ears to the ground and decided to re-master their track. Judging from the comments on Twitter and on our YouTube channel, they made the right decision. Former haters are now saying yay yay yay and many are saying “straight to the final!”

Here’s one take on the new version…

Hovi Star – Made of Stars- i’m happy w/the revamp, it made it sound more cohesive & flows better than before. #eurovision #MadeOfStars

So glad two others feel the same I do for this song now! Come on Hovi!!https://t.co/A9EPMdYPEO @wiwibloggs @willyleeadams

And now some fans are hungry to hear from Hovi himself…

But what do YOU think? Is the new version better than the last? You can listen to both versions below (and watch our initial reactions). Then vote in our poll! Is Hovi headed straight to the final? Let us know in the comments box at the end of this post.

The original and our reaction

The revamp and our reaction

Poll: Which version of “Made of Stars” is better? 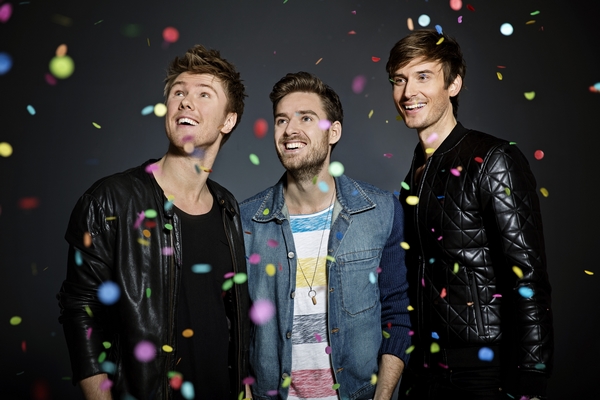 Of course the revamped version. In my top 10 actually 😀

The new version is much better than the original. I didn’t like it at first but it’s getting better each time I listen to it.

We got a Golden Boy last year, now we are Silver Fragments, so following the ancient Greek mythology the Golden age tops the Silver one, being that one quite a good period though… So, yeah, I adore Made of Stars (and still being a fan of Nadav’s entry). I get your point, Maya G, yours are always intelligent and wise words. I dunno, it’s a strange mix of a “Glee-Adam-Lambert-Conchita-message-we-are-all-one-thing” that I feel hearing and watching this, and it touches me, that’s why I think it should win. I see real emotions in there, in the song, the voice and… Read more »

Obviously the revamp conveys the meaning of the song more effectively, and it suits Hovi’s voice better. Also, i agree with the decision to cut out all that hypnotising from the lyrics. It’s a better song now, I think. 🙂

Thank you for your support, Iberian! I don’t share you’re enthusiasm though. I do think the revamp has done wonders for the song (the original version was dreadful IMO) and Hovi is undeniably a very competent singer, guess it’s just not my cup of tea. I can get why people have an emotional reaction to it but I can’t seem to feel it myself. I don’t think “Made of Stars” could match the success “Golden Boy” had in Israel last year, because it’s not a big summer hit like GB but rather minimalistic and low key, however I’ve heard it… Read more »

The revamp version is just phenomenal

I actually prefer Nofar’s version better than these two–more unique, special and interesting…not sure this version will stand out much. Not in my top 20 as it stands now. 🙂

@Mar: Less hyperactivity and less listening to Gym-pumping-uptempo music will help you cool down and allow ears to actually listen to the song and not fall asleep unless of course you are colourblind to real emotions and going slow does not work for you.

I really like the really nice song of Israel.
Its in my top10.I hope that Hovi will qualify to the Final at least.

Amazing song, powerful voice, fantastic looks and a wonderful video, it gives me goosebumps. I love all about this entry (and it makes me sad to think that people will prefer things like Russia over this, but the sooner I deal with it, the better).

If there is justice (and if people appreciate talent), this will easily pass to the final and it should win. I’ve become a huge fan of this entry. (Maya G and everyone else out there in Israel, are you as excited as us?).

Not impressed by either. The song either has a weird tempo or he sings off beat.

The original was pretty bad but the revamp just makes me fall asleep, it feels 5 minutes long.

Took me ages to listen to the remake cos I was so unenthusiastic about the original. Gone from bottom 3 to mid-table for me. Hugely improved, but still not a winner.

@William Lee Adams Included my comment in the review !!!
Celebrity status-check
P.S
the revamp did wonders on this one, in my top 15 now.

Unlike Albania, Israel made an improvement with revamp. Still not one of my favorite songs, but I can appreciate it more.

OBVIOUSLY the new one … It was necessary that a lukewarm almost cold freezing reaction towards the initial version to make the composer wake up and put some soul and effort into was a completely slice of pizza with no cheese or peperoni or a slice of cake with no sugar … An issue affecting many of this year’s Eurovision: no soul, no authenticity, no depth … it all fells like nobody even bothered to care. At least Israel redeemed itself by putting musical effort into the song. This one NOW I can feel it and believe in it. Thank… Read more »

This one is better, but it still lacks impact. Hopefully he’ll pull it off live.

this is how you do a beautiful ballad! Israel has to make the final with this masterpiece

I really like the revamp! now it?s sound beautiful : )

The original, now is just a boooring song

When they released the revamped version I really didn’t think it was very good – too slow for me. Having listened to it a few more times, it has grown on me, but still could only make a mid-table ranking in my opinion

I prefer the new version. Especially the clip with the beautiful pictures of Tel Aviv.

I don’t like how the “Don’t be afraid no more” (or something) sounds in the new version. But the rest is an improvement