While the stars of 2016 have been busy performing on the preview party circuit, one name has been missing from the shows: Gabriela Guncikova of the Czech Republic. But she has a good excuse: she’s been busy performing in Germany on the Rock Meets Classical show, joining legends of rock to perform their classic hits with an orchestral accompaniment. And she’s been rocking the house.

For most of this month, Gabriela has been busy on the 16-date German tour, sharing the stage with such big names in classic rock as Joey Tempest (lead singer of the band Europe), Steve Walsh (founding member of the band Kansas) and the German queen of metal herself, Doro Pesch!

To enthusiastic audiences of nostalgic rock fans, Gabriela had the opportunity to interpret the classic rock song “Here I Go Again” originally sung by Whitesnake. Needless to say, Gabriela rocked the song and brought the house down with her powerful and skilful voice. The public was going nuts for her!

Now that the tour is over, Gabriela will have the time to focus more on her Eurovision journey. She has just been announced as a special guest at the Malta Eurovision Party on the 23 of April — the perfect occasion to showcase her vocal abilities and convince the fans with her performance before she heads to Stockholm. Gabriela’s first task after returning home from the tour was to work with her styling team to decide on the look she’ll take to Stockholm.

Gone is the black-clad rock chick from the Rock Meets Classical tour. When Gabriela sings “I Stand”, she’ll have a natural makeup look and a loose up-do hairstyle. “We chose makeup so that it would be as pure as possible. We want to keep it in natural beauty,” Gabriela said.

Gabriela’s dress will be designed by Czech fashion designer Pavel Ivancic. Wearing a basic white dressmaker’s model of her dress, her dress design was revealed to have a peplum waist and a long, full, finely pleated skirt. There’s still potential for the final version to be changed, but it looks like Gabriela will be bringing classical elegance to the Globe Arena stage. 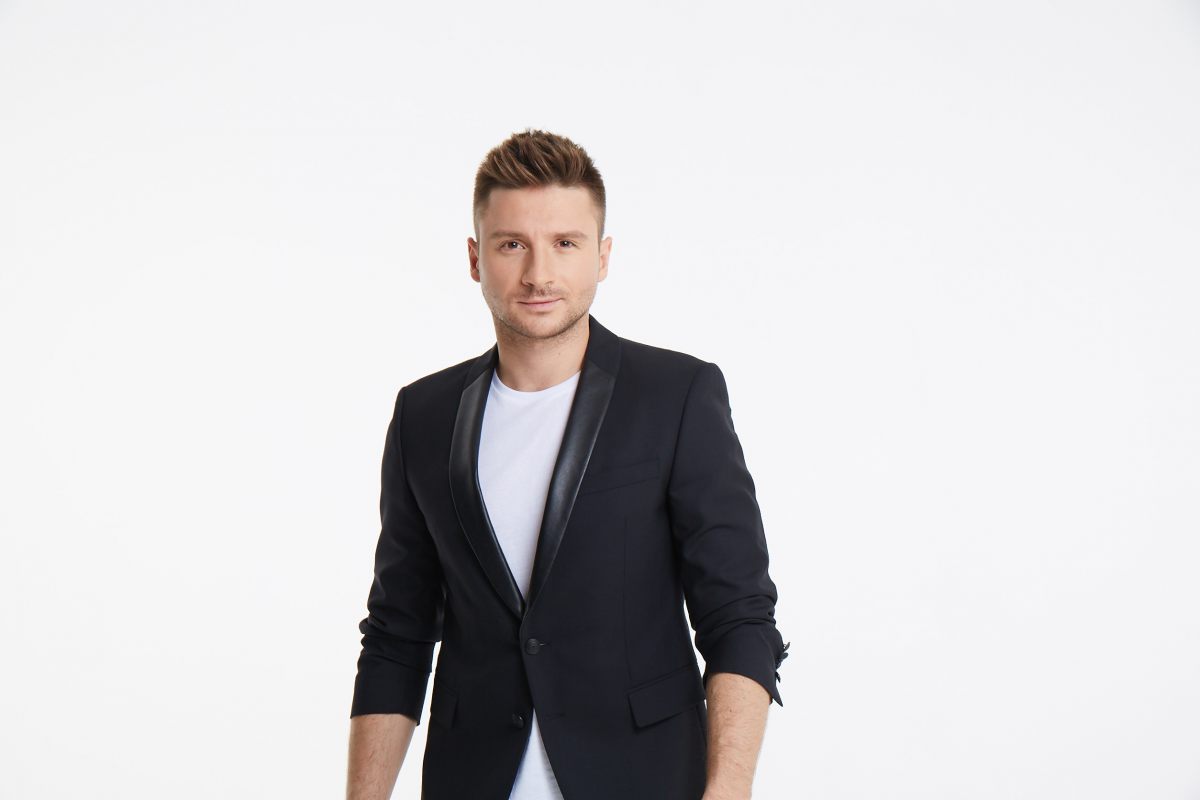 Wiwi Jury: Russia’s Sergey Lazarev with “You Are The Only One” I actually don’t like the dress, would have preferred something more slimline and sleek.

But yes OMG I need to see this live!

I don’t get how she has never performed her song in Czech TV!!!!

Hopefully she will have live performance tomorrow on Malta TV show. Well she is announced as guest there so hopefully will be singing there as well. I hope in TV performance because I am very curious but at the same time I am bit affraid of sound production quality..

I just can’t wait to listen to the first live performance of ”I Stand”! I have high expectations for Gabriela and I hope she won’t dissapoint me!

@-_-_-
Maybe next year.. But for this year is correct only the Czech Republic because Czechia has not been confirmed and added to OSN database so far.. This process takes some time.. So Czechia is not official and correct name at this moment…

The ugly and identity-less name of Czech Republic is the formal and political term.

this Saturday in Malta Eurovision Party, you’ll probably hear her singing I Stand 🙂

I hope we don’t hear her until the actual competition so it’ll be a surprise. Belgium didn’t do any promotional gigs last year and he came 4th :). I think Czech and Gernmany are going to blow us away in May!!

She is gorgeous. I would really love to hear her play ‘I Stand’ in public for the first time. The only song in my Top 10 I have no concrete idea of how it sounds like live.

Czech Republic will remain as official name of country!!! Czechia is suggested to be an additional option how can be the country officially called.. And the most importat think that this addition is still under debate. So maybe next year.. But the name will not be changed… !!!

DO NOT CLAIM WHAT IS NOT TRUE!!!

the country is called CZECHIA, by the way

Everything about her is likable! can’t wait to listen to her live singing ‘I Stand’ it will be incredible!

yeah Gabriela is really a powerful singer, and i adore her stunning voice

love her control in her voice

and this Saturday she’ll be at Malta Eurovision Party, along with Sanja Vucic, Hovi Star and Samra Rahimli, also she and the other invited acts will meet Ira as well, maybe sharing their music and hopefully becoming friends 🙂

Everything depends on light/led screen effects. It should be done in way that it will strenghten the emotional moments.. I hope she will slay with her vocals…

Good that she’s keeping it classy

It is my favourite song this year. One of the very few emotional songs in ESC this year.

She needs to be in the final. I will vote for her

One of my favorite entries this year. I just can’t believe that song like “You’re the only one” is better rated than this masterpiece or Croatia’s “Lighthouse”.
Gabriela is a fantastic singer, the video is stunning and the song is just beautiful. In my top 5!

The dress is sooo beautiful <3