The spoken word introduction starts in darkness with Iveta giving us all the life we need to survive. Channeling Moulin Rouge, she sports a sexy bodysuit, fishnet stockings and flowing hair. During the sonic boom, Iveta is illuminated in red while the LED’s on the stage go crazy. It really has to be seen to be believed. Intense is the best word to describe this.

And just when you think the performance can’t improve any more, during the instrumental section in the middle, holograms are layered over Iveta to give the illusion of multiple Iveta’s. The only thing better than one Iveta is five or six! It’s giving us Beyoncé at the Super Bowl half time show realness.

And then it improves even more! During the third rehearsal, producers added pyrotechnics. The sonic boom section is elevated even further with flames and fireworks. It truly is a masterpiece and it will catapult Armenia up the scoreboard no doubt.

Armenia's @iveta.mukuchyan is looking fierce after her press conference! Can we have a winner here? #Eurovision #cometogether 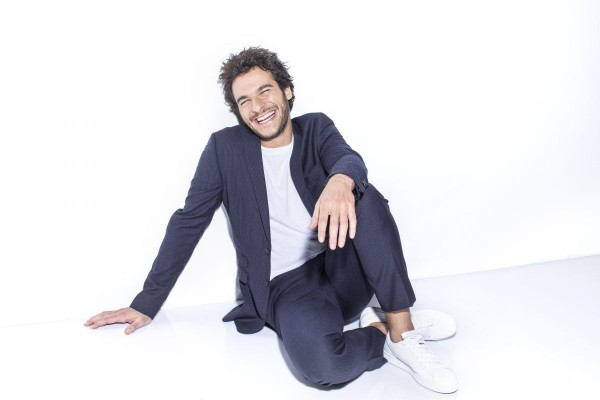 Is it just me, or did Iveta look like the woman from the Montenegro video (“The Real Thing”), except with longer legs? 😀
This was a lot better than I expected, and I’m looking forward to experiencing the full sound and meaning of the song when it all gets put together for the Semi Final. x

Love her, love her look and her outfit ….. the song is just bad tho, she just screams for 3 minutes

Vocally on point! Looks very promissing, a dark horse for sure!

I reckon she could win it

It’s just ridiculous seeing that most people prefer cheap songs, like France or Russia to some masterpieces, like Armenia or Croatia!

I’ve already watched the rehearsal and it’s not showing so much.
I just dislike this song, has no melody, is very pretentious and there’s a lot screaming. Iveta is not singing, she’s just screaming and it’s not pleasant to listen to.

I’ll believe it when I see it. In wiwibloggs are very impressionable

As always a lot of smoke and mirrors for armenia

I like the song but I’m afraid that the staging will be very distracting, I hope not

Some are underrating so much this song. It’s definitely one of the best and i think it’ll be a dark horse. Mark my words…

some pretty original ideas there… hopefully it will pay off. 😀

As much as I love Nina, these pics scream WINNER! Yerevan 2017 would be pretty nice.

I’m living for Iveta! Yerevan 2017, I think so! Definite top 5 in final (though ranked at my número uno). This is Armenia’s best act since Qele, Qele. Iva the diva is my winner!
#RideTheLoveWave

The winner of semi-final!!
I was afraid of her appearance but now without a doubt she will slay

Also she is very hot as always…

She is extremely hot!

That aside, the staging is rather…hollow. And it’s like Armenia 2014 (alone, pyros, lights).

Ah, it could have been a bang! Missed opportunity.

Will do well in the final but not a winner, this song is too dark and difficult, especially after hearing this for the first time (wich most people do at the big night)

nice act, and LoveWave seems like a song from Britney Spears lol

OMG can not wait : O

One of my favourites this year.