It’s been some time since Ann Sophie took the stage at Eurovision 2015 with her song “Black Smoke”, finishing dead last with nul points. After the contest she revealed that Germany’s NDR had given her the cold shoulder. And later she had to cancel a provisionally planned tour.

But the 25-year-old singer keeps doing her thing, playing smaller gigs in German clubs and staying in close contact with her fans. Recently good news arrived as the singer — full name Ann-Sophie Dürmeyer — revealed that she’d been invited to perform at the Rockwood Music Hall in New York sometime this fall.

Recently Ann Sophie featured in the cast of “Tussipark”, a “karaoke comedy” that played at Comödie Dresden this spring, and which will have another run this October. Billed as “Sex And The City meets The Hangover“, the play sees Ann-Sophie take on the part of “Wanda” — a woman left jilted at the wedding alter who has taken refuge in a shopping centre parking lot.

Fortunately she meets three other women — a stressed housewife, a newly laid-off officer worker and a karaoke fan — and they find solace as they discuss their men and their aspirations.

The play received largely positive reviews, with critics writing that it made a case for not taking everything in life so seriously. Ann Sophie made a great impression, winning praise for her character’s mix of comedy and desperation. She may have received nul points at Eurovision, but, as one reviewer said, “never can she be blamed for a bad performance at the theatre!” 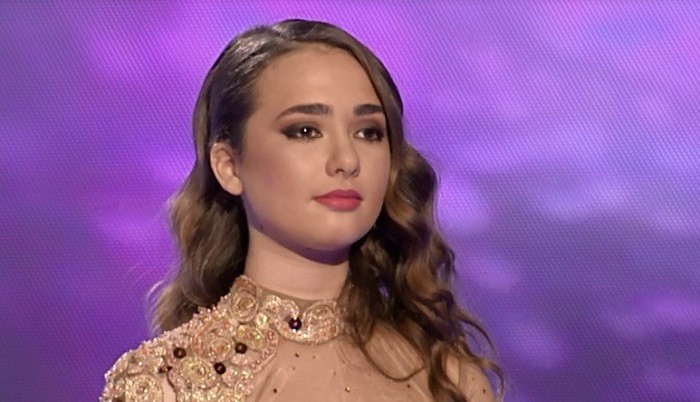 Wiwibloggs, why are emojis displayed as question marks here?

When your emojis turn to ?s Dx

YASSS Ann Sophie is back ??