Moi Suomi! On November 23 YLE — the national broadcaster for Finland — announced the ten artists and songs that will compete to represent the Nordic nation at Eurovision 2017 in Kyiv. Their national final Uuden Musiikin Kilpailu (or simply “UMK” to us non-Finnish folk) will take place on January 28. And it will feature some major changes. Producers have cut the semi-finals and will pick the winner through a 50-50 televote-international jury split. After two years of non-qualification at Eurovision, Finland is hungry for a spot in the final…

To help those viewers and international jurors make their decision, we thought we’d ask all of you guys who your early favourite is to win UMK 2017. We say early favourite beause the official video clips will not be released until the end of December. You can listen to the studio versions of the ten songs below and can then vote in our poll. As always, you can vote for as many songs as you’d like, but you can only cast your votes ONE time. Be sure to click the box next to each act you want to support before pressing submit. 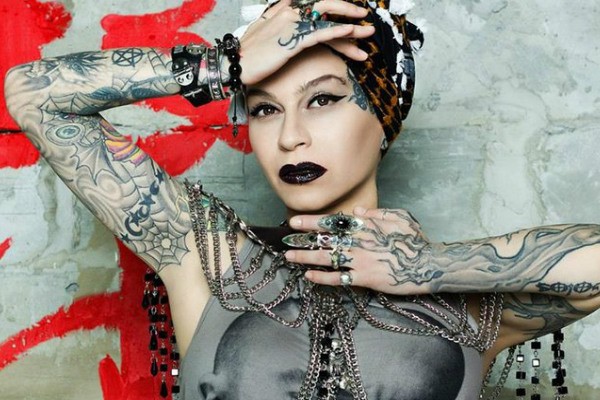 My INITIAL thoughts on the songs (And I know I have changed my mind repeatedly through various contests): 1. Love Yourself – It’s really funny and I cannot express how much would I love to see Gunther in ESC. It’s so obscene, but in a cheesy, almost childish way. Classic Gunther. 🙂 2. Blackbird – It’s a really calm and lovely song. Some might find it boring, but I don’t. It’s touching and melancholic. 3. Circle of Light – Undoubtedly a great song, it has the ‘ESC winner’ vibe maybe most of all. I am growing on the idea of… Read more »

What is all of this hype over Blackbird? It’s so boring! My favourite is Circle of Light, although I love a good few from this group.

My favorites are Lauri, Norma, and Emma (in that order). Those three songs could do well at Eurovision. I really like Lauri’s song. He is my number one and I would like to see him win but I will be happy with Norma John and Emma as well. I gotta say…JESC 2016 as a whole had a better selection of songs than this. I know Finland is kind of an open game (which can be in their favor…if they have an amazing song) but…some of these songs should have never made it this close to being selected to Eurovision. I… Read more »

Emma is popular in Finland or what? i can not understand what all found in this song? It’s so boring !!!! Just kill brain, this will good for torture. I do not think she have chance to pass in final. This is song contest not contest of popularity

Anything but Love Yourself and My Little World.

NONE of them. Embarassing, really…

Circle of light would probably benefit from a Finnish verse or something. Strong song. My fave is still Lauri though, the language stands out and the music grabs your attention.

Anni Saikku I think.
Emma is not bad, either. Not a strong selection though!

Lauri for me. The beat the elements of different instruments throughout the song is amazing. The Finnish language sounds amazing in this song too. Th only one out the ten that doesnt make me zone away and think of something non – eurovision related. Emma and Norma are boring and would disapear at Eurovision

I voted for: Norma John — “Blackbird”, My First Band — “Paradise”, Anni Saikku — “Reach Out For The Sun” and Zühlke — “Perfect Villain”

I listened to the rest of the songs – is the Finnish selection committee all on drugs?

Wow after circle of light I stopped listening. Need to digest. Such a Eurovision candy right? Gotta love this, exciting song for us ESC fans.

Circle of Light would be a great safe bet for Finland. But this is Finland? When have they ever chose right in a NF? Haha! 😉 I hope it will be between the safest option of ‘Circle of Light’ or the more risky and avant-garde ‘Blackbird’ which is just an absolutely gorgeously haunting melody! Hopefully either Emma or Norma John will win. I can see either of them at the Grand Final! Overall however I have to say that I am a little disappointed by these songs! Apart from the two that I’ve listed, none set the soul alight and… Read more »

Funny to see how some Eurovision fans are so dedicated to expressing their opinions. But whatever sweetens your tea, even if it is creating a new ***UPDATED*** favourites list every single day.

Helppo Elämä will probably win. It will get a big jury vote and just enough public vote to edge out the public favorite. A repeat of last year and it will most likely have the same results at Eurovision.

Nr 1 Perfect Villain is the best song with Iveta Mukuchyan’s (ARM16) attitude. This style and genre is seldom seen and heard in Finland.

I LOOOOOOVE these sooongs!! I’m really surprised with this NF. Voted for “Love yourself”, the best of all, but I would be happy with any of them, except “Paradise” and “My little world”, that are a bit weak.

Is only me that Blackbird reminds me of “A monster like me” ?

Blackbird and circle of light!

When are you going to make a reaction video to these songs, Wiwi? 🙂
My preference is for “Circle of Light” 😀

Terrible selection of left-overs from the early naughties or even before.

I personally just like “Circle of Light” and “Perfect Villain”. Could see that last one elevating a lot when it’s performed live!

Blackbird have only chance to go to final Eurovision

I’m from Finland and I was so excited to hear the songs, but it was a let down for me, our NF is VERY weak… The only good song for me is Circle of Light. It’s really growing on me, and I hope that we can (for once) choose right!! Tbh I find Blackbird overrated, I don’t really like it.

@ mocosuburbian – because it’s an overrated snoozefest?

Poor selection overall sadly. I voted for Helppo Elama since it sounded interesting and it gets some bonus points for being in Finnish. I don’t get the hype with Circle of Light, it is just average in my opinion.

Emma is the only one who could qualify

Not good songs this year after 3 years with good song in final and semifinal.

Okay so I’ve been listening nonstop to these and Arrows grew on me a lot
the five that should represent finland: lauri, norma john, emma, alva, my first band like damn all of them would be so respectable and fresh and cool wow

My First Band has a catchy, radio-friendly song. It’s upbeat and cheering.
The singer has a great voice and they’ve experiences all over the Europe.
Finland choose wise.

My favorite is Anni Saikku with Reach Out For The Sun. I also like Helppo Elämä, Paradise and Perfect Villain

Alva and Emma are the best for me.
Of course it’s all about the live performance though.

EMMA! 🙂 She is only winner only chance to qualify even.

I voted for Anni Saiku and ”Reach our for the sun”. Ok, nothing special, but it has the potential to be at the final (nice melody, nice voice, positive song, and potential for good staging). To be honest however something in my mind says that at last Club La Perse will be in Kiev..

LAURI YRJÖLÄ because at 0:22 he says “sexy size”

I vote for Lauri Yrjola – Helppo Elama, I like Blackbird too.

Defintely Norma John. If not “Blackbird” then Emma or Lauri Yjola.
But Finland please – not Gunther, Club La Perse, “Caveman” or My First Band. That would be even worse than PKN

I actually don’t know which of the ten I like the most. None of them pops out too much.

I’d be fine with Blackbird, Circle of Light or Helppo Elämä. I rather the first two, tough.

Circle of Light is the only one I truly like. It has so much potential: strong beat, catchy, and easy to attach to a memorable performance. Other choices – and by other choices I mean Blackbored – are not accepted.