They’re one of Sweden’s biggest boybands and have drawn comparisons with One Direction.

And now FO&O — the band formerly known as The Fooo Conspiracy — are aiming for a Melodifestivalen victory inside Friends Arena.

The three-piece group — Felix Sandman, 18, Oscar Enestad, 20, and Omar Rudberg 18 — started back in 2013 as The Fooo (Felix, Oscar, Omar, Oscar) but changed their names in 2014 to The Fooo Conspiracy. “We wanted to add the fans into our name that’s why we came up with Conspiracy,” Felix says.

In October 2016 the fourth member Oscar Molander decided to leave the boyband, but the Fooo rolled on minus an O.

Felix explains: “We lost one member and we wanted a fresh start and we couldn’t have that last ‘o’ anymore and we wanted the band name to still be our names so we had to come up with a new name.”

“We couldn’t have The Foo Conspiracy because of the Foo Fighters who had a fan club that were suing us. Then we just went with FO&O — it’s easier to say, the fans are still with us, it’s an easy clean start.”

FO&O went to the final through Andra Chansen (AC), where they decided to ditch their elevator to the sky.

“We felt that on the TV it looked like a cool show but in reality we got too far away from the audience and we wanted to be more close up so that’s why we got rid of the elevator. On AC it was so much better to not use the elevator, we had more pyro instead and we had more energy in the camera,” Oscar says.

Instead they will add something else for the final: back flips. Oscar tells us that he has had some accidents in the past. “I’m scared for life of that experience and that was mainly the thing that made me take it easier, before that I had no fear. Now I am throwing Felix, I’m a really good thrower.”

Today wiwiblogger @tee.swe met these lovely guys @felixsandman @oscarenestad and @omarrudberg from the Swedish boyband FO&O @foandomusic Watch the interview later today on our website and find out what these guys are telling us about the changes for the final, how it was to perform on @justinbieber concert in Stockholm and find out who is the best dancer of these three! #sweden #stockholm #kiev #fooers #melodifestivalen #melfest2017 #esc #eurovisionsongcontest #eurovision #foandmusic

In FO&O’s performance they all show us some great dance moves. But wiwibloggs asked them who is the best dancer of the three of them?

Both Oscar and Omar look at Felix.

“I think it’s Felix. He is the best street dancer — I am the best ballet dancer,” Oscar says. What about Omar? He does Reggaeton.

Who takes the longest time to get ready in the morning? They all point at Omar.

“I need to look pretty for the camera,” he jokes. “I even made my hair a bit blue for the final because we have kind of blue clothes”.

What about after Melfest? “We have a bunch of plans. We have a new album coming out and a new single before that. It will hopefully be released in late April but things can change as always but hopefully late April. We have also gotten in to songwriting a lot so we written [much] of the album by ourselves. Other than that we will keep spreading our music. Thats’s why we are competing in Melodifestivalen. We might go on a tour and play some gigs as well,” Felix says.

What do you think about FO&O? Should they represent Sweden? Let us know below. 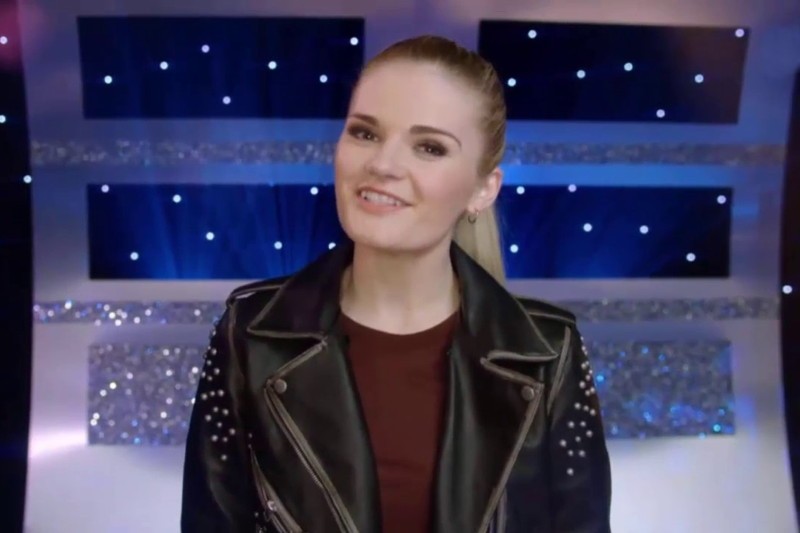 @MoonLight: Thank you very much. 🙂

Reaching final is already a huge success for them so no matter what place they take in the final they can be more than satisfied.

Their song is very catch and teenagers around Europe would vote for them and put them in the Eurovision final. They need just a miracle to win in Stockholm tonight. Not happening.

@”Moon Light” – Don’t worry. Sergiu was referring to a previous profile name on Wiwibloggs from years ago. “Mario Gay Love” was an actual profile name, not a directed insult. I hope that makes sense?
Also, if you have anything to ask me, you can ask any time. (I might answer, or not. Freedom of choice. 🙂 )

I love them ! Their song is so catchy and likable. Hope they manage to get to top 5.

I don’t agree with Mario Gay Love, those young men are likable.

LOL, such a harsh first critical opinion. I thought that was my job. 😀
I like that I learned a lot about them in this interview. They’re much younger than I had first expected, so they have a long way to go with their careers. Interesting that two of them grew up together since the age of 4, and have an obvious on-screen connection. Unfortunately this has the effect of making it look like the third boy is a bit of an outsider.
Anyhow, best of luck with everything.