They’re a Latvian band known for their anything-goes attitude and punk styling. And on Monday Latvia’s Triana Park channeled all their edge and grit into their first rehearsal at Eurovision 2017.

Chaneling an off-duty skateboard queen, lead singer Agnese wore knee-high golden boots and a corset that helped define her already stunning silhouette. Not one to shy away from crazy, she wore a curly wig that moved from black root to red tip. She looked like a high-end fashion model walking in a circus-themed fashion show.

The LED features the bold and beautiful splatter paint from the national selection, but in a higher definition of fabulous, and at times displays dark grey waves that could be mistaken for smoke. The group holds motion capture sticks, so their movements are projected onto the LEDs at various points. You’ll see the drummer’s sticks and Agnese’s funky moves writ large in psychedelic colours.

The overall package is against the grain and alternative, but the staging is somehow universal. They’re a group of misfits you want to hang with while dancing to their song, which has become a real ear worm. Going into the voting interval, this one is hard to forget.

Read all of our Latvia Eurovision news here 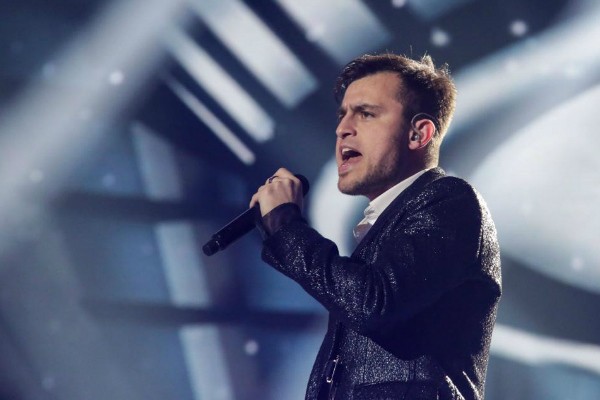 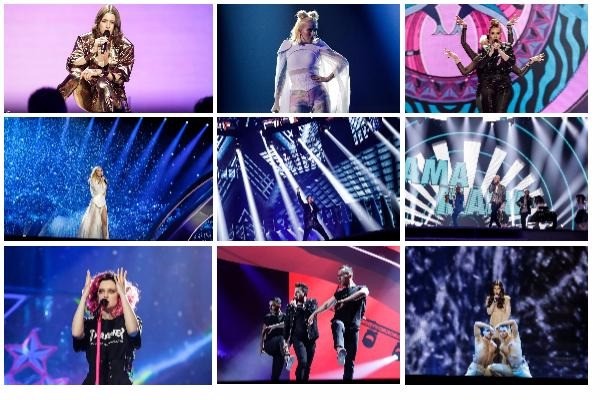 I just want to join the band. They are cool, edgy and they have authentic music style.

I don’t think there is anyone taking over their originality in semi 1. It may be the best kept wild horse for semi 1.

Worked in Supernova so why not keep it the same?
I don’t mind the song but I don’t love it. They do present it as well as they can, though!

Okay, so this is exactly what I expected. Well done Triana Park. 🙂

They mostly kept it as in Supernova!

This is every way as psychedelic, neon and urban as I had hoped. They’re my favorites of the day.

Omg what is this new weave, Agnese looks like a different – and still stunning – person! I loved their Supernova performance, so I’m glad they’re keeping the same concept.

Semi-Final 1 Wildcards: Who will qualify and who will fail?
This video addresses that question:
http://www.youtube.com/watch?v=DDWGaf_I8Cc

she looks amazing with that hair.