In recent weeks Balkan celebrities and everyday women have rallied behind her as she fights for custody of her young son.

And on Thursday Croatia’s Eurovision 2006 star Severina gave her well-wishers even more to cheer about with the release of her latest single “Kuda za Vikend” (Where for the Weekend).

As the fun-loving title suggests, Severina focuses on fun with this club banger, which harks back to her singles like “Sekunde” with its ethnic flair and thrusting energy. But on this track the heavy electro-beat intensifies throughout the song, leading to a particularly catchy chorus where Severina asks an all-important question for all you hot things: Where for the weekend?

Severina answers her own question by prancing along the sandy beaches of Los Angeles, dancing on the sidewalk and showing police and construction workers her fiercest moves — sometimes in a two-piece, sometimes in an electro blue wig, always looking fabulous.

The video is unique in that it is filmed entirely by hand with a mobile phone, which allows for some candid and endearing moments as she struts her stuff and enjoys the company of various people in the city — including a workman who asks if she’s speaking German. Ah, America.

The song was written by Milos Roganovic and Filip Miletic, who wrote several of Severina’s hits including “Uno Momento” ,“Sekunde” and “Kao”.

The single will feature on her upcoming album, set to drop in September.

As her career has moved from strength to strength, Eurovision fans have repeatedly called on her to sing at Eurovision. Now that Croatia has managed to make the Eurovision final for two consecutive years, it’s more conceivable that Severina might consider giving the contest a go. We’d all be served well if she did!

What do you think of Severina’s “Kuda za Vikend”? Let us know in the comment section down below! 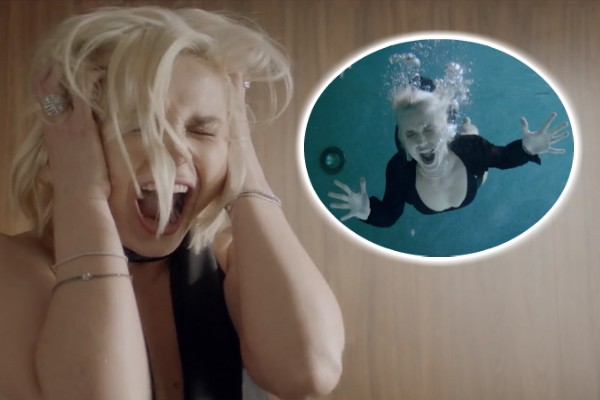