Ten acts sang their hearts out on tonight’s national selection show, but in the end Belarus has decided that Helena Meraai will fly its flag at Junior Eurovision 2017 with the song “Ya Samaya” (I am The Most). Next stop, Tbilisi!

She follows in the footsteps of last year’s winner Alexander Minyonok, who opened Friday night’s televised final with his Junior Eurovision entry “Muzyka moikh pobed” (Music is my only way).

For the second year in a row, former Eurovision 2014 representative Teo got himself suited up and co-hosted with his wife Olga Ryzhykova.

The winner was decided by a 50/50 combination of televoting and juries consisting of music professionals. And they both agreed on Helena, putting her ahead of runner-up Maria Zihilina and bronze medalist Yaroslav Sokolikov.

Was Helena Meraai your favourite? Did Belarus make the right decision? Let us know in the comments section below! 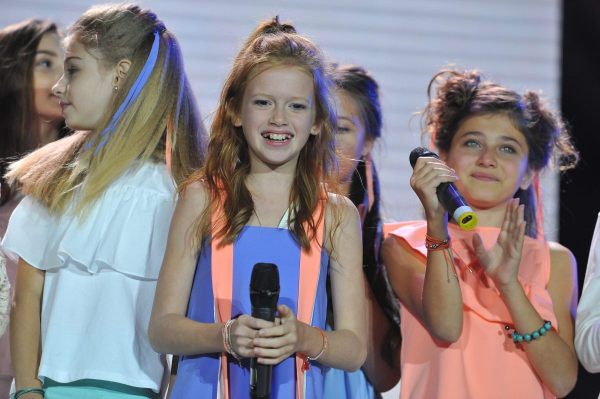 Great! Sounds really good. It’s interesting how some countries tend to send better songs to the Junior Contest than to the Eurovision Song Contest itself. Belarus is one of the best examples!

Very impressive, especially because She performed first and won with such a landslide. I loved This entry from the start and I already believe that This Will be between My Favorites.

Love this song and her voice is absolutely amazing.

Amazing. All songs selected so far are really really good.

Amazing entry! The best one for now. Russia is quite forgetting and Ukraine is cute, but not super special.

Very strong year so fad indeed. It doesn’t happen often in Belarus that my favourite wins.

Great performance. Good luck to her.

Pity, my country’s not participating again. :/

Which country are you from? 😮

I’m from Azerbaijan. I guess we’ve participated in JESC before, but now we don’t. As Georgia is our neighbour country, I expected us to return this year. Pity

Remember that time where someone called Ukraine “Ucrap”? 😮

With the 3 songs chosen up until now I actually think this might be quite a strong year…. Of course, by saying this now I just know one(or more) country will send a horrible entry to prove me wrong, probably my own country.

I’m just being realistic here. We all know at least one entry will be bad, and my countries JESC songs are horrible.

But this is supposed to be a strong year, now that JESC finally brought back public voting. Which country are you from, anyway?

This seems better produced than their Adult ESC NF

She got more votes than all other contestants combined I guess

I didn’t do the whole math, just by looking it seems her song got more than 50% of all the telefone votes!