For months his fans have waited for news about his pending heart transplant, sending their best wishes to the Eurovision 2017 winner.

And today their prayers were finally answered with the very good news that Salvador Sobral received his new heart during a procedure on Friday.

According to TVI, “the intervention went well and Salvador Sobral is now hospitalised in the intensive care unit.”

“The 27-year-old artist suffers from advanced heart failure and has been waiting for a compatible donor for several months.”

During a press conference, held at 18:00 at the Centro Hospitalar de Lisboa Ocidental (West Lisbon Hospital Centre), one of the doctors praised Salvador’s patience and courage, saying that he was “alright”, while another said that he was “very cheerful” following the procedure.

Ahead of the operation Salvador requested that doctors play classical music — presumably to help calm any nerves he may have had.

Heart transplants are incredibly sensitive procedures. Waiting lists for donor hearts are long, and after the procedure the body that receives the new heart must accept it.

As the United Kingdom’s NHS explains, complications can follow the procedure and over time the body may reject it. However, there is reason to be optimistic. A number of studies have found that nearly 90% of heart transplants are successful (when measured one year after surgery).

On September 9, the “Amar pelos dois” singer officially stepped away from the limelight, giving an emotional farewell concert ahead of his temporary career hiatus.

Performing at the Jardins do Casino Estoril, as part of the International Festival of Culture, the quirky star sang his most beloved songs, including “Excuse Me”, “Change” and “Nada Que Esperar”.

Later that month he entered Lisbon’s Santa Cruz Hospital where he was under the observation of a skilled team of doctors who specialise in heart-related issues.

It came after a life-changing few months for the jazz singer. During Festival da Canção earlier this spring, Salvador had to cope with his ongoing medical situation and endless rumours speculating about the exact nature of his condition.

As hype built about his song and his odds of winning, the singer had to simultaneously deal with his personal issues while in an ever-brighter public spotlight.

Owing to doctor’s orders, he was not allowed to travel to Eurovision for the entire fortnight of rehearsals and shows. Instead, he dispatched his sister and composer Luisa to rehearse in his place. Moments after the announcement that she would rehearse in his place, Luisa spoke with wiwibloggs about the situation in Lisbon (video above).

Team Sobral pressed on, delivering beautiful staging that won over millions of televoters and the professional jury at Eurovision.

Following his landmark victory, the limelight grew more intense. With sell-out concerts across the country and an ever-larger profile, Salvador was eventually forced to discuss his health more publicly when he announced his decision to go on a temporary career hiatus to focus on his health. 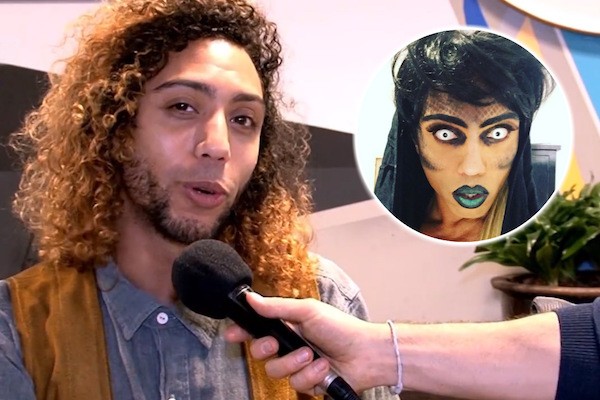 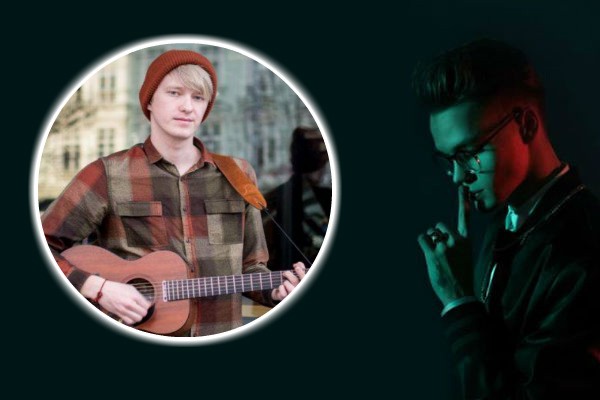 A truly wonderful year for one person…

It’s truly disappointing just how many awful comments there are here, both towards each other and towards Salvador and his family. How dare you! :/
If I were running Wiwibloggs, I would honestly consider permanently removing the comments section from this blog. It risks becoming a legal issue otherwise.
Anyhow, best of luck to Salvador in his recovery, and may he continue to sing beautiful music.

Thank you to the Wiwibloggs team for removing the most objectionable comments. 🙂

So happy for him and his family. But lol at that 12AM person not knowing what they’re talking about.

I am so happy! We now are going to hear many great things from Salvador for many years to come. My prayers go for the family who lost a loved one.

All my best wishes to the Sobral family. Very happy Christmas.

That is great news. Wishing him and his family all the best.

Awesome! I wish Salvador the best! <3

I like to wish Salvador all the best. I hope he ‘s getting well soon !!

I’m sending him my wishes and hope Salvador has a speedy recovery.

This is wonderful to read ;-))
Força Salvador!!! Te desejo tudo de melhor!
Hope to see you at Lisbon stage…

I am so happy and realived. ?

I’m truly glad to know he came out of the surgery well. Let’s hope his body accepts the new heart and he can be at Euro 2018, even if it’s on a wheelchair! FORZA SALVADOR!

Actually, he is unlikely to be in a wheelchair. If everything goes well, as we all hope it does, he is likely to make quick and significant improvements – in fact, after a return to full health, we may be shocked at how well he looks and may not even recognise him he will look that good. It really is a miracle.

Everybody should be a donor, sign up, carry a card, do whatever you have to do to make your wishes known. Such a noble and generous thing to do.

I sincerely wish Salvador all the best, that his body accepts this heart, and that he makes a full and speedy recovery and goes on to live the fabulous and productive life that he is meant to.

This has to be the best Christmas ever for them!!!

May the donor’s legacy live in him.

In Portugal everybody is a potential donor. If you don’t want to be one you should say it

Those who were saying that his health condition was fake news owne him appologies.

Happy he is healthy, but apologies…no way.
The family never told us what the problems were.

Family does not have to tell if they do not want. Some people accused him of faking it to gain sympathy. That’s a terrible accusation to make if you don’t know a thing.

Filipe
Reply to  12AM

As a matter of fact, they did. He suffers from heart failure.

Not true Robyn. Lots of jealous euro fans were claiming it was fake.

Salvador himself accused ”junk media”. I’m not against him, but, let’s be honest, he can’t have it both ways.

What “both ways”? Salvador and his family wanted privacy so they didn’t talk about his health issues. The media did what the media does and Salvador’s circumstances went on until they had to say “yes, he does have heart problems”. And then after they were practically forced (by the media or by the circumstances) to reveal what happened, some people were like “he’s milking his illness for pity votes”. Existing with an illness doesn’t mean you’re shoving it on other people’s faces.

”to reveal what happened”
They never revealed anything. Never.

”Junk media” was right and he still accused it, he said early September that he will go on hiatus, it had nothing to do with ”pity votes”. Sobral fans are nauseating.

First of all, whether the media was right or wrong is beside the point: Neither Salvador nor his family owe anyone “the truth” about his private life.

Second, when Salvador’s team made that post about “junk media”, it’s because at the time said junk media was indeed spreading rumours about him and his family. Like, not only false but actually dangerous rumors, and not only for the Sobrals. “Fake news” isn’t just putting up blatantly false headlines, it’s also taking the truth out of context and/or twisting it to make the readers fill-in the blanks in a way that’s false.

OMG Salvador-Army you are so weird. It was nothing false, Salvador situation was the worst, and I’m happy now he is well. Focus on the fact Salvador is well now, don’t ask apologies from people who were worried for him, people that are not his enemies. I will not answer to this anymore.

Miguel
Reply to  12AM

Just WOW. It’s the best news to have, and right before Christmas. He is a fighter. Wishing him a fast recovery!

This is wonderful news and it made me teary eyed Thank God and his medical team for taking care of him. Wishing Salvador a speedy recovery and come back to his biggest love: music!

Well said, Luz! What a journey 2017 has been for him. I also hope the donor’s family knows that their relative’s legacy will live on in Salvador.

By law, organ donations are anonymous.
The donor’s family may suspect — given the fact that between the donor’s death and the transplant procedure less than 6 hours may pass — but they will never know for sure their relative was the donor.

What, why? In many countries we see emotional reunions between family members and transplant receivers. I wonder why Portugal anonymizes the process?

If you have ever seen catastrophe survivors, you will see that many feel something like “survivor’s guilt”: why did they survive while so many others died? (Catastrophes don’t have to be “logic”, but anyway…)
That could (can) also happen with transplants recipients: they can really feel guilty for being alive when that means the donor died (as it is the case with a heart donor, of course). The guilt is (many believe) smaller or more abstract when you cannot “put a face and a name” on the donor.

Also, donor and recipient should have similar age, height, and weight, so the family will probably realize it…

Sending a big hug for them, and all the good energy to Salvador! May his body accept the heart and allow him to do his art soon.
<3

because in Portugal all of us are a potencial donor.

Absolutely, William, the donor is a hero. Not only for Salvador, but chances are that s/he has saved the lives of up to seven other people, and given their families the happy Christmas that they have been wishing for.