Earlier this week, the Wiwi Jury — our in-house panel of music unprofessionals — shared their top five favourite songs completing in Festivali i Këngës 56. Wiwibloggs readers also had their own top fives from the Albanan national final, and shared them in the comments.

We’ve tallied up your favourites and have come up with an overall top five from wiwibloggs readers. Let’s see what y’all think!

Xhesika Polo’s ballad “Përjetë” is the most like a traditional FiK entry and many of y’all were feeling Xhesika’s emotional expression. Reader Héctor wrote, “The song itself is a textbook example of an epic/dramatic ballad. I don’t understand what she’s singing, but I feel it. The violins add something magical to the song. Won’t be a bad choice for Albania.”

Rockers Lynx delivered the modern rock track “Vonë”. It’s one of the few rock-based songs in FiK56 to avoid a classic Albanian guitar solo. Wiwi reader Pablo wrote, “Easily the most ESC-ready of all. They got the feel of the song to a tee. Even if it could use some editing to really bring it to that catchiness level that Minus One had, this would be a really worthy entry.”

Inis Neziri’s ballad “Piedestal” divided readers the most. It had plenty of fans, but also those who thought that Albania could and should do a lot better. Reader Sabrina summed up both sides: “The thing is, Albania has overplayed this card. But if they want to play safe (on their notion of safe), I think Inis would be a fresh choice. It’s more remarkable than most of the ballads we had this year.”

Eugent Bushpepa’s dreamy and folky song “Mall” had grabbed the attention of a lot of readers. Héctor wrote, “Don’t know what he’s singing, but it makes me kinda nostalgic.” While blondboybc shared his enthusiasm: “Loved it since first listen! Unique. Powerful. Anthemic. Unforgettable. Best voice. Hope they send this!”

Orgesa Zaimi’s modern pop track “Ngrije zërin” was the overwhelming favourite with wiwibloggs readers. Y’all were captivated by her drum and bass-infused pop.  Wiwi reader Macus (Day One) recognised the song’s hit potential: “It is the only radio friendly, contemporary song and as we’ve seen that goes down well at Eurovision. It has elements of The Chainsmokers, Rudimental and that can only be a good thing. With some minor tweaking and good staging sung in either English or Albanian, this could be a top 10 entry.”

But will the Festivali i Këngës 56 selection jury be thinking the same? Eugent Bushpepa faces the selection jury tonight along with the other ten acts competing in the first semi-final tonight. Orgesa Zaimi, Inis Neziri, LYNX and Xhesika Polo will face off against the seven other acts in the second semi-final on Friday night.

The qualifying acts will then perform at the grand final on Saturday night where the jury will decide who will win FiK 56 — and we’ll have the first song for Eurovision 2018.

What do you think? Is the FiK 56 winner in this list? Who should Albania send to Lisbon? Share your thoughts below! 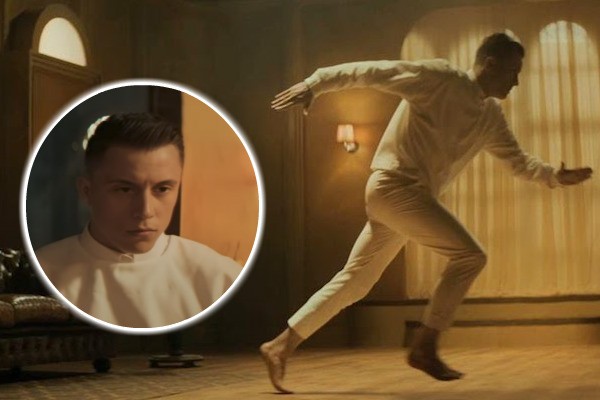 I’m late to the party, but Orgesa Zaimi is the only one to stand out for me. The song gives triphop vibes paired with pure pop. I like the brass and the drum beat. Hope she wins and we get to hear the refined remake version in Eurovision.

My preliminary favorites from tonight are Une and Mall, but I really wish to see who will impress me the most in the live performance. Most songs are at least fine.

WHAT ABOUT ARTEMISA??!!? MY WINNER

I’m listening to the ‘favorite’ for the first time, and I must say it really deserves the praise. It’s fresh, she isn’t screaming, and it would work perfectly in English. But watch those jurors come through with their stale taste and send Piedascreech.

Thank you for taking my opinion under consideration, Robyn. 🙂

Thanks so much for counting on us! I would love to see more readers polls like this one. I try to do my best while reviewing the maximum NF I can. 😀

About the reader’s top 5, I agree in all except “Piedestal”. I think it would be a mistake and won’t qualify.

I want to clarify that I love “Mall” and it’s my favourite for the win. When I say it’s nostalgic, I mean that the song itself and the background music brings me back memories about “past adventures”, but that’s great for me, even it could sound sad!

I think FiK is much stronger than in previous years this time but they seem to have a clear divide in quality between the two semi-finals – very few songs from the first show deserve to qualify while pretty much all the songs in the second should. It will be interesting to see how the jury votes and who ends up winning.

I have one concern about “Mall”. They might have to do an Italy on it and butcher it to cut it to three minutes. I just wish they could send it in full.

The NA & Festina Mejzini duet should be in the top 5-more than that, it should win!

Shame that so many people think Contemporary = good. The highest impact of the 3 and the song with the highest quality is Piedestal. Hopefully Albania make the right choice.

Really Good job on listening to your fans and taking their opinion into account!
I appreciate this.

Piedestal isn’t a bad song, but it’s “pretty much the same”.

Orgesa is still my favorite, but I really expect Eugent to win. Very surprised that Artemisa hasn’t made more of an impact. That seemed like prime Eurofan song.

Albania has 3 options to choose. It has to be either Inis, Eugent or Orgesa. When I first heard Orgesa’s song, I was like “wth.. why does everyone like it?!” But after listening to it plentiful times, I must say it’s really catchy, and radio friendly. It would be a big change for Albania after all those female ballads. Furthermore, I really do think that if Orgesa has a good staging, she could do really well. Eugent is another option. Although, rock isn’t really my cup of tea, I have to say that I pretty enjoy Mall. Eugent’s voice is… Read more »

I do still enjoy Manjola Nallbani’s entry more, but LYNX’s is growing on me after each listen, and I so think it’s the best song for the ESC format (also a refresher from so many divas we had since 2014). First of all it is already 3 minutes, that’s a plus, while the intro pulls you in and the chorus has that singalong factor (oh-ohoh-ooooh), regardless of language. Wish it was a bit more bombastic in a way, but that is just me.

Ngrije Zërin sounds like if a song similar to “I’ll Be Around” by Elly V (AUT 2016 NF) was sung by Dihaj, imo.

I still want Inis to win, and would be equally happy if Eugent wins.

I’ve already said that I love Orgesa SO SO MUCH so I’m glad she’s first in this vote. It gives me a lot of hope 🙂 I like all 5 of the songs on this list and I’m glad to see Përjete not underrated. Throw in Lorela’s song for a bit of diversity and you have a solid top 6. My list would go something like: 1. Orgesa 2.Xhesika 3.Lynx 4.Inis 5.Eugent 6.Lorela 7. basically everything else If one of the 6 I’ve mentioned wins I’ll be happy and if Orgesa wins I will be over the moon as I… Read more »

Hi Robyn: thanks for sharing my opinion on Eugent Bushpepa! Much appreciated! I feel famous now! LOL! Happy Holidays to everyone at wiwibloggs from Canada, eh! 😀