Yesterday Bulgaria‘s broadcaster BNT give clues for four of the 13 songs vying to be chosen in the country’s internal selection process. This morning the broadcaster has dropped clues for three more songs.

Things got started on Saturday when the broadcaster shared some information about the entries received in its 2018 song submission process. Of the 202 songs entered, there were 13 viable projects — and those 13 are now going to be screened by focus groups.

So far the broadcaster has only revealed the titles of the 13 songs. The associated artists are still top secret.

First revealed is “Two Hearts Collide”. It’s described as having “contradiction feelings”, is performed at a “mid tempo” pace, is “commercial reggae”, has a “strong chorus” and is “contemporary.

Next was the dramatically titled “Cold as Ice”. Its keywords were very simple. The song is performed by a “duo”, it involves a “key change”, it’s “up tempo” and “Eurovisionish”. As much as this might sound like the perfect entry, these classic “Eurovision song” elements have fallen out of favour in the song contest in recent years and are not a guarantee of a successful entry.

Finally today, fans were introduced to “Collide” — the second song on the list that involves a collision! Like a few other songs, it’s described as “radio-friendly”. It’s also “mid-tempo” and feels “very current”, “edgy” and is “RnB inspired”.

The 13 songs in Bulgaria’s internal selection

Song titles in bold are the ones with clues revealed.

The BNT team will reveal the descriptions of the remaining six songs over the coming days.

What do you think of the descriptions of “Two Hearts Collide”, “Cold As Ice” and “Collide”? Who would you like to see represent Bulgaria in Lisbon? Share your thoughts below! 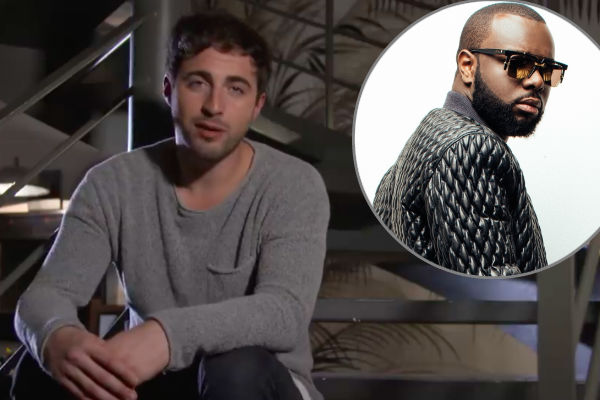 “Two Hearts Collide” doesn’t sound that great.
“Cold as ice”: I’m not sure how a duo would work for Bulgaria. I prefer one artist personally. Also, Eurovisionish is not an encouraging description. I feel like it’s from the 2000s.
“Collide” has the best description among the three. Radio friendly, current, edgy.

I don’t know why everyone is so upset by them giving info about their selection. Yes, it’s an internal selection and no, we won’t hear the rejected songs most likely. However, ever since their return BNT has tried to be very open and transparent with the community regarding their artist/song selections. This is just them trying to keep us updated with what’s going on and to keep us interested.

Personally I was not “upset”, but I was definitely “confused.” Thankfully, Robyn and Tihomir are here to explain more about the aims behind BNT’s decisions, and I’m grateful. 🙂 I will however concede that it is somewhat “frustrating”, especially as a songwriter, to be given “descriptions” of song candidates and then never to be able to actually hear 12 out of the 13 entries. I understand now that transparency is important in Bulgaria, so okay, that’s fine. It just wasn’t clear from the beginning what we were going to be able to hear, hence why I made a “loud noise”… Read more »

There are some key phrases I’m worried about: “Strong chorus” usually means “weak verses”/”lengthy intro”. I’m not the biggest fan of reggae music, but overall, it sounds interesting. “Cold as Ice” sounds like it’s the worst one of those “revealed” so far. The tweet reminds me of Terry Wogan, who usually introduced the worst entries of the night by saying “The next song is what you might call a ‘Eurovision’ song.”. “Radio friendly” usually means “boring” whereas “very current” means “the chorus reminds you some song you’ve recently heard on the radio”. But at the same time it’s “edgy”? Is… Read more »

I honestly don’t think they’re being super shady with those descriptions. Yeah, some of the songs will be better than others, but sometimes a strong chorus is just a strong chorus. I mean, “Heroes” and “Rise Like a Phoenix” could be described as having strong choruses. 😀

But I am in agreement about the keychange/Eurovision song. It needs to get back to 1986!

This “revealing” by BNT makes no sense to me in its current form. It raises more questions than answers.

Robyn: Have I missed something here? Apologies if I have. But if not, please could there either be a bit of investigative journalism on this, or some kind of clarification?

Specifically: What is the broadcaster trying to achieve by releasing this information? Is it asking the public’s help to make the decision? Will we be able to listen to demos of the songs? Will some of the artists be revealed prior to the final decision?
Thanks in advance. x

As far as I know, the only song we’ll get to hear is the selected song. The selection process itself will be done internally. BNT is just doing this to generate interest in their selection process, to give something to the fans.

They’ve said before that they’d like to do a national final but are unable to for financial reasons. So this lets them have a bit of fun and excitement on a budget!

Thanks Robyn. 🙂
It is sure getting a reaction, so far.

BNT team said that they want to stay open and close to the fans as much as possible in an internal selection, instead of just releasing the song. They also said that around 100 people will be involved in the selection process including fans with twitter accounts.

Ooo. How intriguing. Thanks. 🙂

If they don’t have budget for a NF, they could always do something similar to San Marino: Release the songs and make an online poll.