It’s been a week of reveals, but it’s finally coming to a close. Armenia’s 1TV has now revealed all 20 of the competing songs in Depi Evratesil 2018, after the release of the final five songs this morning.

Today’s last five acts might not have the star power that some of the previous days had. Still, there’s some real talent in here. Armenian folk band Gata Band enter, as well as Voice of Armenia act, Robert Koloyan.

Gata Band’s vision is to revive interest in old Armenian folk music, and bringing it to a modern audience. For that reason, they’ve been labelled the Armenian version of Georgia’s Trio Mandili!

Gata Band have had some success breaking out to a wider audience as well, though. In 2016, they worked with British singer Joss Stone to release a song, putting them firmly on the international scene.

Lusine Mardanyan — “If You Don’t Walk Me Home”

A new name on the Armenian scene, Lusine actually has considerable ties with another entrant this year. Lusine is part of Tamar Kaprelian’s Nvak Foundation, and describes herself as a singer-songwriter.

She composed the music for her Depi Evratesil entry, “If You Don’t Walk Me Home”, herself. Can the student overtake the teacher in this contest?

Based in Poland, solo artist Maria’s Secret is a real mixed bag of styles. Describing herself as “rap, hip-hop, pop, R&B and gospel”, it’s clear that she could bring a lot to the stage.

Not only that but she’s recently lent herself to some voice acting too, starring as rapper Cardi B in an animated parody video.

Not the same Mariam Petrosyan who’s the award-winning painter and novelist, don’t worry. In fact, not a lot is known about this particular Mariam!

Mariam composed and wrote the lyrics to her Depi Evratesil entry “Fade” all by herself. One woman show, y’all!

Robert Koloyan — “Get Away From Us”

A Voice of Armenia alumni, Robert participated in the latest season in 2017. His audition song was, fittingly for this contest, “Rise Like a Phoenix” by Conchita.

Robert made it through to the knockout stage as part of Sofi Mkheyan’s team. Will he be able to make it all the way in Depi Evratesil?

That’s it! We’ve now heard all twenty of the competing entries for Depi Evratesil 2018. Who do you think should be the winner? Let us know in the comments section below! 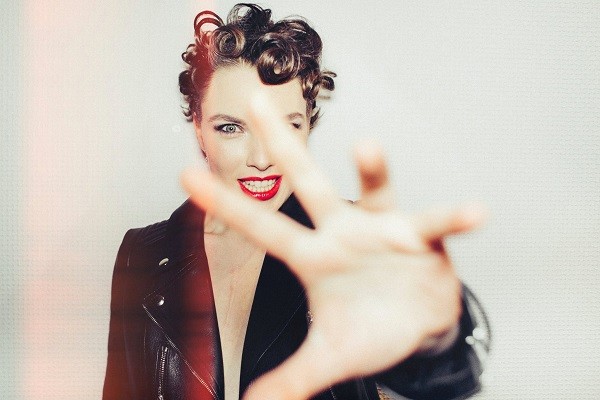 “Shonga”: I really like it’s traditional, but I don’t think it would do well at Eurovision.
“If You Don’t Walk Me Home” and “Fade” made me bored I have to say.
“Escape” is a pretty good song, though I’m not a fan of the rap part.

The best song among the five is “Get Away With Us”. Modern sound, great voice, strong entry.

Well, it looks like Armenia saved the best for last! All the songs from today are actually good: Lusine Mardanyan – If You Don’t Walk Me Home: I thought she was a man when I first looked at her OMG! But she has a nice voice and the song is also sweet, sounds like Cyprus 2015 or Netherlands 2014! It could be a make-or-break, for me it stays in the middle, but it’s a nice song! 8,5/10 Gata Band – Shogha: At first, this song caused me a lot of strangeness, I thought also that it looked like an Indian… Read more »

tbh I think people are under estimating some of the songs in this NF, I think there are some quality songs, ‘Poison’ ‘You and I’ and ‘Waiting for the sun’ could do very well in Lisbon

& Kamil wins my vote in this final!!! but Realistucally I’ll be most happy with tamar winning.

Of the 5 my favourite is Robert Koloyan…. of the national final I think it’s a bit of a bore… IMO Armenias chances of qualifying are slim (23rd to 26th)

I seriously believe Asmik can win eurovision, if armenia sends her

A new bunch of average songs, but there are some decent entries like Luisine Mandayan, Mariam Petrosyan and Maria’s Secret. But from the 20 songs I can’t see any potential qualifier in Lisbon…

To be honest, I don’t like any of the songs in this national final. They are so boring and old fashioned. The only song that I managed to listen the whole three minutes was “Puerto Rico”. LOL. Seriously I think that at this point the only entry that kinda stands out is of Kamil.

Having all 20 songs I can say just one thing – Depi Evratesil’s level is higher than many other selections so far ! Kudos guys!

Robert Koloyan and Maria’s Secret are the best ones here. Although i liked some elements of the traditional Gata band song “Shogha”, but it seemed rather repetitive in the end.

Maria Secret’s song surprised me. It’s becoming one of my favourites. Robert Koloyan is also good. Let’s see who will win.

I liked Maria’s Secret’s song. But there it is: we know all the 20 songs and no one is really memorable. At least Armenia has been doing well with staging and camera work, so they can call some attention even with just OK songs.

From what I remember…
Tamar’s song and that male ballad (Qamin?) are the two best entries. “Puerto Rico” is catchy and funny, but it isn’t something for a Top 10 at ESC, which probably is what Armenia want.
Btw, there are way too many ballads in this selection.

Kamil is the best of te bunch. Tamar is fine but misses some fire or some spicyness. Asmik is a bit too generic in my opinion, won’t stand out much in eurovision.

Now that all the songs are out here’s my dinal Top 3: 1. Kamil Show – “Puerto Rico” (It’s such a fun song and it definitely stands out from the rest of the participants of DE18 and would probably stand out among the ESC18 participants as well. But I can’t see armenians supportin it for some wrong reasons unfortunately) 2. Asmik – “You & I” (I like that she has international team working with her and the song is quite good. If she’s a good live performer, she can also do well) 3. Amaliya – “Waiting for the Sun” (I… Read more »

I think this will be between Tamar and Asmik, though Angel and Amaliyah can contend with them too. Kamil Show might pull a surprise

Only 1 song among the 20 catches my attention, and it’s a good one: Robert Koloyan — “Get Away From Us”

Tamar all the way!

This last batch of songs came really weak. For me the best ones were Angel, Tamar and Asmik

I seriously don’t like any of the songs in this selection. The most of them sound dated and boring. I would love to see Kamil as a winner, because at least it would be fun and sth different from Armenia. Good luck

Lol, Depi evratesil is so underwhelming, if you consider former Armenian entries.
The only song that could have a chance is Tamar’s song.

Lusine seems to be nice, but Tamar is my winner 🙂 I dont see Asmik high in the ESC.

Best song belongs to the international team behind Asmik…The rest have no chance!

1: asmik
2: kamil show
3: tamar
Armenia can really nail it this year if they make a right choice!

Asmik is #1 for me!
She rocked!
I imagine Asmik on SUNNY Lisnon’s stage along with many boring ballads! She will rock it QUEEN!
One & Only winner of Depi Evratesil #1.

I have expected more from Robert Koloyan. What can I say – it’s just meh-hhh…I like Maria Secret’s song , very modern , hip-hope styled song, can make it good in Depi, but it’s not a winner song. Others: I was listening from 30 sec and I stopped. Conclusion: The strongest ones are Tamar, Asmik and Kamil Queen. I am quite sure , Kamil would be 3d. The bloody battle would be between Tamar and Asmik. Tamar has very modern ethno-song which is very different from other swedish Eurovision songs and she has good stage , the creative director is… Read more »

I used to have Waiting For The Sun as my number one song, but not anymore. Fade takes the cake!!

Not one memorable song among this 20, sorry, try again maybe next year.

You’d better be sorry for you stupîdity.

For me, the clear winner is Asmik. Hope shi will win!!!!
Today’s songs have good quality and overall are better. 🙂
Good luck to everyone!!!!!