Let you body move to the music! She’s the multi-award winning singer-songwriter, who placed runner up on the fourth season of Australian Idol and hasn’t looked back since. And now Jessica Mauboy has a new accolade to her name, after fashion magazine Vogue Australia named her among it’s 2018 Game Changers.

The list, which is a new initiative from Vogue Australia this year, represents 100 people the magazine says are “affecting change and championing causes.”

Jessica Mauboy has been nominated for the use of her platform to promote greater inclusivity in Australia. Mauboy has made extensive use of her career to promote Australia’s Aboriginal Community and Culture, including her work in television and film on projects like The Sapphires.

JESSICA MAUBOY NOMINATED FOR APRA SONG OF THE YEAR AWARD

Mauboy is a veritable Australian golden girl, with 24 nominations from the ARIA Awards, and two wins to her name since she launched her career in 2006.

She’s now received another nomination for “Song Of The Year” at the APRA Awards. The APRAs recognise songwriting skills, airplay performance and sales in Australasia.

The nomination is for Mauboy’s 2017 song “Fallin'”, taken from the soundtrack album for her show The Secret Daughter, which went double platinum in Australia and reach #11 on the charts.

Four years ago Jessica played a key role in the closing ceremony of The Commonwealth Games 2014, performing as part of the transition between Glasgow and Gold Coast, alongside Australian icon Kylie Minogue.

This year’s Commonwealth Games are now less than a month way and Jessica has played key role in the build-up. 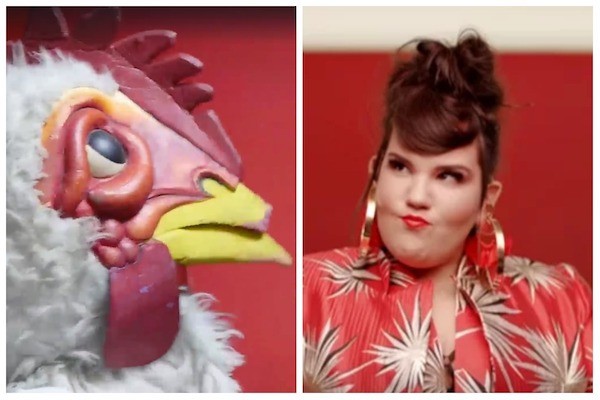 Jessica Mauboy is my favourite this year.

Its time to Australia say goodbye to Eurovision. Circle is made, Jessica from Australia was guest at Eurovision 2014 , Australia has debut in Eurovision 2015 as guest and one time participation , EBU said that they wili particiapate again only if they win in 2015. They lies us. And Jessica is now represent Australia in contest.

I dont want them to leave Eurovision! They bring SO much quality to the Contest for years now…Jessica is definitely a Potential Winner for me!

Australia bring a lot of credibility to the contest. Israel isn’t in Europe, and for many Georgia, Armenia and Azerbaijan are Asian rather than European.Get over it.

Show me another Western country bringing an artist as successful as Jessica this year.

Australia is very average this year. Definitely not a top 10 but juries will save them. Song & artist very average.

from a land far far away

I can’t wait to see her performance. She’s also a fabulous dancer and I can see the audience going off when she gets on the stage. Top 3 and hopefully the winner.

If the winner is a generic song on the same loop, well the contest is probably dying.

Unnecessary comment. The very definition of being a d*ck.