One year ago he was ready to “Yodel It!” together with Ilinca Bacila on the Eurovision stage in Kyiv. While his partner moved on up to sit on Romania‘s Selectia Nationala jury, Alex Florea crashed in the semi-finals and is now trying his luck elsewhere. His latest attempt to achieve stardom is the talent show The Four, where Selectia Nationala 2018 finalist and Wiwi Jury favourite Feli is a judge.

Over the weekend, Alex competed in the new talent show Cei 4! – The Four, which mimics the formats of both The Voice and X Factor. For his audition in front of the four judges, he performed a cover of  Bill Withers’ “Ain’t No Sunshine”, not before throwing some shade on Romania’s music industry. Being asked why he entered the competition after he already made a name for himself, Alex said that he was not happy with the direction of his career and that he wanted more artistic integrity.

I am disappointed that everyone wants to push whatever sells, to make money now and they don’t care about the artist and what he goes through. And I don’t want to be one of those who disappear. I’ve been pushed aside in favour of big sellers.  I usually sing rock music, but I’ve been told that rock doesn’t sell. There were moments when I wanted to give up, because people around me wanted to change who I was.

The jury, which also included pop star Antonia, Moldovan sensation Carla’s Dreams, and hip hop artist Cheloo, praised the rocker’s performance as one of the best of the night. Feli in particular congratulated Alex on overcoming his nerves and the odd off-key note.

Eventually, he advanced to the next stage: a duel with a fellow contestant. This time, Alex took on Deep Purple’s “When A Blind Man Cries”.

This time, the audience in the studio decided the winner, and they went with Alex Florea. After beating his fellow contestant Angelo Simonica and eliminating him from the competition, Alex is now occupying a seat among The Four best contestants — at least, until next week’s challengers take to the stage.

Previously, Alex was a contestant on both Romania’s X Factor (in 2014) and The Voice (in 2015), where he reached the semi-finals. Last year, together with Ilinca he won Selectia Nationala with “Yodel It!” and went on to represent Romania at Eurovision, finishing seventh on the Grand Final scoreboard in Kyiv.

Update: After just one week on the show, Alex Florea was eliminated by rapper Lu-Chan on 7 April. 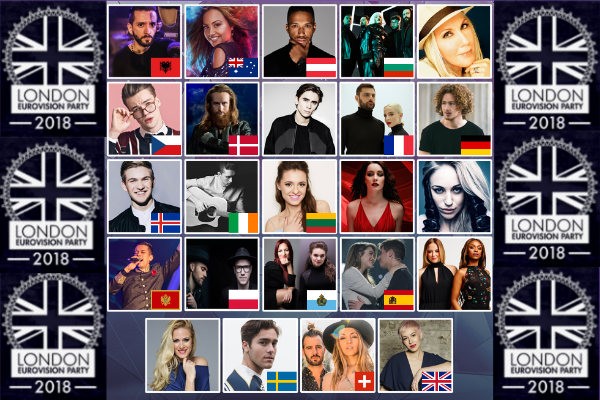 London Eurovision Party 2018: Send us your questions for the stars

This is guy is so pathetic.

All the respect for what he said. Sadly, it is the truth, the musical industry of Romania is full of mediocre artists, it is all about the record labels. And all are going a tipical genre, usually very cheap music used to play in clubs. Rock doesn’t sell because it is not wanted to sell, not because it couldn’t. If Carla’s Dreams sell, surely rock could sell so well.

Oh Alex I dont like him after speak about Salvador. Really bad looser

Feli had surgery to have smaller stomach and eat very little. She lost a lot of weight, but now she has no energy, teeth look fake and her hair looks as bad as Kellyanne Conway’s hair. Is obvious she lost weight in the wrong way.

For me is not good, that some singer who sang in Eurovision and represent their country, after that go to try their luck in some kind of talent show in their country or some other countries.. We had many singer in past to do that Geir from Finland 2005, Nuno from Belgium 2005, Aminata from Latvia 2015…

Usually I would agree, the problem is that they are not respected as they should be. I mean, especially after a top 10 last year in Eurovision, you would have expected to see some Alex Florea’s songs on the radio or on TV, especially that he has a very good voice, he’s also a charmful artist. However, nobody took him at a higher level, he had 3-4 months of fame with Eurovision, than he got back from where he started. And that happened with a lot of Romanian artists after their Eurovision participations, not to talk about Ovidiu Anton, who… Read more »

no offense..but i don´t like this singer i totally dislike his attitude during eurovision 2017…

Man, people are so pathetic some times. They want to avoid to offend… What was exactly his attitude? Salvador Sobral won the Eurovision for his condition. Like Netta is favourite this year for her message. Why to not say this things?! They are the truth. Eurovision is too less about music these days, which is not normal. Salvador is not a victim of nobody, he got success and I’m afraid that not because of music. Even though I would want to be wrong, cause his song last year was a good one. And normally I am happy that such a… Read more »

Wow, I’m surprised how quick The Four made it to another country. It only just debut in the US just a couple months ago. Congrats on P. Diddy for making more money.

he was at the voice romania , x factor and romania got talent .. and now this.. whats next

And of course, at Eurovision. If nobody has “discovered” him yet, nobody will.

How many talent shows he needs to attend to realize that he’s untalented and irrelevant?